Boschung has announced that Chicago O’Hare International Airport has acquired another 36 Jetbrooms, adding to their existing fleet of 29 of the same vehicles already in successfully use for Chicago’s winter operations on the airport.

With over 900,000 aircraft operations a year keeping 7 runways and all the taxiways operational for traffic movement at Chicago O’Hare International Airport is imperative all year long. The Airport is currently the busiest airport in the world for operations serving non-stop flights to 250 destinations in North America, South America, Europe, Africa, Asia and Oceania. Over 83 million people travel through the Airport every year. O’Hare has four numbered passenger terminals with nine concourses and 191 gates.

The multi-purpose Boschung Jetbroom and its unrivalled concept is the most powerful and efficient snow clearing vehicle which is specialized for airports on today’s market. Its unique compact design, which was launched in 1985 is built with an exclusive single heavy duty chassis, allowing convenient mounting of work equipment on the platform.

The blower-sweeper-blower approach of the Jetbroom consists of a broom between the front and back axles of the vehicle with air blowing jets in front of the broom to blast the snow, slush and water, which is lifted by the broom to the side. A second air jet is blowing the left overs behind the broom. This results in a lower angle setting of the sweeping unit, which increases cleaning width and the working speed for a clean and black runway with superior efficiency.

The plow attached to the front of the truck is 27ft (8.4 m), and a high capacity bulk or liquid de-icer fitted on its back make the Jetbroom a perfectly multi-purpose winter machine.

The Jetbroom also comes with a summer kit. 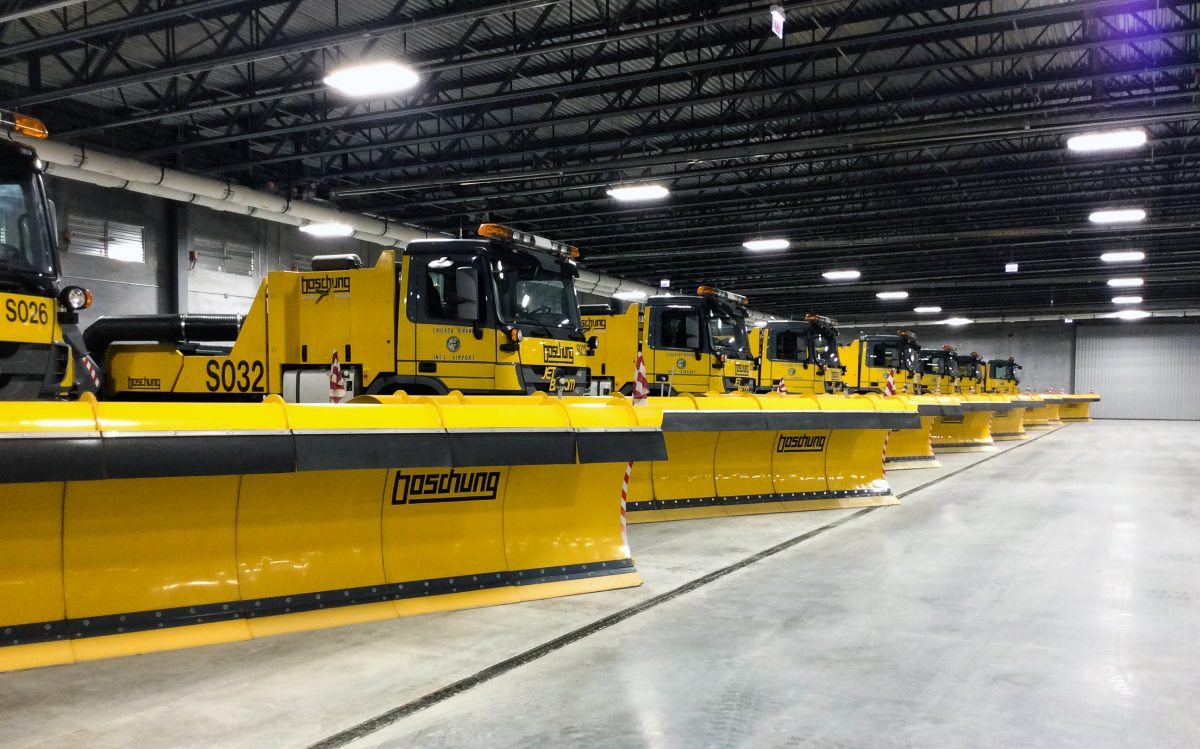 Boschung is a Swiss company with worldwide activities. Boschung is the world leader in Surface Condition Management. The group develops, manufactures, operates and services comprehensive integrated solutions for the efficiency and safety of traffic surfaces. Today the group covers three continents with 12 locations in 10 countries.

From Ice Early Warning Systems to prevent the formation of ice to snow removal vehicles, mobile and fixed de-icing equipment to management platforms and applications, Boschung provides solutions for the security and the efficiency of roads and airport traffic ways.