ULMA takes part in construction of the Toowoomba Viaduct in Australia

ULMA takes part in construction of the Toowoomba Viaduct in Australia

Toowoomba is a bustling city in the Darling Downs region of southern Queensland, Australia. The Toowoomba viaduct project, which extends 41 km in length, will create a safer, faster, and more efficient route connecting the main mercantile and cargo ports in the region.

The project will also redirect all heavy goods traffic away from the financial district of the city.

The partnership between ULMA Construction and UNISPAN, ULMA’s official distributor in Australia, made it possible to complete the main viaduct stretching more than 800m (Bridge 9) in accordance with the clients established timeline. 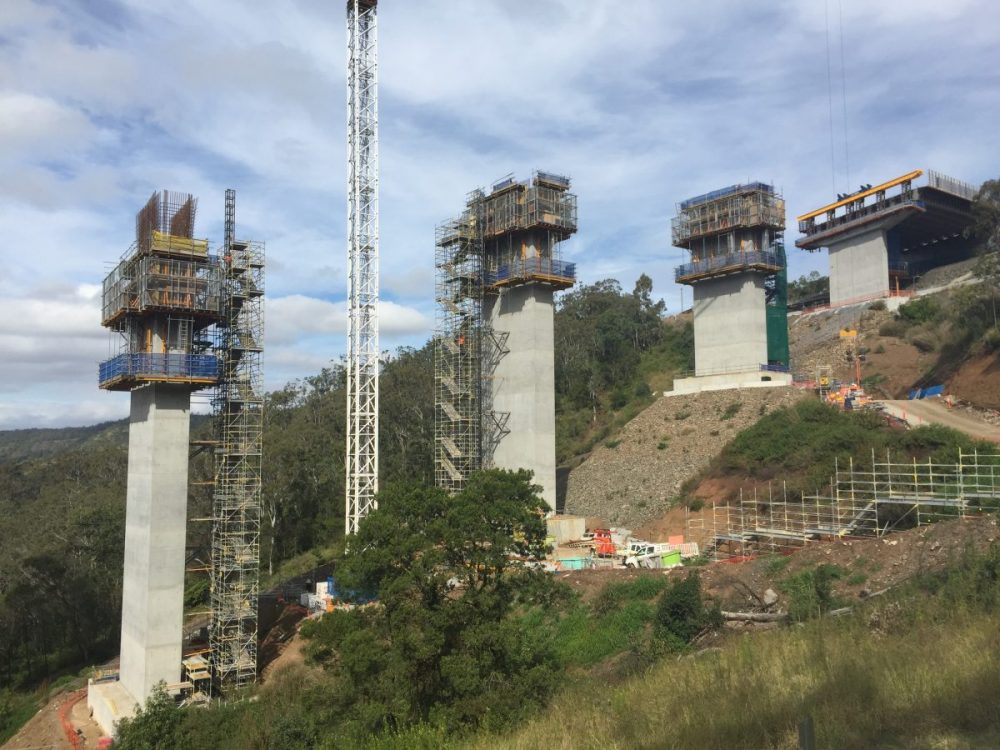 The structure consisting of 21 piers reached a maximum height of 46m and was built using the RKS Formwork System. This guided climbing formwork system allows vertical advancement without damage to the face of the structure.

The lifting structure was built using MK profiles that provide versatility, adapting to all worksite requirements, including the configuration of working platforms and safe access points. 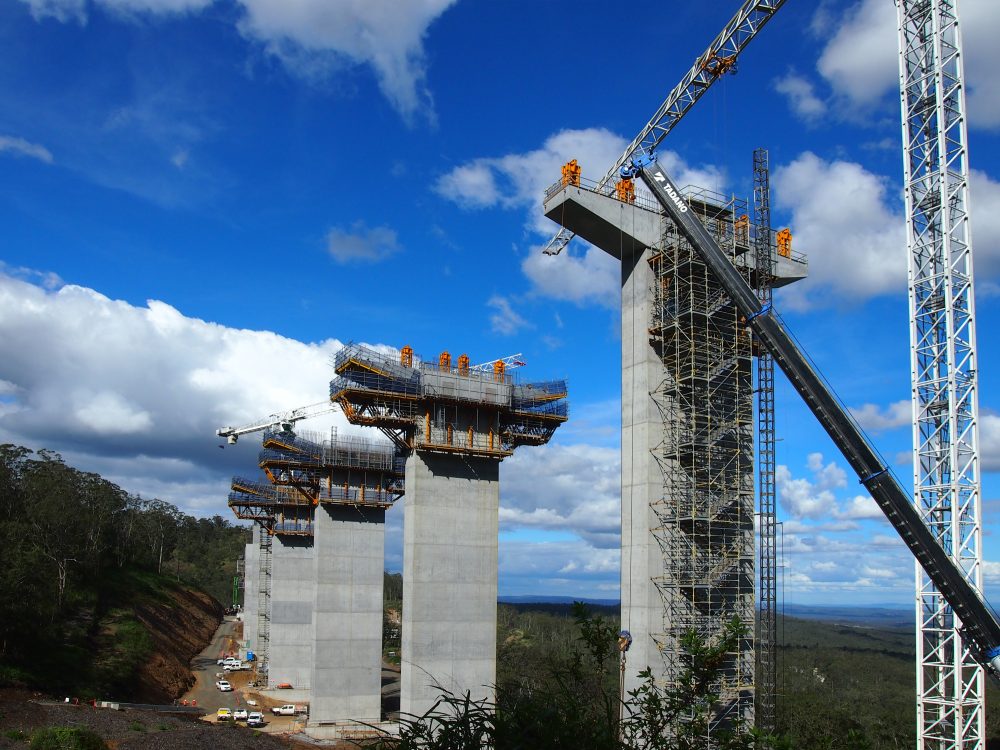 As a support structure for the pier heads, Heavy-Duty MK Brackets were employed as they can adjust to any dimension, like the formwork system.

With a cantilever of more than 6m extending out from the sides of each pier, the formwork shaped the pier heads weighing more than 1000 kN each. The Heavy-Duty MK Brackets combined versatility with the ability to support these heavy cantilevered loads. 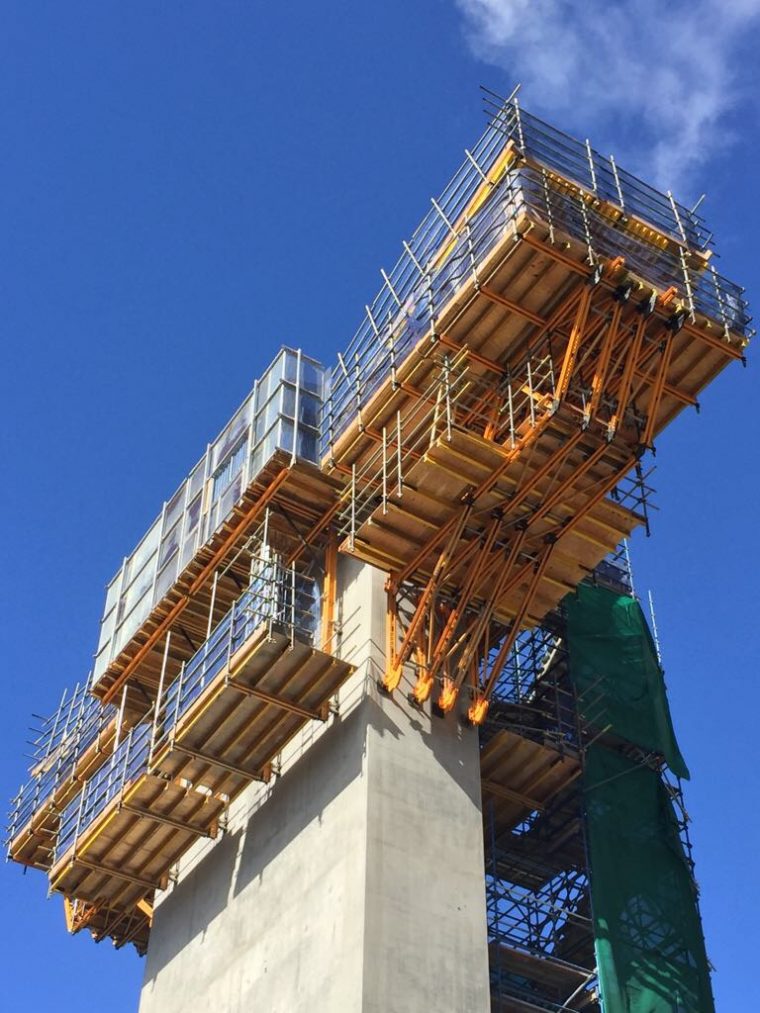 Wide working platforms, measuring 2.6m in width, were built around the piers using the MK System. Work was thus carried out in complete safety underneath the deck structure. 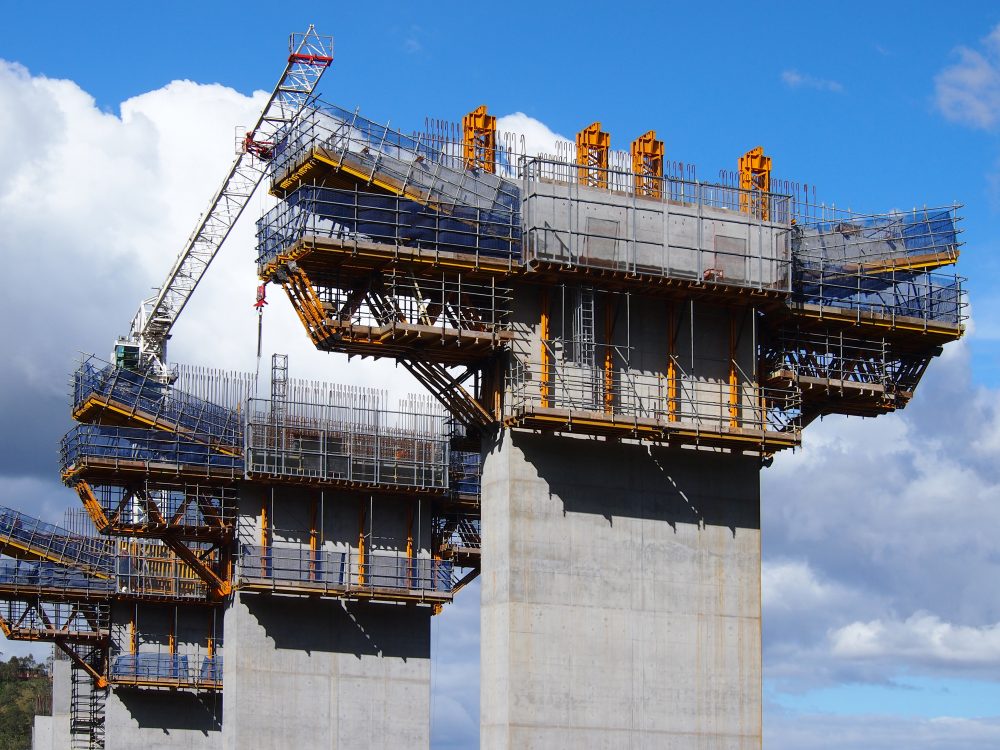 The hollow interiors of the piers were built with the KSP Platform, a simple solution for supporting the formwork when working in restricted spaces. The system employs standardised MK components to cover any distance necessary.

0 0 0
Previous : Transport for London looking forward to an all Electric City
Next : Hyundai Motors introduce an all electric double decker bus