Builders on one of Bristol’s biggest developments will be adding a green tick to their environmental credentials thanks to an innovative partnership with Brompton Bike Hire.

Construction workers at the landmark Assembly Bristol project will saddle up on eight iconic Brompton bikes to commute to and from the site and help ease local congestion.

A solar-powered Brompton Bike Hire dock has been installed this week to give workers access to the fleet of folding Brompton hire bikes in a first-of-its-kind campaign.

The installation, which also involves partners Galliford Try, Axa IM Real Assets and Bell Hammer, will be the first of its kind in the UK at an operational construction site. Previously, bike hire docks – there are more than 40 around the UK – are put into place for the public once development projects are completed. 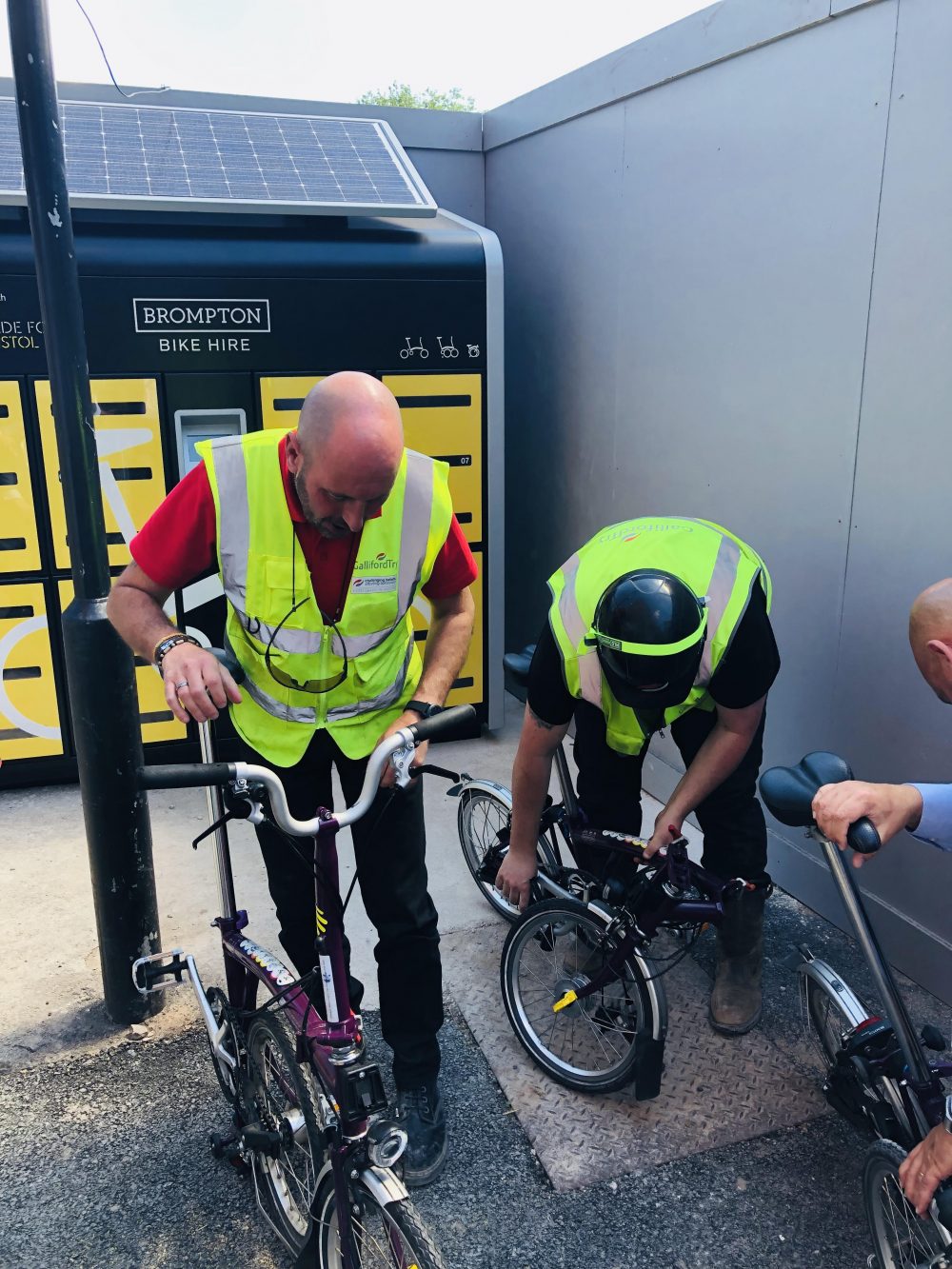 Brompton Bike Hire MD Julian Scriven said it made much more sense for a dock to be in place from the start of a project rather than at the end.

“Although the concept of installing docks from the start to allow site staff access to the bikes to get to and from work seems fairly simple, it’s just not something that’s currently done,” he said.

“On-site parking can be really problematic for people working on projects like Assembly Bristol due to the fact that town and city centres are notoriously short on parking places. We know that embedding cycling as part of the normal daily commute not only brings great health benefits, but is vital in helping to reduce congestion and CO² emissions in our towns and cities. 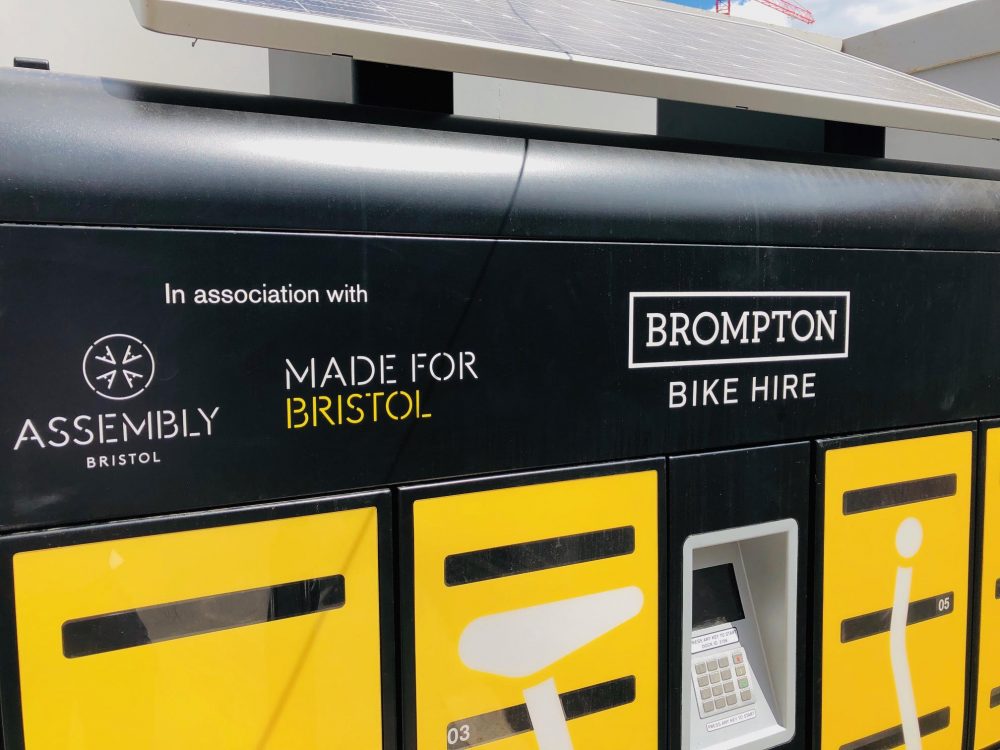 “A project we witnessed at a building site in Manchester made us realise we should be thinking differently. Staff at that site were parking outside the city centre and using dockless bikes to travel the final few miles to get to work. But at the end of their shifts, there were no bikes around to get them back to their cars.

“We realised that if Brompton Bike Hire docks were installed at the start of the build, they would not have had the same reliability problems. Our bikes can be pre-booked so they’re always there when you need them. It’s more like temporary ownership than bike hire, as our bikes are yours for the day once rented.”

Bell Hammer’s development manager Patrick Davis said: “We have worked with Brompton Bike Hire on a couple of previous projects, including Assembly London, so we know the cycling facilities it provides are first-rate.

“When we started discussing the concept of getting the dock into place at the start of the build, it just made so much more sense. It’s exciting to see the project coming to fruition.”

In total, Assembly Bristol, adjacent to Temple Way, will create up to 300,000 ft² of flexible office and retail space.

Mark Wusthoff, Area Director for Galliford Try, said: “As a people-orientated business, we are always looking for new and innovative ways to help our staff improve their wellbeing and help sustainable behaviours. This initiative is fantastic way for our team to get around the centre of Bristol in a quick and efficient manner while improving their health as well. As a keen cyclist myself, I can’t wait to give them a try the next time I’m down on site.”

Bristol currently has two other Brompton Bike Hire docks, one at Temple Meads and one at Bristol Parkway. Bikes can be hired online or via a text message for as little as £3.50 per day, making it the cheapest way to hire a bike in the UK.