ALE performed a time-critical double bridge replacement in the UK for the Newcastle Metro and the Tyne and Wear Metro. The system serves 36 million passengers each year and the vital bridge replacements will help to ensure the infrastructure’s long-term future.

The bridge replacements at Beach Road in Tynemouth and Burnside Road in Cullercoats required ALE to first remove the old bridges, weighing 55t, then install the new ones, weighing 200t.

The operation was on a tight schedule, with ALE having a 52-hour possession to perform each bridge replacement over consecutive weekends. It was crucial that the two operations were completed within the possession period to ensure disruption was minimised.

To ensure the civil transportations went as smoothly as possible, multiple items of street furniture needed to be removed. This required a great deal of co-ordination with numerous parties, including multiple energy companies and two different councils – North Tyneside and Newcastle City. 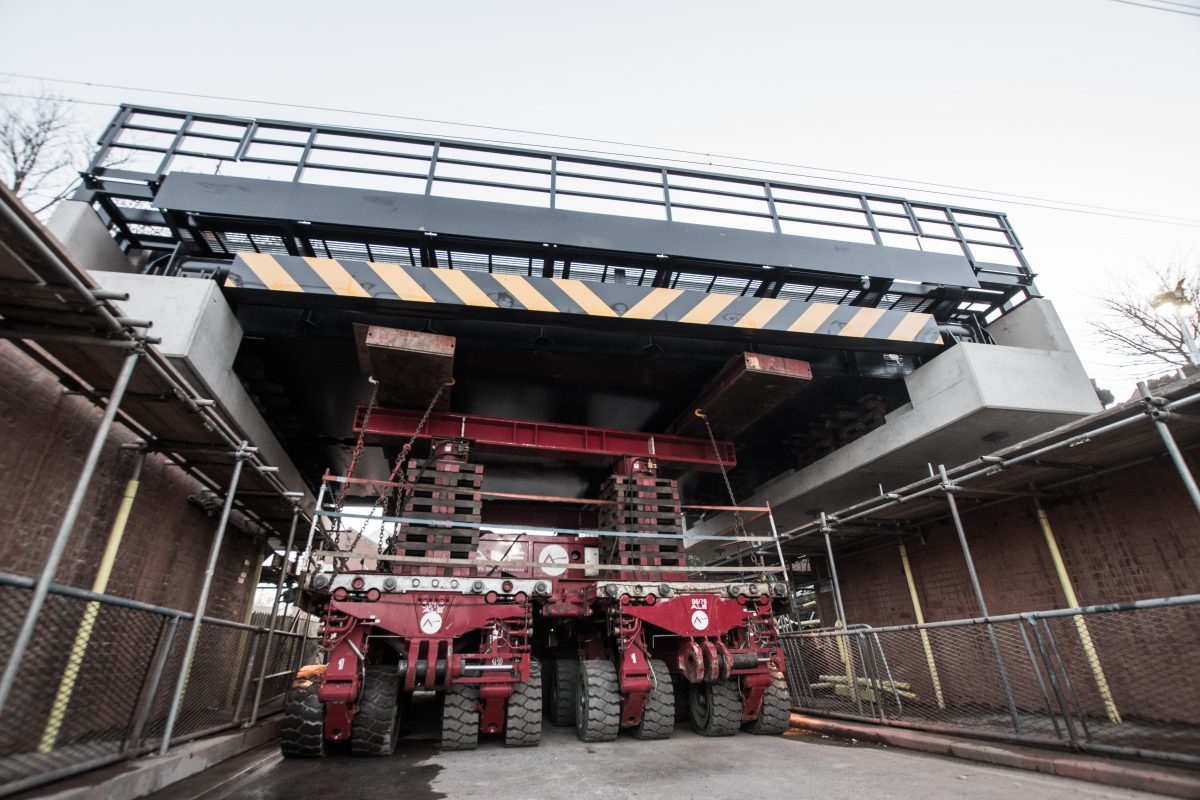 The transportations included large road movements through Tynemouth and even with the street furniture removals, the manoeuvres through the city centre remained tight. The expertise of ALE’s SPMT operators contributed to a safe and efficient operation.

ALE completed each of the transportations using 24 axle lines of SPMT in a 2 x 4 file 6 configuration, with the bridges supported using ALE trestling.

The operation was completed as part of a modernisation project for the region’s metro system, which first opened in 1980.