This was the second Primary Engineer event at Plantworx and was very well attended with more than 70 pupils taking part, joined by a host of judges from sponsor companies. The local Primary schools battled the driving rain and brought their carefully engineered vehicles to the ‘Celebration Event’ ready to take part in the competition.

It was the judge’s role to talk to the school teams individually about how they designed their projects and what methods and preparations were used. The teams were also judged on their communication skills and the best theme of the day!

Many of the Perkins engineers in attendance (12 in total) had worked with the schools leading up to event, offering their advice, assistance and provided the children with an insight into the world of engineering and what it could offer. 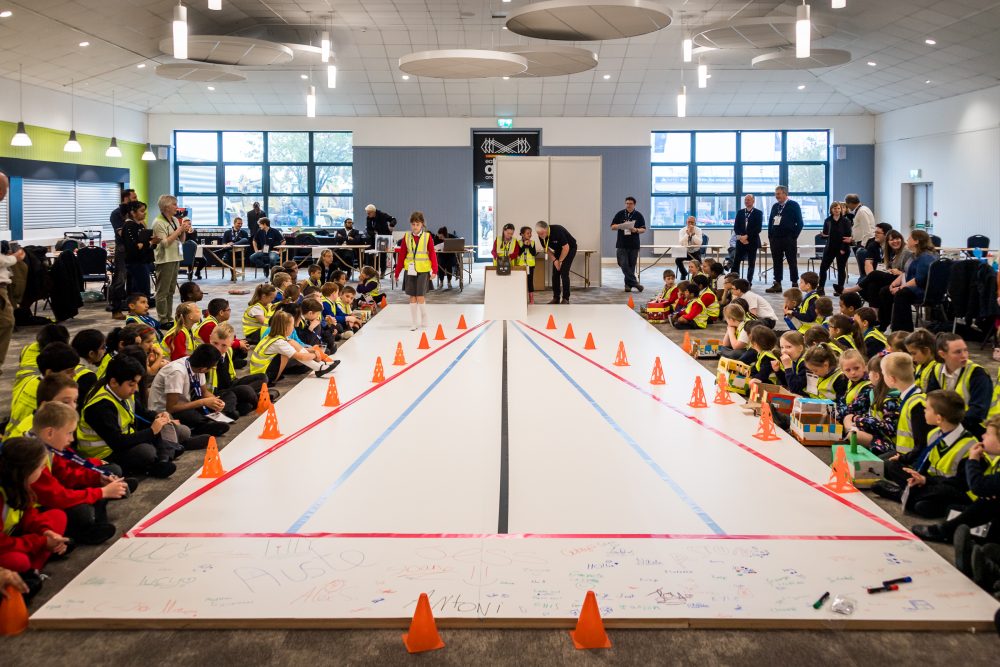 Perkins Engineer, Wayne Bradley worked with the schools and took part in the judging on the day, he said, “Working with Primary Engineer was something new to me but working with the schools I have been doing for a number of years. It was great to see the children build something and then do some testing, making changes and then testing again. This was very much like what we do in the engineering world – design, make, validate and deliver.”

Wayne added, “The event at Plantworx was amazing – it was great to see so many children involved with so many different designs. The whole event was well planned and delivered by both the Plantworx and Primary Engineer teams – and I would encourage more people next year to get involved.”

The awards were presented by the CEA’s Head of Skills, Nigel Baseley and Perkins Senior Technical Manager, Robin Woodward.

A new initiative for the 2019 event was the Perkins Young Engineers Award. The engineers, alongside Perkins Senior Technical Manager, Robin Woodward, selected their choice of winners who were then presented with a trophy by Robin Woodward. 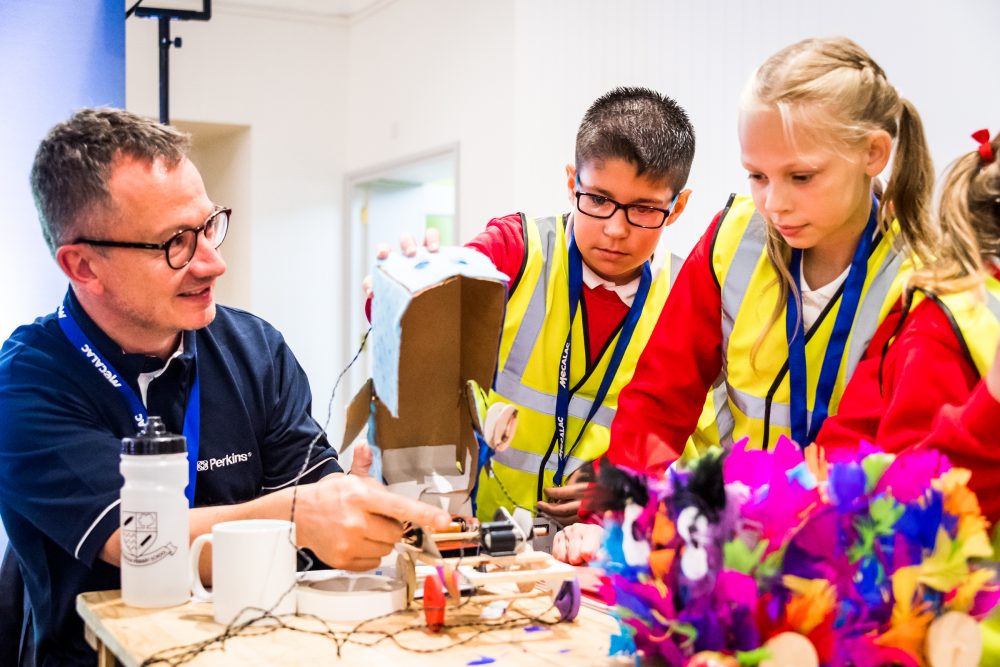 Perkins Senior Technical Manager, Robin Woodward said, “It was a pleasure to participate in this inspirational event and see the potential that is within the children and schools who participated – it fills me with optimism for the future of engineering in the UK.”

Plantworx and Primary Engineer had very positive feedback from the schools involved. West Town Primary Academy brought along teams from year’s 3, 4 and 5 to the event. Teacher, Mr Forsyth said, “The children have been working on their projects for 10 weeks! All the pupils gave up their lunchtime for their projects and have loved every minute of creating their masterpiece’s we are very proud of them. All the children had their own responsibilities – but have also worked very well as a team.”

Orton Wistow Primary School brought teams from year’s 5 and 6. Teacher Holly Ellis said, “The children began the project at an after-school club and then the projects were introduced into lesson time as they enjoyed it so much. They designed their vehicles on a CAD system on the computer initially before embarking on construction. They absolutely loved today’s events and we were delighted to be given the opportunity to take part.”

Emma Cham, a teacher from Oakdale Primary School brought two teams she said, “The children really enjoyed this project – they made their own ‘mood boards’ explaining their shoe box designs. They have talked the whole process through from fixing the bits that didn’t work and working their way towards the end product. It taught them to compromise their ideas as they worked in groups and to make sure everyone played their part.”

Miss Jones brought eight year 5 pupils from Heritage Park Primary, she reported “The pupils really enjoyed working with their engineer from Perkins (David Campbell). They also very much enjoyed choosing their design. It really taught them about teamwork.” 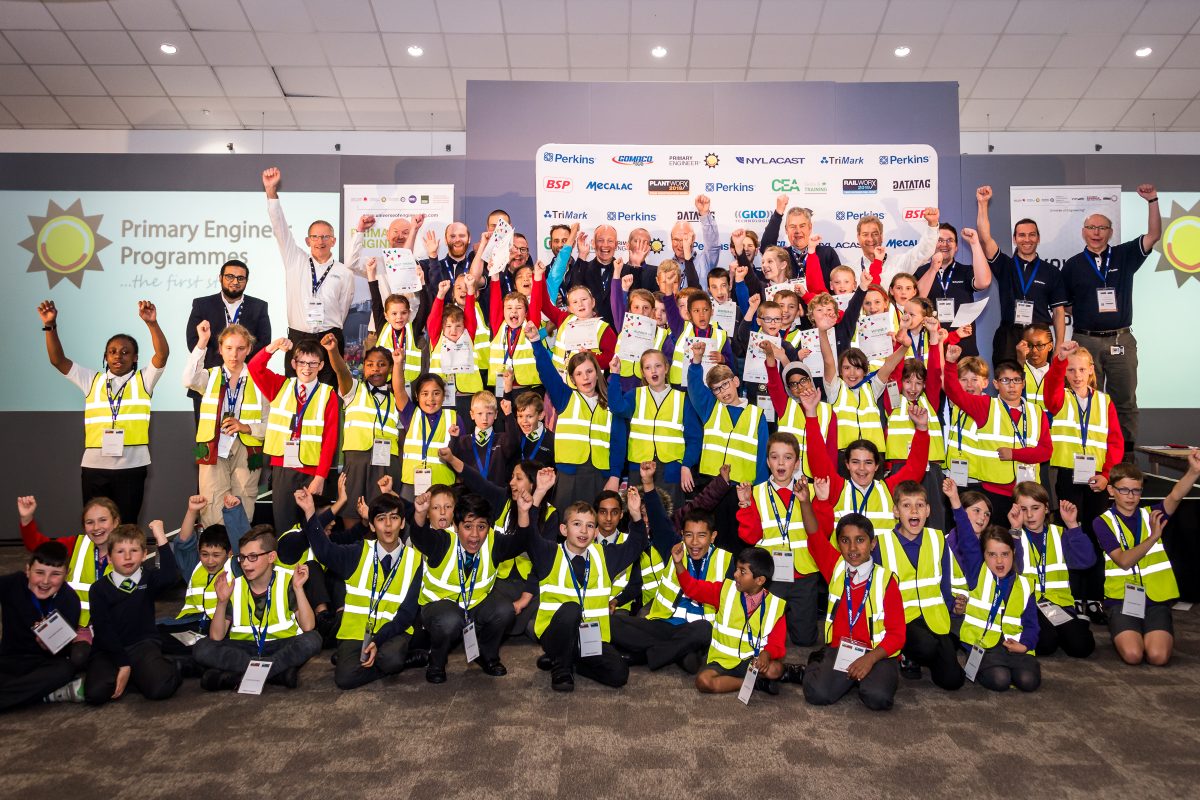 The Plantworx team would like to thank Perkins Engines and all the sponsor companies for making staging this event possible.

CEA’s (Construction Equipment Association) Head of Skills, Nigel Baseley said, “This is our 2nd Primary Engineer event at Plantworx and we are delighted how the event has grown.

“We continue to suffer a skills shortage within our industry and it’s schemes like the Primary Engineer that introduce young people to the opportunities that a career in engineering can offer.

“Primary Engineer’s ‘STEM by stealth’ offers primary schools a way to deliver practical maths and science to design technology activities in a fun way. It’s encouraging to see so many young children involved and is a good sign for the future of engineering.”

Nigel concluded, “It’s our aim at the CEA to encourage as many companies as possible within our membership network, and the wider construction equipment sector, to get engaged with STEM activities – especially schemes such as Primary Engineer.”