Adventure, games and action – that’s what visitors young and old can experience at the Ravensburger amusement park, Spieleland, near Lake Constance in south Germany.

One of the more than 70 fun-filled attractions is the BRIO construction site. Since the start of the 2018 season, families have become construction workers with ten new ZX17U-5 mini excavators, sponsored by Hitachi Construction Machinery (Europe) NV. And with that, the attraction fits perfectly with the participatory concept of Germany’s most family-friendly theme park.

The machines were supplied by the authorised Hitachi dealer in Germany, Kiesel, in March 2018. Before they were installed on the life-like construction site, they were modified to meet the stringent safety and quality requirements of the German technical inspection association, TÜV Süd. 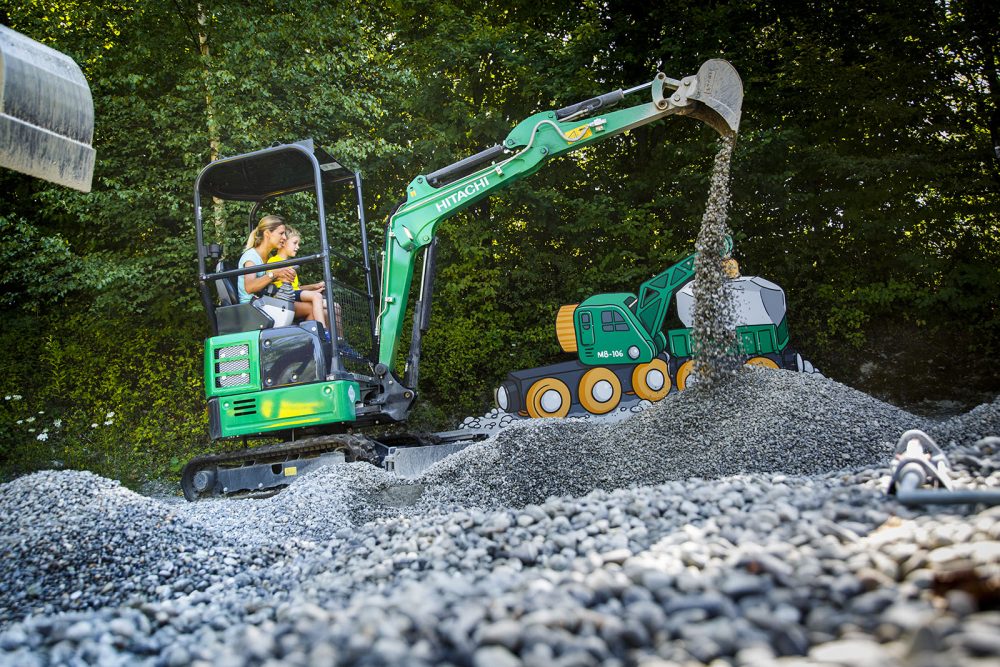 A barrier has been fitted at the front of the cab to prevent falls, side-mounted climbing aids have been added, and the safety belt must be fastened before the excavator can start. Unlike the original ZX17U-5, these models have a limited swing radius of 30 degrees.

In addition, for environmentally-friendly reasons, the diesel engines of the Zaxis excavators have been replaced with electric motors. During operation, the machines are controlled via a central electronic security monitoring system.

Children from the age of three can sit in the cab (accompanied by an adult), while those aged eight and over can operate the machine independently. For three minutes, they can experience what it’s really like to work with a Hitachi excavator, using the joysticks to lift and unload gravel at the specially created pit. 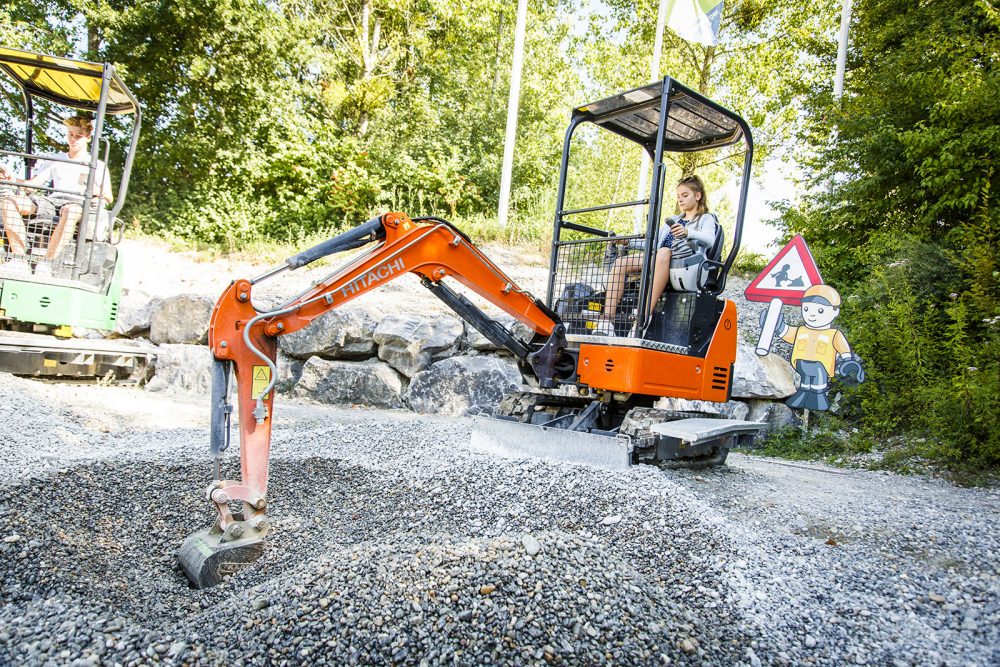 According to Spieleland’s Managing Director, Carlo Horn, the new additions to the park are proving popular among visitors of all ages. “Children find it fascinating,” he says. “Where else do they get the chance to sit in a real excavator on a construction site? It’s also nice to see parents with children sitting on their laps, and experiencing it together. Although, sometimes you see the parents fighting to have a turn on the controls!”

“The machines fit perfectly with the concept of the park – we want our visitors to be active and do things for themselves. We cooperate with brands that fit with the Ravensburger philosophy, and with Hitachi that is definitely the case. Quality is our top priority.” 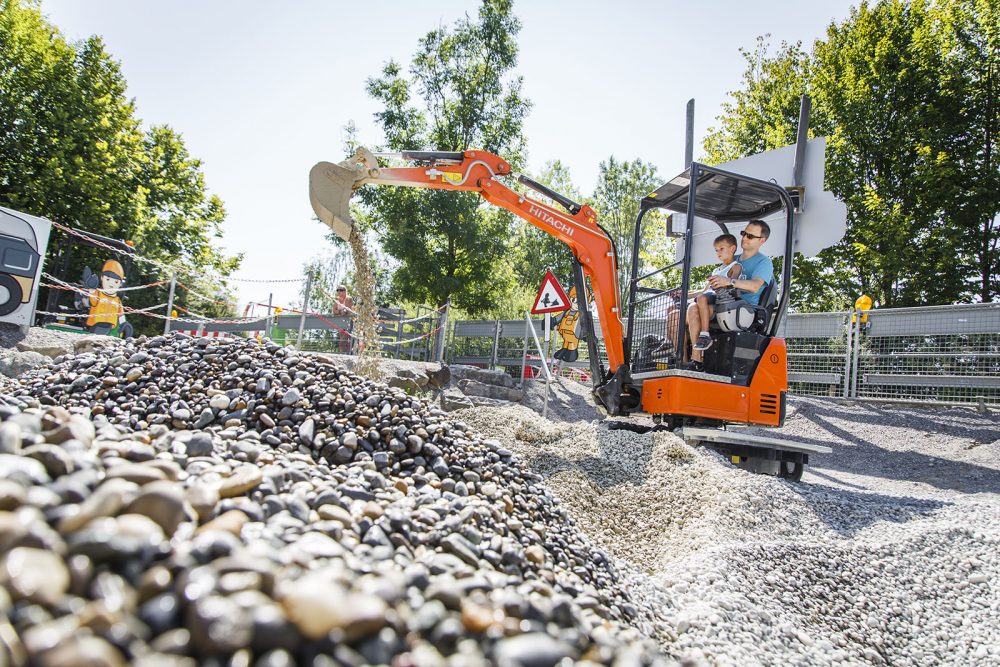 HCME Marketing Manager Ghislaine Jonker adds: “We’re proud to be involved in a project that appeals to the next generation. Here at Spieleland in Ravensburger, children get an opportunity to learn more about excavators in a safe and playful environment.”