A new webcam which gives a bird’s eye view of the comings and goings at York station – including the brand new Azumas – went live today just in time for Yorkshire Day.

The camera, which can be accessed here, came about after an intrepid member of Network Rail staff headed to the roof of the Rail Operating Centre in York during the “beast from the East” in February last year. 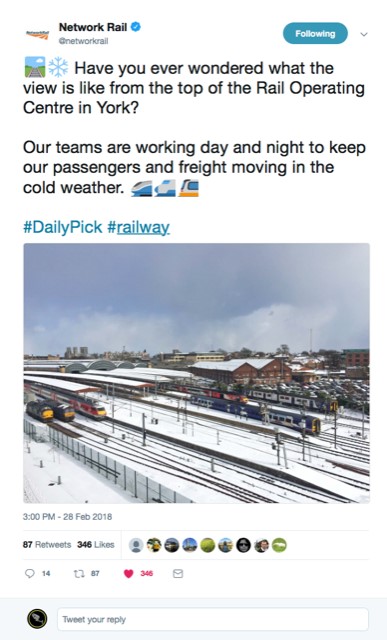 The idea was to give passengers insight into how the network was looking and the work which was going on to keep them moving.

The picture was a hit and several months of work followed with Railcam UK to get a permanent camera on top of the secure building – giving the same view without the need for rail staff to brave the elements on the roof. 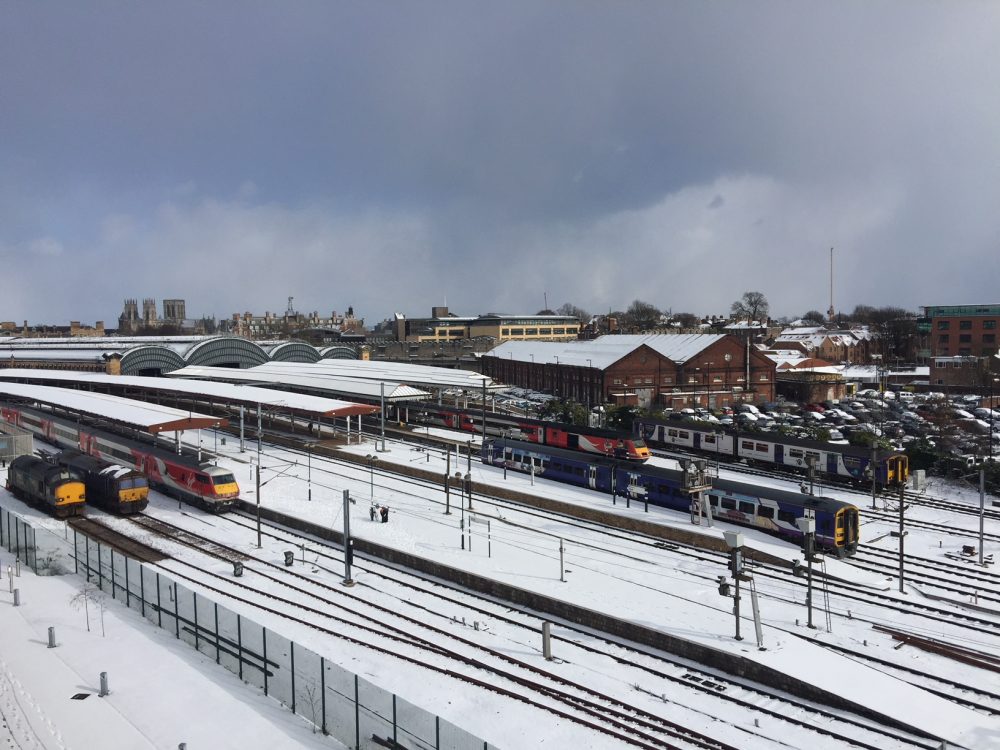 Shelagh Strain from Network Rail helped to take the idea from online chat to reality. Speaking as the camera went live, she said: “We know how popular insight like this into the running of the railway can be. Yorkshire Day is the perfect day to launch these new cameras which we’ve been trailing on our channels all day. I hope that people enjoy their bird’s eye view of the fantastic rail operation at York.”

Adrian Bradshaw, director of Railcam UK added: “We are over the moon to have had the chance to work with Network Rail on this project. The York Station camera provides a stunning view which we are sure anyone with an interest in the railway – or in York itself – will love. We could hardly wish for a better addition to the Railcam website in our 10th anniversary year.”