Verksbyen is going to become home for 5,000 people within the next 10 years. It aims to be Norway’s most innovative housing project. In the long run, the developer, Arca Nova Bolig, has ambitious plans to change the housing market much in the same way as Tesla has changed the car industry. It is a lot said, but they strongly believe in growing demand for sustainable building, which is the backbone of the Arca Nova’s Future Living concept. 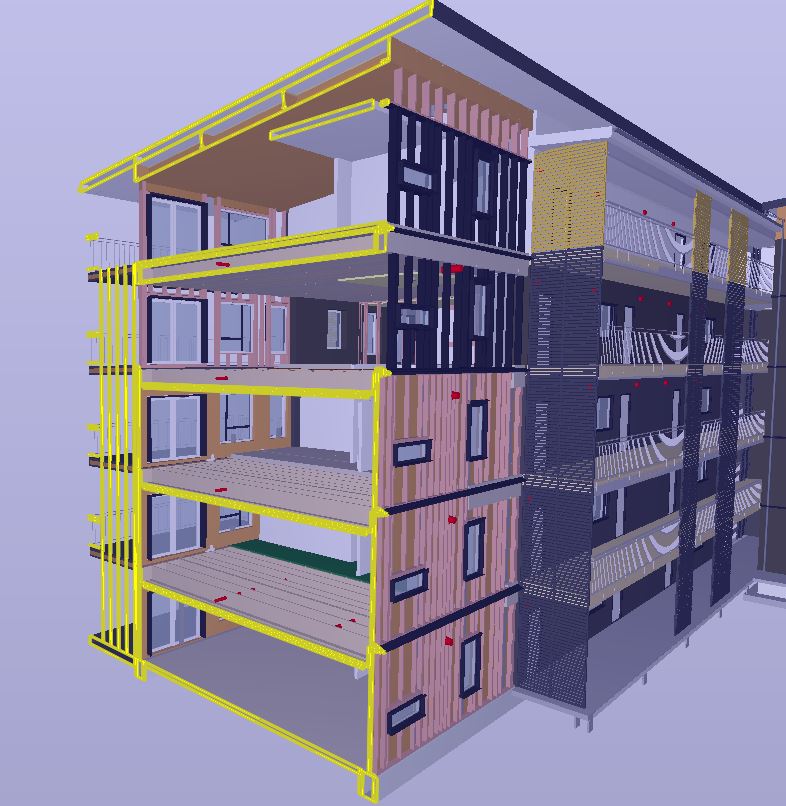 “We have managed to reduce CO² emissions in a variety of ways. The houses are built with timber elements according to the passive house standard. Electricity is produced with solar energy and heating with solar thermal energy,” says Ruben D. Hansen, CEO of Arca Nova Bolig part of the Arca Nova Group.

“Building with prefabricated elements using Kerto® LVL products, we reduce both the building time and CO² emissions quite substantially compared to the traditional way of building with steel and concrete,” says Hansen. 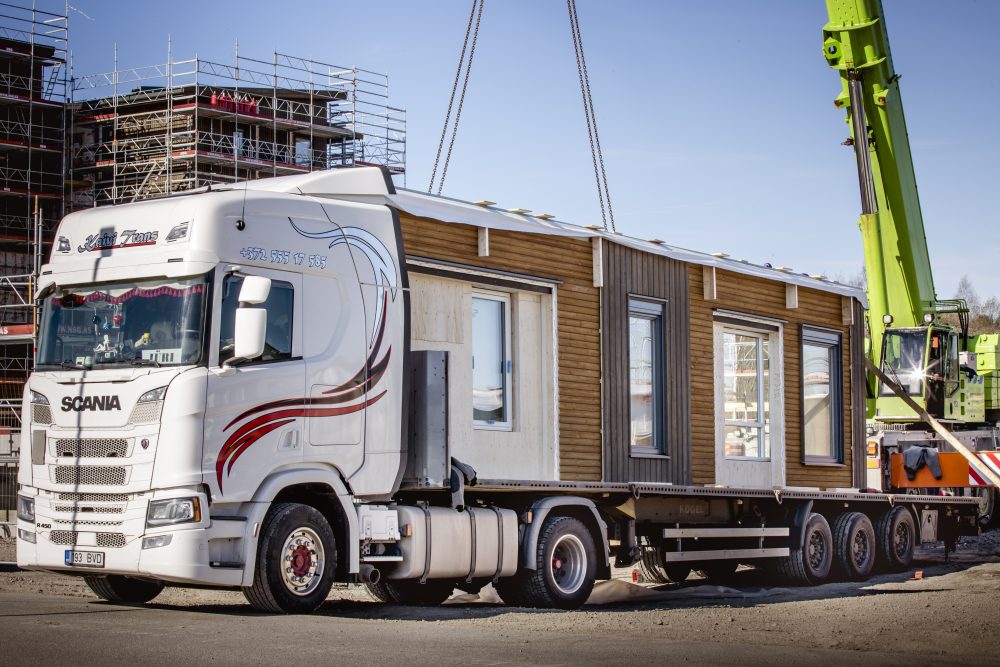 Using prefabricated elements has proved to be a quick way to build. The buildings are rising at the pace of one floor a week. That’s just five weeks to complete a building. The first of the five multi-storey buildings will be finished by the end of this year, and the rest by the end of 2020. 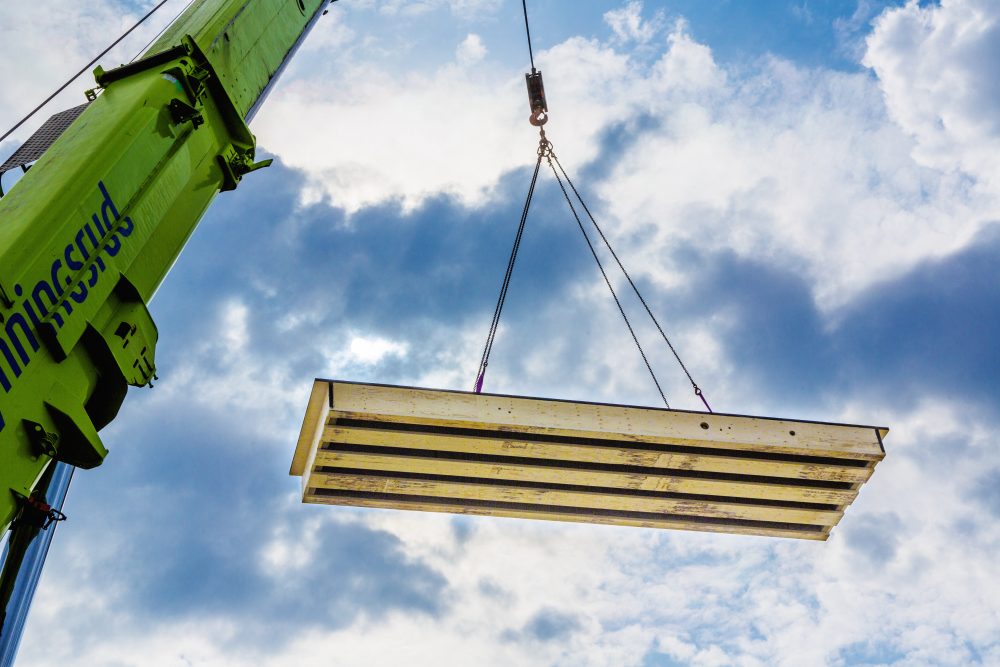 In the first three floors of the buildings, the load bearing structure consists of wall elements made with Kerto® LVL Q-panels. The floor elements are stiffened and stabilised with Kerto® LVL S-beams.

Metsä Wood has helped Arca Nova Bolig with their technical solution for the wooden apartment buildings. “Our cooperation has been vital to our success in creating a new design system for the Norwegian housing market,” says Hansen. 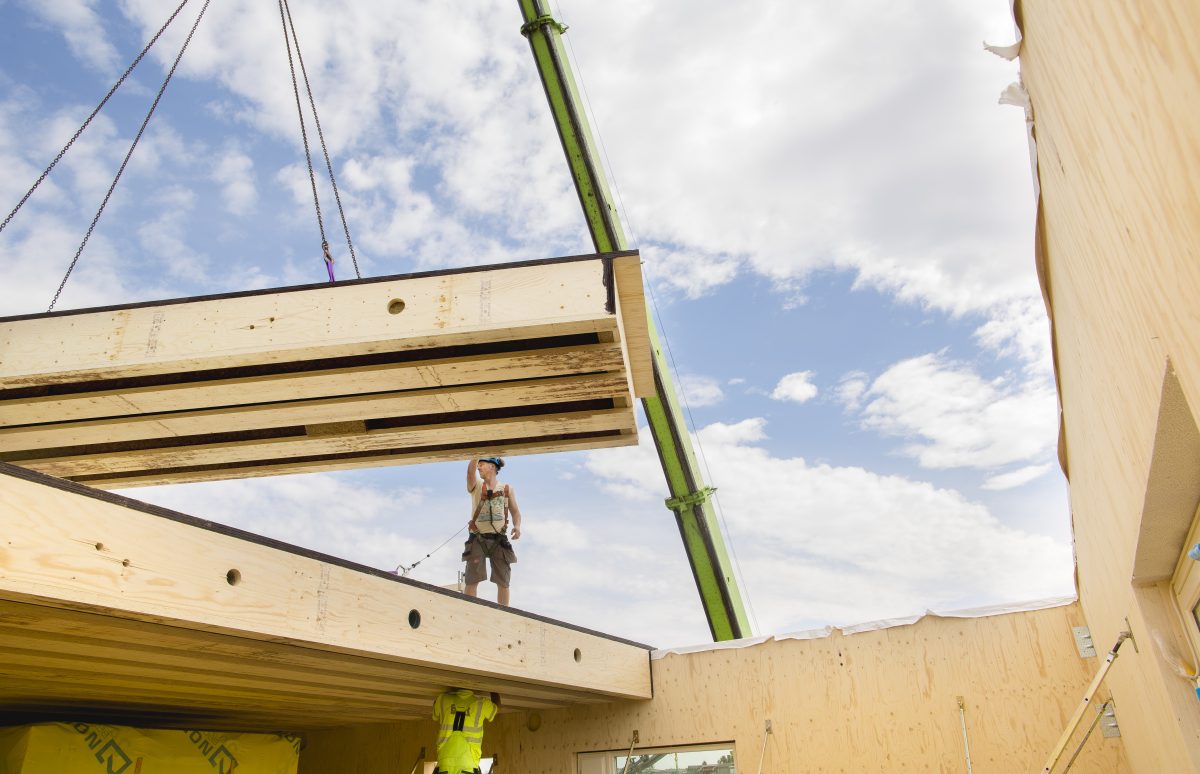 Building with sustainably sourced wood is also an environmentally friendly and sustainable way to build now and in the future. 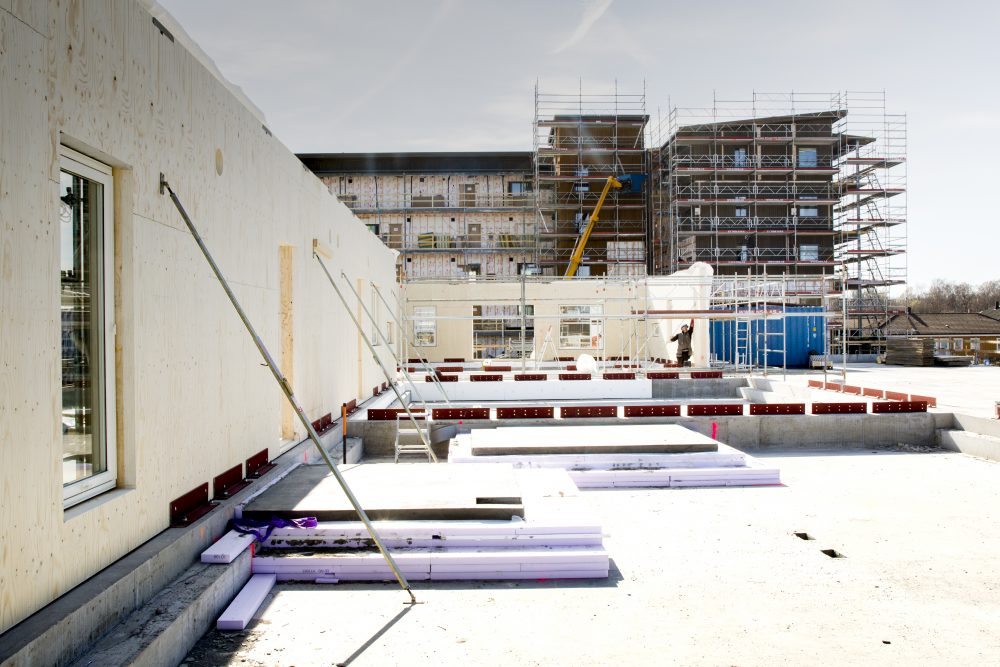 Read more here about the green construction at Verksbyen.