The Prime Minister and Mr. Nakao discussed how to further enhance the partnership in areas such as the promotion of new technologies and innovation, renewable energy, solar-pump irrigation, electric vehicle and battery, fintech, sustainable tourism, and the recycling of plastics.

At his meeting with Prime Minister Modi, Mr. Nakao commended the government’s vision to make India a $5 trillion economy during the second term of Mr. Modi, and reaffirmed ADB’s commitment to helping bolster the country’s inclusive growth and rapid economic transformation to achieve this vision.

“India is one of the fastest growing economies in Asia and the Pacific, maintaining a growth rate of about 7.5% on average in the last 5 years. ADB expects the country’s growth in 2019 at 7.0% and in 2020 at 7.2%, despite downside risks in the global economy,” said Mr. Nakao at his meetings with the Indian leadership. “The government needs to maintain prudent macroeconomic management, sustain its reform efforts, enhance industrial competitiveness and job creation, and rejuvenate the rural economy.”

Mr. Nakao also commended the government’s key reforms, such as the introduction of goods and services tax to make India a single market, the implementation of Insolvency and Bankruptcy Code 2016, capital infusion for banks, the improvement of business regulation, and its further opening to foreign direct investment, which are yielding results. He encouraged the government to sustain the momentum of reforms in areas such as labor laws, land acquisition, and consolidating various welfare schemes.

He emphasized the bank’s commitment to catalyzing private sector investments and announced a $100 million investment in the National Investment and Infrastructure Fund. In May 2019, ADB made its single largest non-sovereign loan to date by committing $750 million to the Indian Railways Finance Corporation to support the electrification of existing railways tracks.

ADB’s sovereign and non-sovereign operations will focus on the government’s major initiatives, including: 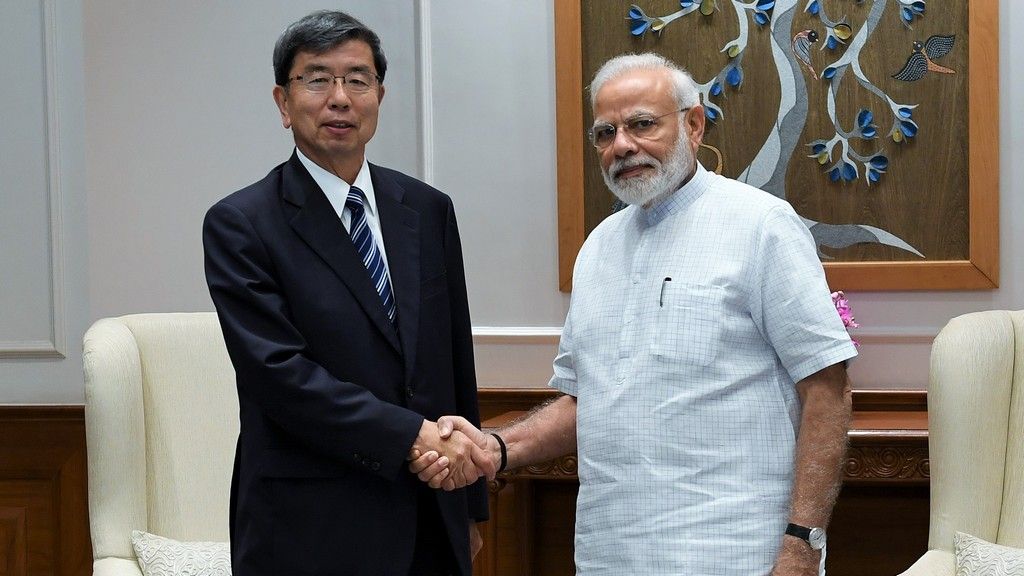 Mr. Nakao will travel to Kolkata, where he will attend the launch of an ADB publication tomorrow that showcases ADB’s 20-year partnership with the Kolkata Municipal Corporation. The partnership has been helping improve the city’s water supply, sewerage, and drainage systems, while also building resilience through the introduction of early flood warning system.

ADB is committed to achieving a prosperous, inclusive, resilient, and sustainable Asia and the Pacific, while sustaining its efforts to eradicate extreme poverty. In 2018, it made commitments of new loans and grants amounting to $21.5 billion. Established in 1966, it is owned by 67 members—48 from the region.