“Increasing versatility and jobsite safety is at the heart of every Aquajet innovation,” said Roger Simonsson, Aquajet Systems managing director. “The adaptability and compact size of the Ergo and Ergo Rotolance combination enable contractors to break into new markets, while increasing efficiency without sacrificing safety.”

The Ergo Rotolance series is commonly used in maintenance and removal applications at airports, harbors, water treatment facilities, reservoirs and petrochemical plants. The series can handle water pressure between 1,450 to 43,500 psi through specially designed patterns of nozzles. The attachments offer new versatility for the Ergo System and are compatible with the Ergo Climber and Ergo Spine to get access in confined or hard to reach places. As an alternative to sandblasting, the Ergo Rotolance series eliminates dust pollution and the need to dispose of contaminated sand.

The Ergo Rotolance 30 self-rotating tool has four nozzles and a 1.2-inch (30-millimeter) spray pattern. It uses pressures up to 43,500 psi (3,000 bar) to quickly and precisely remove a shallow layer of concrete, leaving a superior bonding surface. Contractors can use their own favorite hand-gun tools on the Rotolance 30, thanks to a multi-bracket system with an adjustable span of .5 to 2 inches (14 to 51 millimeters), making it an ideal positioner.

The Ergo Rotolance 130 and 130S work at pressures ranging from 1,450 to 43,500 psi (100 to 3,000 bar) and leave a smooth surface when cleaning or removing hard paint, rust and rubber from areas such as airport runways. They feature up to eight nozzles for a 5.1-inch (130 millimeter) spray pattern. A hydraulically driven swivel allows for precise control of rotation speed for even results. The 130S is also equipped with a suspension system, allowing it to follow uneven or curved surfaces such as ship hulls and storage tanks.

In addition to a wider range of movement, the suspension mechanism has an ingenious design that allows the spring force to be adjusted in four steps and can, at the same time, lift the rotor head up from the surface to make assembly and inspection of the result easier. 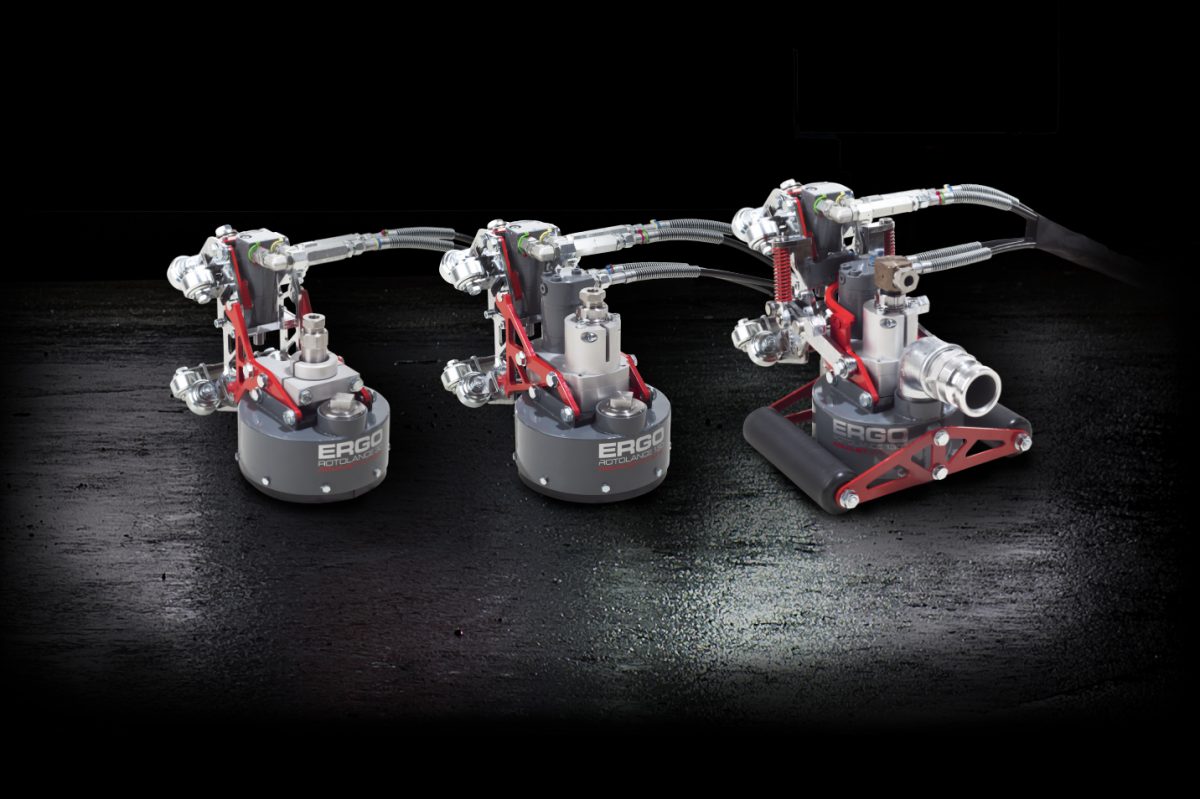 Aquajet offers a 1-year or 1,000-hour warranty on the Ergo Rotolance and equipment training with each purchase.