Less was definitely more for traffic management specialist Priority TM when it came to specify its latest impact protection vehicle.

Built by Bevan Group and fitted with a crash cushion, with a high-visibility light arrow board by Highway Care, the new truck was purpose-designed for operation in and around the City of London.

Crucially, at just 4.5 metres in length its body is 2.2 metres shorter than that of a conventional impact protection vehicle. This feature, which enhances agility and manoeuvrability, had earned the truck its ‘Stubby’ nickname long before it entered service. 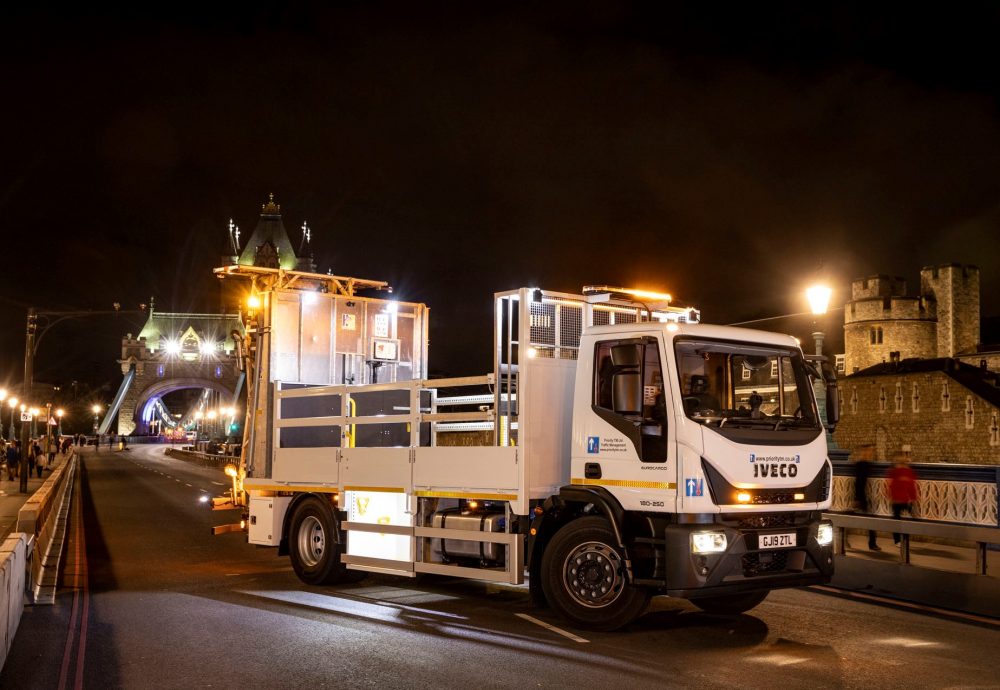 The company’s headquarters are in Chelmsford, but the new truck operates primarily from its depot in Greenwich, on the south bank of the Thames. Early assignments have entailed night-time closures to traffic so routine maintenance can be carried out on Tower Bridge. 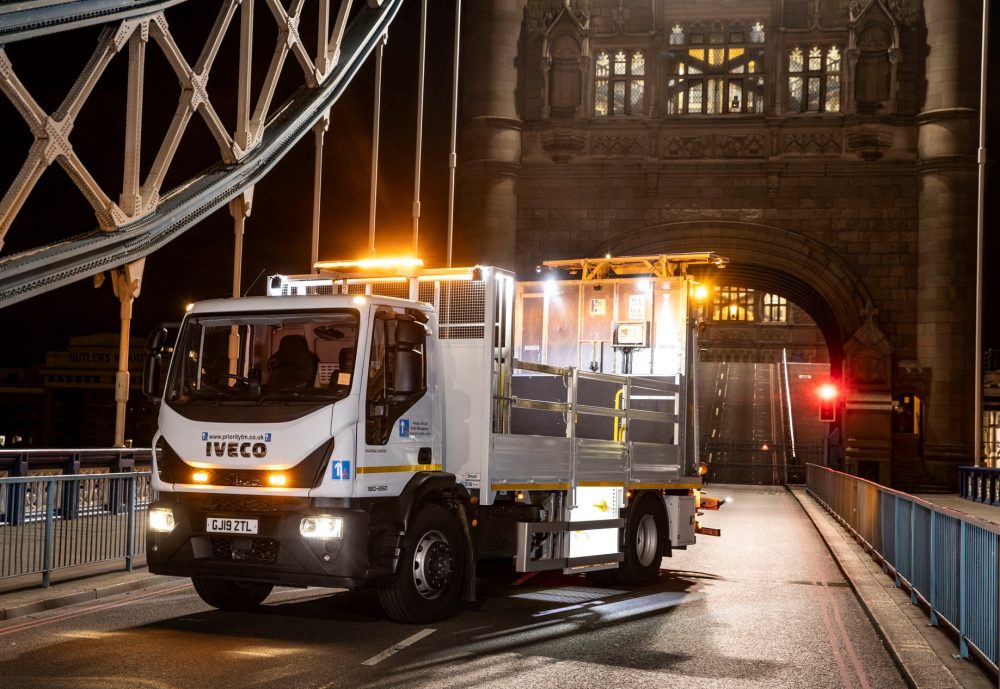 The 18-tonne Iveco Eurocargo chassis is powered by a 250 hp six-cylinder Euro VI engine, and compliant with London’s Ultra Low Emissions Zone regulations. Bevan Group fitted beacon bars and a comprehensive armoury of 4G recordable and downloadable safety cameras, including two to assist the driver when reversing – one is activated when the crash cushion is raised, the other when deployed.

Engineered to an exceptionally high standard, the truck’s body incorporates wells from which Priority TM’s operatives are able to drop traffic cones safely and rapidly when implementing a closure. Bevan Group also added some two tonnes of steel ballast beneath the bed, to ensure the truck achieved the minimum 10-tonne gross weight required for an impact protection vehicle. 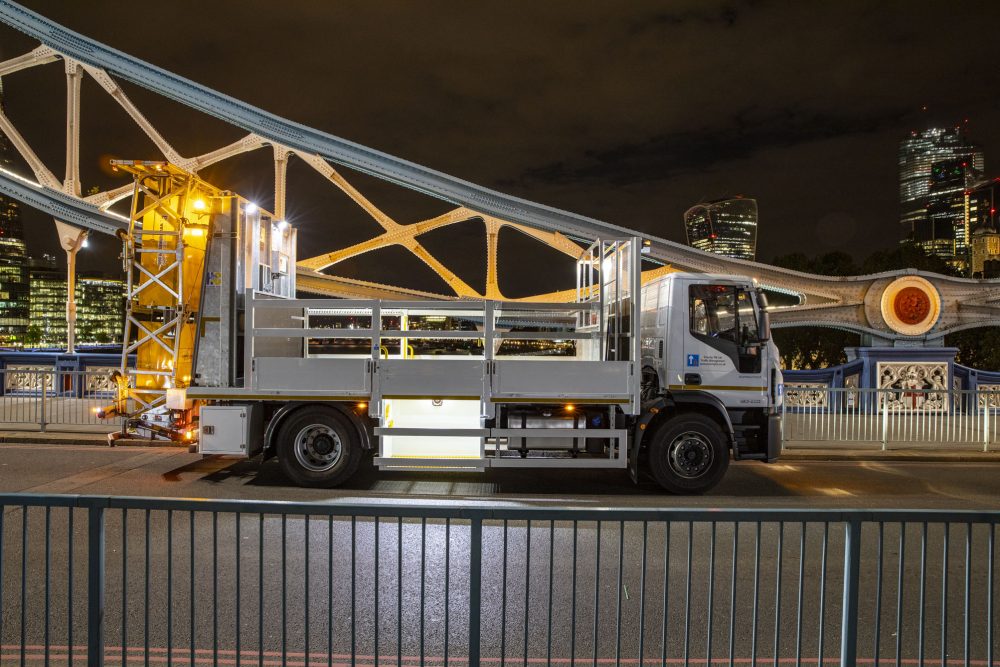 Meanwhile, Highway Care’s heavy-duty Safe Stop 90™ crash cushion absorbs rear-end impacts at speeds of up to 68 mph (110 kph compliant to TD49/07), and can be deployed at a travelling speed of up to 55 mph. Potentially reusable, it boasts a galvanised external safety frame that offers protection against the low-speed ‘nuisance’ impacts – incurred, for example, when a vehicle is manoeuvring in a yard – which are a common cause of damage to crash cushions.

The new truck is delivering cost and efficiency benefits for Priority TM, because for certain assignments it was previously using two vehicles to undertake the same work – one, usually a 7.2-tonner, but sometimes a van-based 3.5-tonner, carried the cones, while a ballasted truck with crash cushion travelled behind to ensure the safety of the operator’s crew. 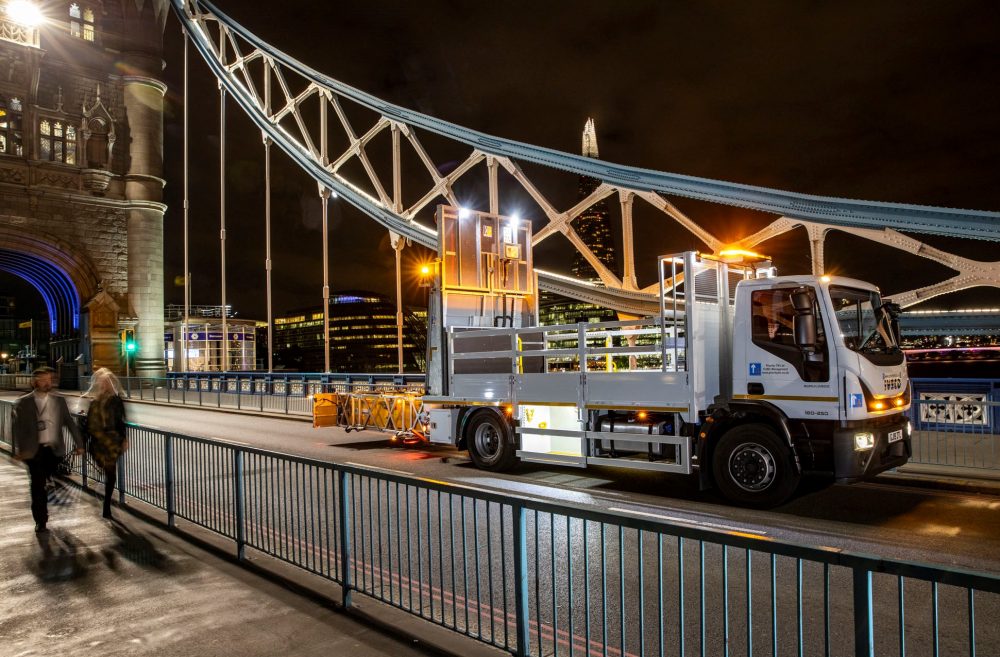 Priority TM Managing Director Duncan Crome explains: “Dual working remains the best practice in some circumstances. But its flexibility means the new vehicle can be used to undertake other jobs on a solo basis, without the need for a second. So of course, it has the potential to save us money.”

He continues: “Our new impact protection vehicle is not intended for operation on motorways or major trunk road schemes. Rather, its main role is as back-up for utilities work. We don’t need a full-sized wagon that’s 10 metres long and capable of carrying upwards of 200 cones. So it made sense to restrict its length, because if you try and drive a truck like that through central London you’re going to run into difficulties pretty quickly. 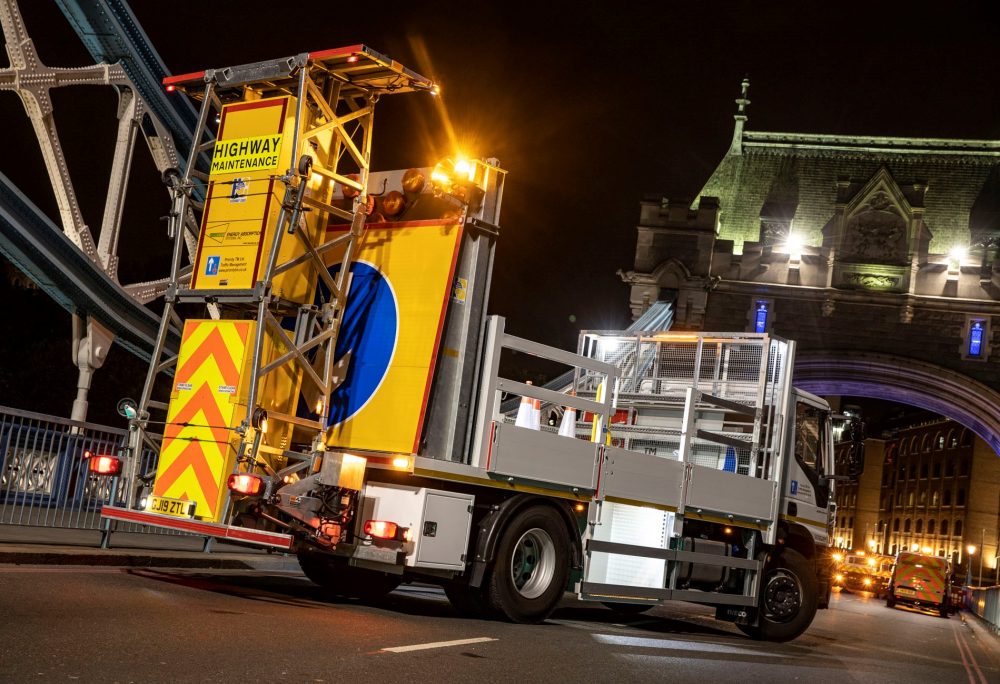 “At eight metres, the truck is still long enough to give us a decent-sized bed and cone wells from which to work. But it also makes it a lot easier to negotiate the traffic and narrow lanes within which we have to work.”

Priority TM is a long-standing customer of Highway Care but had not worked previously with Bevan Group. “I’ve been pleased and impressed with the way both companies have supported us,” continued Mr Crome.

“I liked Bevan Group’s consultative approach to the design phase. Sales Director Roy Shelton and his team demonstrated reassuring attention to detail, and were prepared to consider any requests – if they couldn’t accommodate us, they’d invariably come back with an alternative suggestion.

“The truck is clearly very well built, which is encouraging given that we anticipate running it for at least 10 years, while round-the-clock breakdown cover by Bevan Group’s Aftercare Response provides added peace of mind. I took on this business in 2006 and have dealt with a variety of bodybuilders over the years, but I’d have no hesitation in describing Bevan Group as the best yet.” 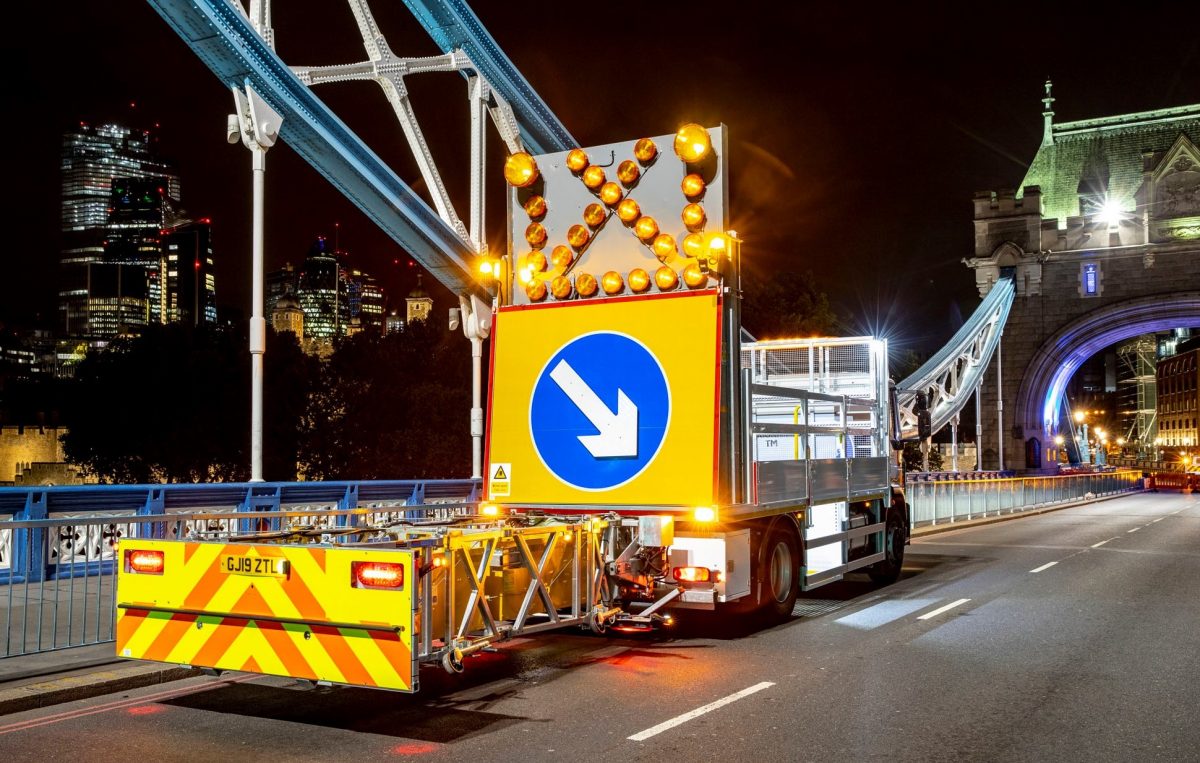 The first impact protection vehicles to be built by Bevan Group and fitted with Highway Care’s safety technology entered service this year, and the strategic partnership between the two companies is already transforming the traffic management vehicle sector.

Winner in 2017 of the inaugural Commercial Motor Bodybuilder of the Year award, the multi-faceted Bevan Group operates from headquarters in Wednesbury, West Midlands, and is a valued supplier to some of the biggest names on UK roads. Highway Care, meanwhile, has a Head Office in Detling, Kent, and has pioneered the development of crash cushion technology and other mobile traffic products for use on motorways and trunk roads.

0 0 0
Previous : Highways projects still putting the UK’s underground infrastructure at risk
Next : 2,500+ experts to assemble to assess transportation and infrastructure in the Philippines