The fossil CO₂ emitted by road vehicles will have to be reduced to nearly zero over the next three decades to meet the Paris Climate Agreement – the big question is how. One path to achieving this is with renewable synthetic fuels.

Electromobility is just now picking up momentum. Electric cars are only as emissions-free as the production of electricity that charges their batteries. Besides, around half the vehicles that will be on the road in 2030 have already been sold, most with gasoline or diesel engines. Legacy vehicles will also have to play their part in cutting CO₂ emissions. 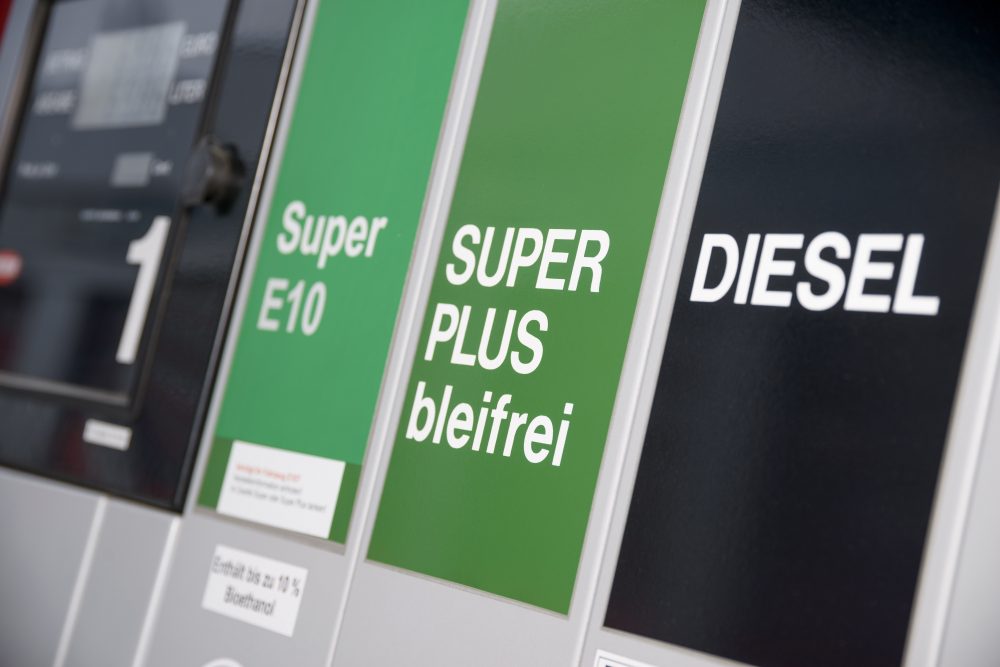 Seven reasons why renewable synthetic fuels will be part of tomorrow’s mobility mix:

Renewable synthetic fuels have long since left the basic research phase. Technically speaking, it is already possible to manufacture synthetic fuels. First, they apply electricity generated from renewable sources to obtain hydrogen from water. Then they add carbon.

Finally, they combine CO₂ and H₂ to make synthetic gasoline, diesel, gas, or kerosene. The production process is viable, but capacity is lacking. It has to be expanded rapidly to meet demand. Incentives could come from fuel quotas, offsetting CO₂ savings against fleet consumption, and long-term planning certainty.

Vehicles on the road, when powered by synthetic fuel, are ultimately climate-neutral. 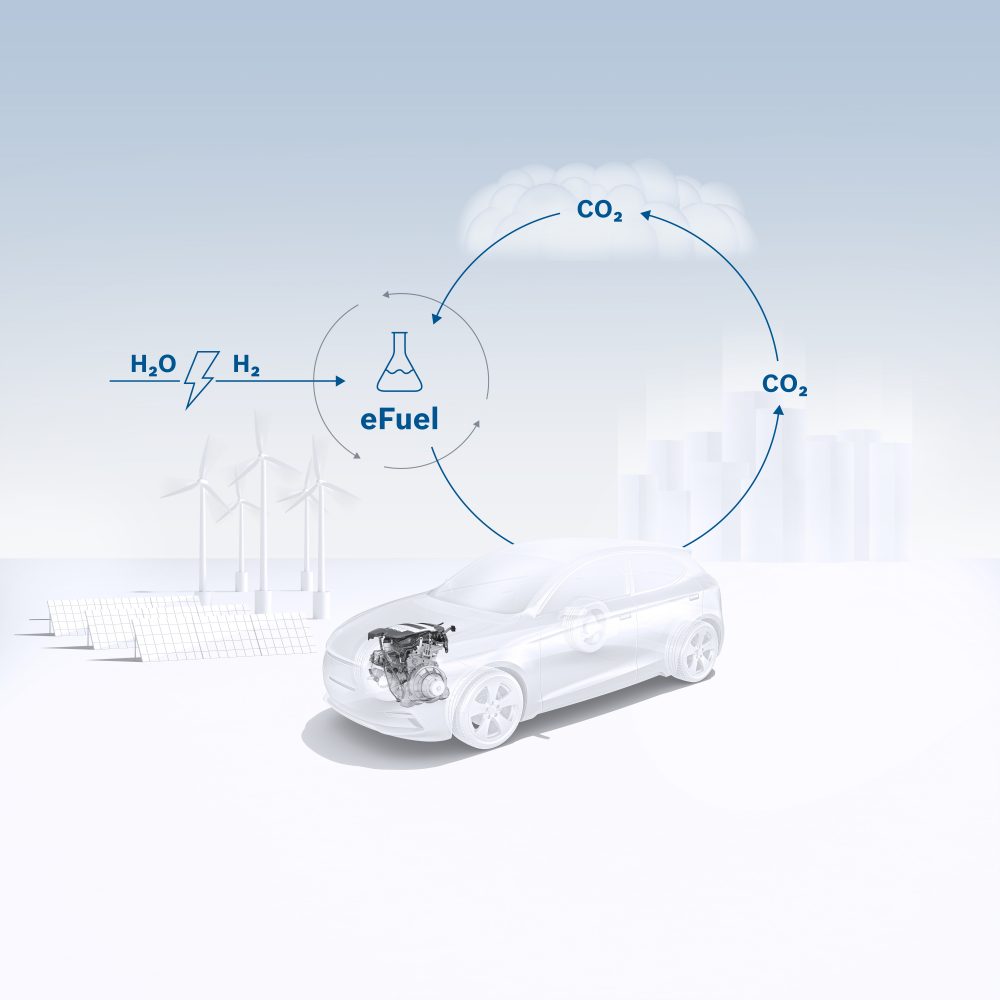 The Fischer-Tropsch process produces renewable synthetic fuels that can be used with today’s infrastructure and engines. Experts call them “drop-in” synthetic fuels because they can be deployed without first modifying infrastructure and vehicles, and they have an immediate impact and deliver faster results. They may also be added to conventional fuel to help reduce CO₂ emissions from vehicles already on the road today.

This way, these fuels could contribute to the cause even before they are ramped up for larger-scale production. The chemical structures and basic properties of gasoline remain intact, so even vintage cars can run on synthetic gas.

Producing synthetic fuels is still a costly process. Renewable synthetic fuels will become considerably more affordable when production capacities are expanded and the cost of electricity generated from renewable sources comes down. Present studies suggest that a pure fuel cost of between 1.20 and 1.40 euros a liter can be achieved (excluding any excise duties) by 2030, and as little one euro by 2050.

These fuels’ cost disadvantage compared with fossil fuels could be significantly reduced if value was ascribed to the environmental advantage of renewable synthetic fuels. The fact that they are compatible with today’s infrastructure and automotive technology gives them an advantage over other alternative powertrains. 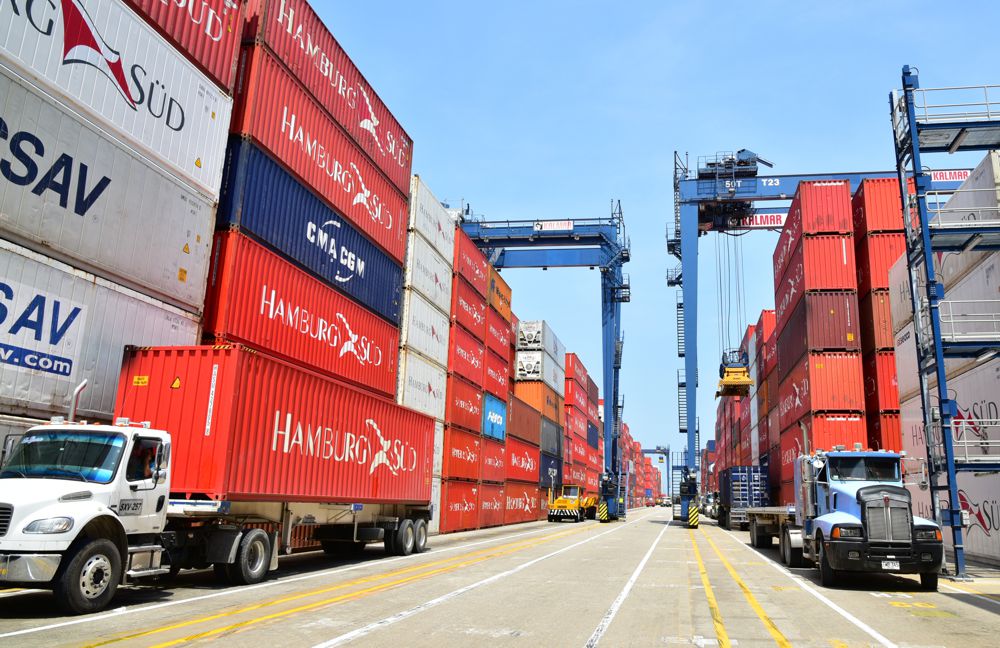 Even at the point in the future when all cars and trucks are powered by batteries or fuel cells, airplanes, ships, and parts of the heavy-goods transport sector will continue to rely on conventional fuels. Combustion engines powered by carbon-neutral synthetic fuels are therefore a crucial path to explore.

Fuel in the tank or food on a plate – this question does not come up with synthetic electricity-based fuels. Innovative biofuels, which are for example produced from waste materials, are useful – however, the supply is limited. When renewable energy is used, synthetic fuels can be produced in unlimited quantities. Sufficient renewable energy can be generated worldwide to produce fuel that can then be stored and transported relatively easily. 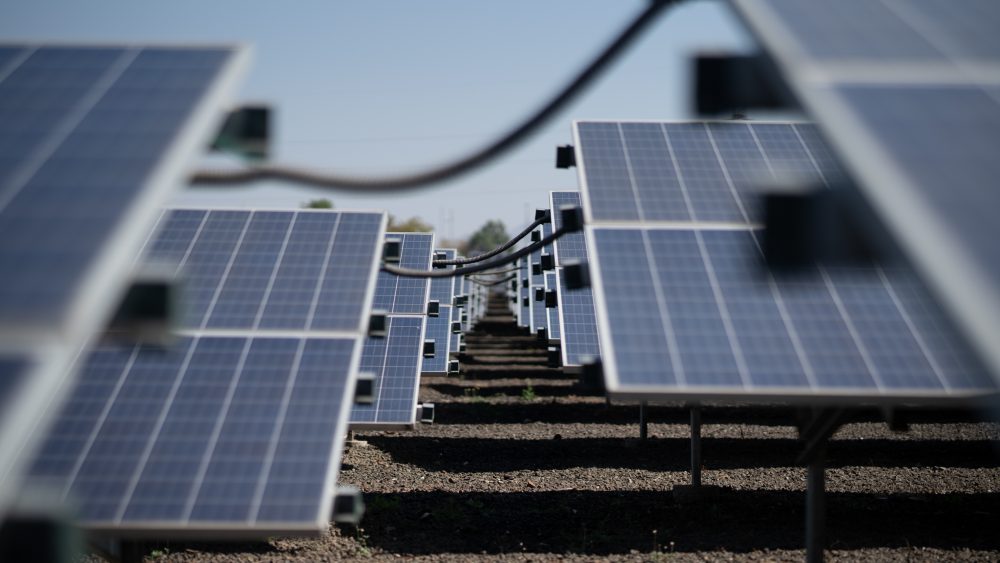 They can serve as a buffer for fluctuating solar or wind energy or to circumvent regional restrictions on the expansion of renewable energy production.

This also affects efficiency ratings. A compact electric car charged in Germany with renewable electricity from Germany converts around 60 to 70 percent of that grid power into road performance.

If the electricity comes from further afield and the energy has first to be stored in a chemical medium before being converted back into electricity, efficiency drops to 20–25 percent. This is the same efficiency as a vehicle run on renewable synthetic fuels.

0 0 0
Previous : Common equipment operating errors and how to avoid them
Next : New Sandvik RDX5 rock drill delivers a new standard in reliability