Gulf Traffic, an annual event that takes place from the 9 – 11 of December this year, will bring to light some of the latest technologies and systems from global suppliers to Dubai – the centre of business in the Middle East and North Africa.

We caught up with Rahul Rawat, Exhibition Director of Gulf Traffic to explore the growth of the industry, and how the international industry can benefit from the opportunities that the region provides.

How do you see the Transport Industry evolving in the GCC?

“Motivated by the vision of becoming a regional powerhouse that attracts investments and to branch out from oil, the GCC countries are some of the world’s most determined, when it comes to developing large-scale infrastructure. Transport is the second-largest planned projects sector in the Middle East region.

“With increasing technological advancements in the sector, it’s safe to say that the industry is on an upward incline. Leading the way are Saudi Arabia and the UAE – According to MEED, the UAE is the second biggest transport projects market in the region, with about USD 106bn worth of projects planned or under way, trailing behind Saudi Arabia, which has more than USD 311bn worth of transport projects planned or under way.

“In fact, Dubai foresees becoming a global driverless mobility leader by 2030. This only goes to show the growing industry in the Middle East which international suppliers can benefit from.”

What sort of investments have been made in the GCC region?

“A recent report by Orient Planet Research noted that worldwide, the UAE and Saudi Arabia rank among the top 12 global markets for infrastructure investment. The total value of active infrastructure projects in the GCC has reached to USD 1.14 trillion with roads, highways and bridges among the highest number of projects.

“It further noted that there was a total of 1,069 road projects in the region, the highest number among all infrastructure projects, with a combined value of USD 122.6 billion. Saudi Arabia’s investment in road infrastructure has increased from USD 2,523 to USD 3,506, and UAE from USD 2,633 to USD 2,865.” 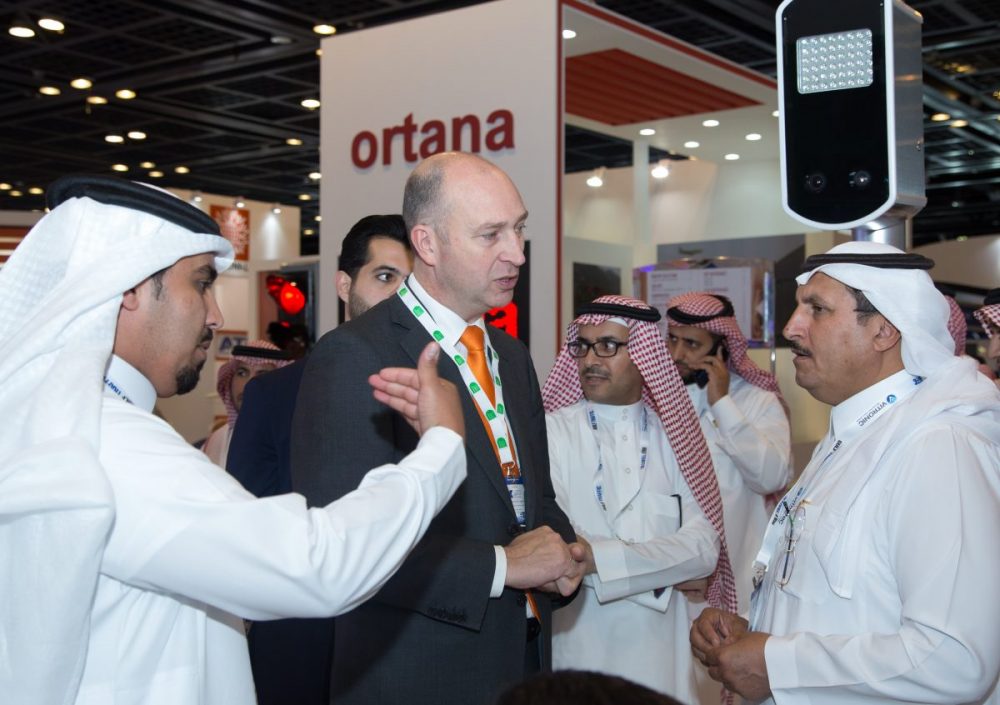 What technological advances has the industry made?

“Artificial Intelligence and the Internet of Things is already influencing every aspect of our lives and the compatibility of AI and transportation applications is a somewhat of natural fit. AI and IOT also poses as a massive disruption in the Traffic and Transport Industry.

“Technology such as hyperloop, drones, UAVs and autonomous vehicles are slated to be the biggest disruptors in the future of the transport industry

“Speaking locally, Dubai plans to use Intelligent Traffic Systems in making roads safer and reduce traffic jams and congestion levels, while Saudi Arabia is gearing up for the USD 500 billion mega-intelligent city project ‘NEOM’ is planned for a new way of life built around the best technologies of the future such as AI, big data, and IoT including robots, flying taxis and many more.”

What developments do you see in the Parking Industry?

“The parking Industry is moving towards digitalisation – with sensors and payment technology integrated into the management system. We now have unique features like parking guiding system and data analytics. Some of the bigger players have introduced Smart Parking Apps which allows for reduced operation costs, maintenance, and minimum personnel.

“With the help of smart parking, smart cities in the GCC will be able to balance queues and on-street traffic flows by re-routing cars to alternate parking locations, based upon real-time occupancy data.” 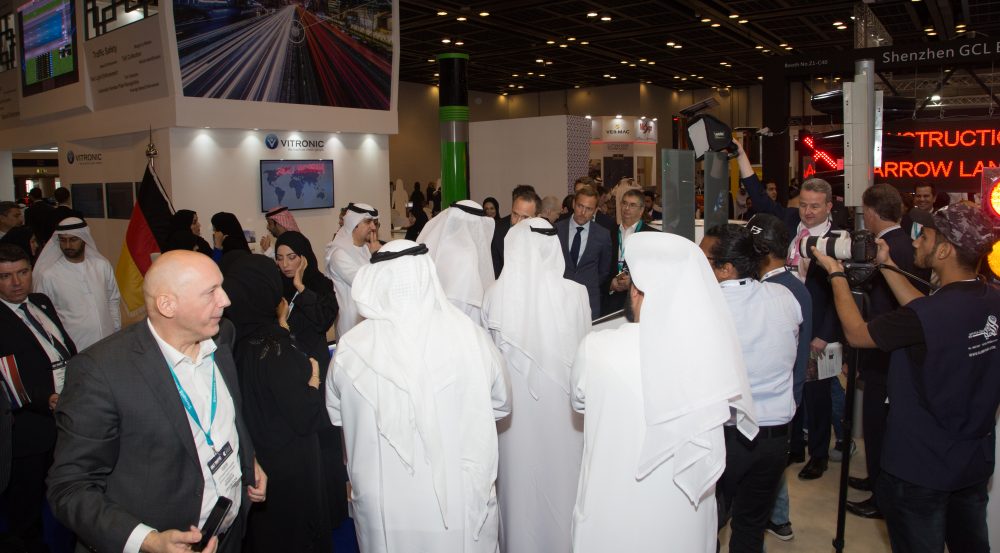 How do these promote sustainability?

“Telematics enables Fleet to be fuel efficient by allowing drivers to select the shortest route possible by avoiding traffic and further reducing emissions associated with Traffic Jams. Technology allows for autonomous cars and public transport to be fuel-efficient.”

How is Gulf Traffic instrumental in the growth of the Industry?

“Gulf Traffic brings together suppliers with break-through technology and AI to the Middle East and welcomes buyers from the region to facilitate business in the Industry. The show will also have a co-located conference led by global influencers, which gives delegate the opportunity to learn new practices, while earning CPD and CAPP Credits.

“More than just an exhibition, Gulf Traffic is a reflection of the trends in the industry and a place for the industry to connect and grow.” 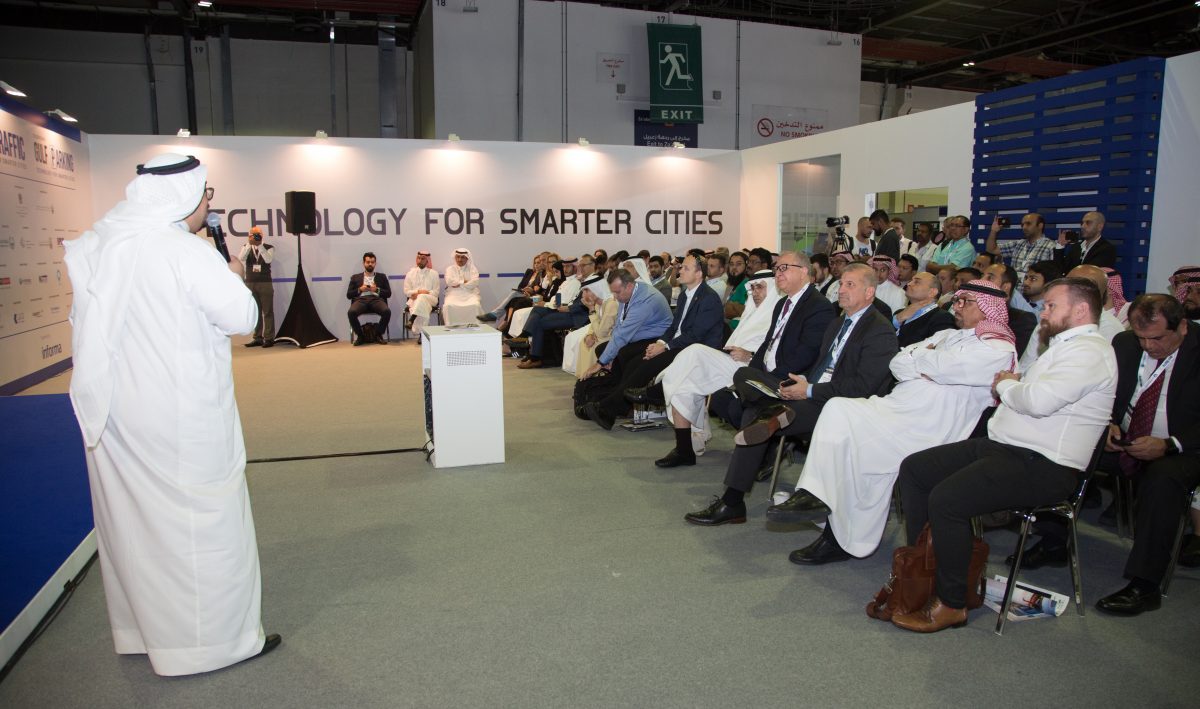 What new products or features are at the show?

“We’re excited about this! We have so many new launches this year. From Mobile Video Surveillance from Streamax, to live video monitoring, Focus of Attention, with AI and video analytics by Avigilon.

“Sparkbit will launch an AI-based application to monitor driver’s behaviour analysis. Sphere will be premiering the noise traffic sign in Gulf Traffic that detects the oncoming vehicles, and based on the noise they are producing, will start displaying the warning message intended for the drivers to ease up on the gas pedal.

“MechaSapien Core, by Stech.ai is a comprehensive cutting-edge suite of AI and deep learning-based video analytics for Traffic and Crowd Management sector and so much more.

“The 2019 edition of Gulf Traffic is also being inventive with the adoption of AI-powered B2B matchmaking which allows exhibitors and visitors to connect to their ideal buyers before and after the exhibition. To bring student innovations to the forefront, we will be organising the Driving Innovation Awards that nurtures future talent.

“All in all, we can assure you that Gulf Traffic 2019 is turning out to be an unmissable event for the Traffic and Transportation Industry.”