A JCB Design Engineer is the toast of the UK today after winning a national apprentice award.

Louise Meredith, 21, scooped the title of Higher or Degree Apprentice of the Year at the finals of the National Apprenticeship Service (NAS) Awards in London last night (Wednesday, November 27th) just weeks after winning the regional final.

Louise, a Design Engineer in the Loadall division at JCB World Headquarters, in Rocester, said: “I’m passionate about apprenticeships and undertaking a degree / higher apprenticeship has been a fantastic way to start my career, so to win this national award is just amazing. I still can’t believe I’ve been recognised in this way.”

JCB Director of Learning and Development Max Jeffery said: “We are immensely proud of the outstanding achievements of these award winners who have excelled in their studies at JCB. To be recognised at national level is testament to their hard work and commitment. The company now has more than 400 young people on its apprenticeship, undergraduate and graduate training programmes, as we continue to invest in the next generation of engineering and business professionals.”

Louise and Tom are part of a group JCB apprentices who are proving they are in a class of their own when it comes to winning awards. JCB World HQ Business Degree Apprentice Elena Newbrook, 20, of Nantwich, Cheshire has won the Regional Make UK Business Apprentice of the Year: Rising Star award and Morgan Smith, 21, of Handforth, Cheshire has scooped Regional Make UK Engineering Apprentice of the Year: Final Year. Degree Apprentice Morgan is a Hydraulics Design Engineer at JCB Heavy Products, Uttoxeter. Elena and Morgan will now represent the region in the National Make UK Awards on January 29th, 2020. 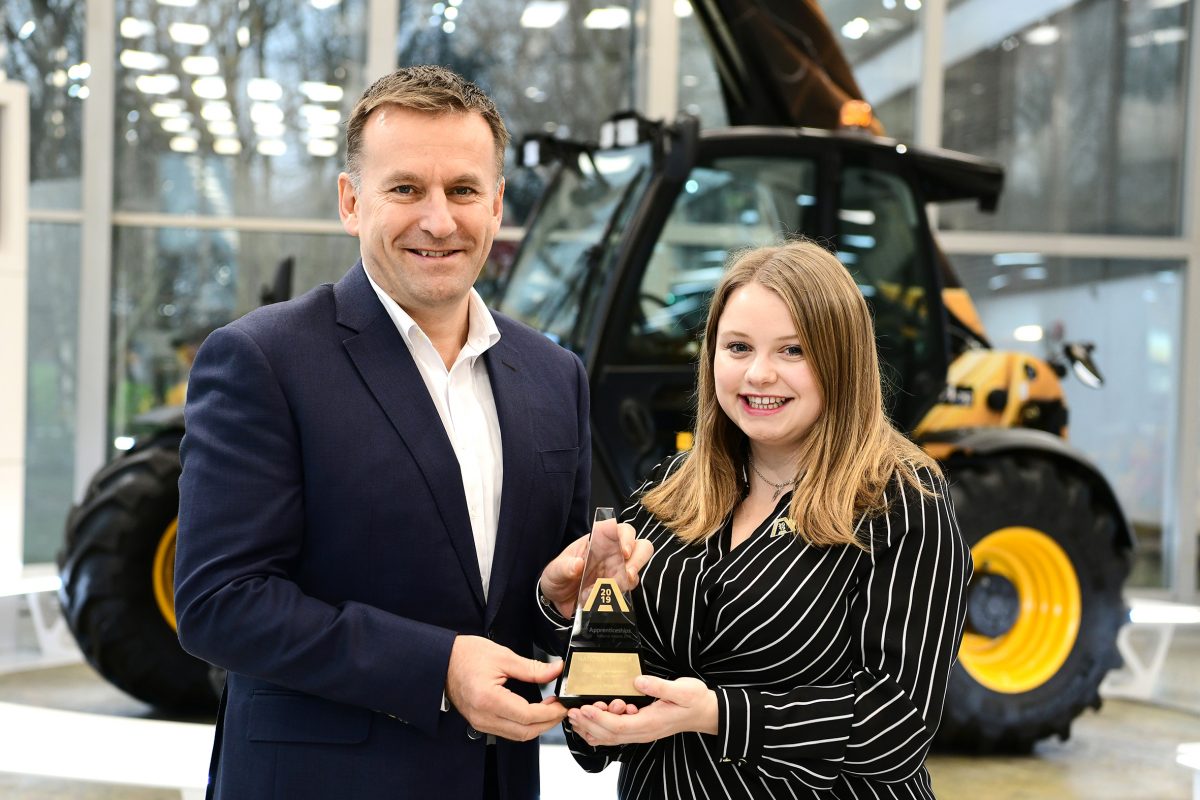 In addition, two JCB apprentices were highly commended on the Make UK awards shortlist. In the Midlands awards Engineering Degree Apprentice Chris Owen, 19, of Newcastle-under-Lyme who specialises in Electrical Engineering, and Olivia Pearch, 19, of Derby who is a Business Degree Apprentice at JCB Power Systems were honoured.