The 14th annual Executive Hire Show (5&6 February, Ricoh Arena Coventry) was a runaway success – the event was a hive of activity from the onset, which is a good indication of a continued sense of optimism from hirers, despite the political uncertainty surrounding the UK’s exit from Europe.

This year’s Show boasted 160 exhibitors, and an impressive 2,974 unique visitors, which is up by 170 visitors’ year-on-year.

As in previous years, the EHS team has spent the past few days qualifying and verifying this raw attendance figure, removing non-exhibiting-suppliers, members of the press and other visitor types.

Executive Hire Show exhibition director, Chris Moore said, “After going through the list with a fine-tooth comb we are delighted to confirm that the 2020 Show attracted 1,878 relevant hire industry visitors attended, which is 50 hire visitors up year-on-year. All relevant hire industry visitors were from national and independent operations, which is again consistent with previous years. This re-confirms the pivotal role of the Show and its continued ability to attract relevant, quality hire executives.”

Chris added, “There was a real buzz around the show and perhaps more impressive, those who attended on both days was nearly 500 greater. By the time that the show had concluded, many of the exhibitors were already reporting best-ever show sales performances – some enjoying up to 40% show orders uplifts compared to last year’s event.” 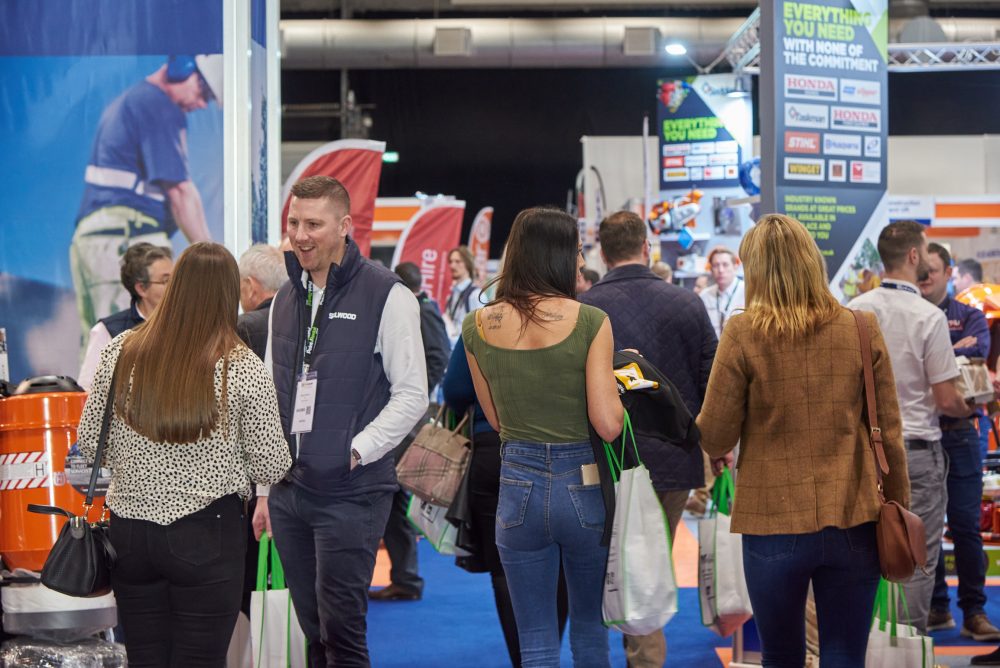 There were a record amount of new product launches at the Show with a strong focus on environmental solutions including a significant increase in electric and hybrid machines on display.

Visitors from the hire sector attended the event to expand their fleets with new products and to discover the latest innovations and launches from the diverse range of exhibitors at the show to help them succeed in the year ahead. Many of the exhibitors were offering ‘Show Only Deals’. 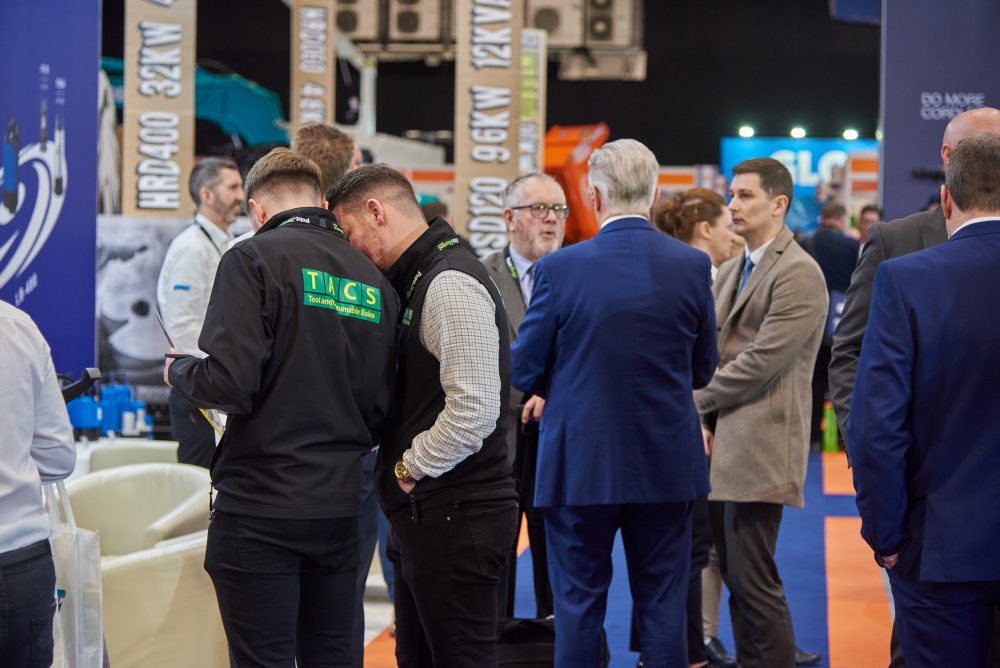 Mat Llewellyn, the managing director of MHM spoke of the high-level of optimism he and the MHM team experienced at the Show, he said, “The most revealing aspect of this year’s Executive Hire Show was the positivity and genuine thirst for innovation coming from the visitors to our stand.”

“We were very busy throughout the two days,” continued Mat, “with representatives visiting our stand from both the independent and national hire sectors.”

The company reported keen interest in all their equipment and in particular their new range of fluid storage products which were officially launched at the show. MHM also showcased their new 160kVA super-silenced generator, which featured on the ‘Innovation Trail Live’, together with their recent Honda dealership status.

Mat concluded, “The MHM marketing and sales teams are going to be very busy over the coming months following up on the many enquiries we received during the show. The organisers should be congratulated for successfully attracting so many quality visitors from here and overseas.”

The feedback we received was that our range certainly fits this requirement and our ongoing commitment to reducing carbon emissions on site, addressing environmental issues, was welcomed by all visitors to the show. Our Mobile Solar Hybrid Toilet also featured on the Innovation Trail Live.”

Peter concluded, “We are looking forward to the challenges that lay ahead and already looking at improving product offering ready for the 2021 Executive Hire Show.”

Andy added, “Many congratulations from the Thwaites team to the Executive Hire Show for a memorable event.” 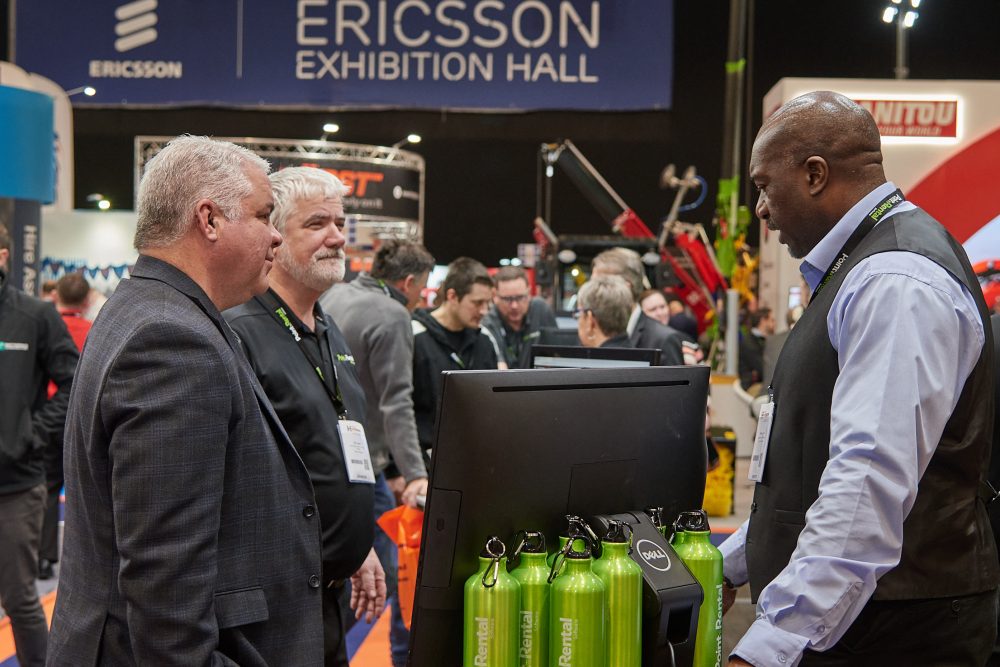 Another keen and loyal supporter of the Show is Altrad Belle. Managing director, Altrad Belle commented, “What a fabulous must attend hire industry event the 2020 Executive Hire show proved to be!

On behalf of the Belle sales team I would like to thank so many customers for investing their time in visiting the Altrad Belle stand, and in many cases for doing several times over the two-days. The new best in class HD1000DX 1 tonne high-tip dumper was a big hit – and we were able to launch the safety option enabling the machine to be widened if and when required.”

The Altrad Belle R&D team modified the dumper with this new safety option in response to the HAE’s dumper safety committee recommendations. Ray sits on the HAE committee and is an active team member, therefore wanted to take action and improve the safety of the new Belle dumper “Actions speak louder than words” Said Ray.

We were also very impressed at the number of independent and national toolhire/rental companies present and also some fantastic contractors who also run their own fleets.” 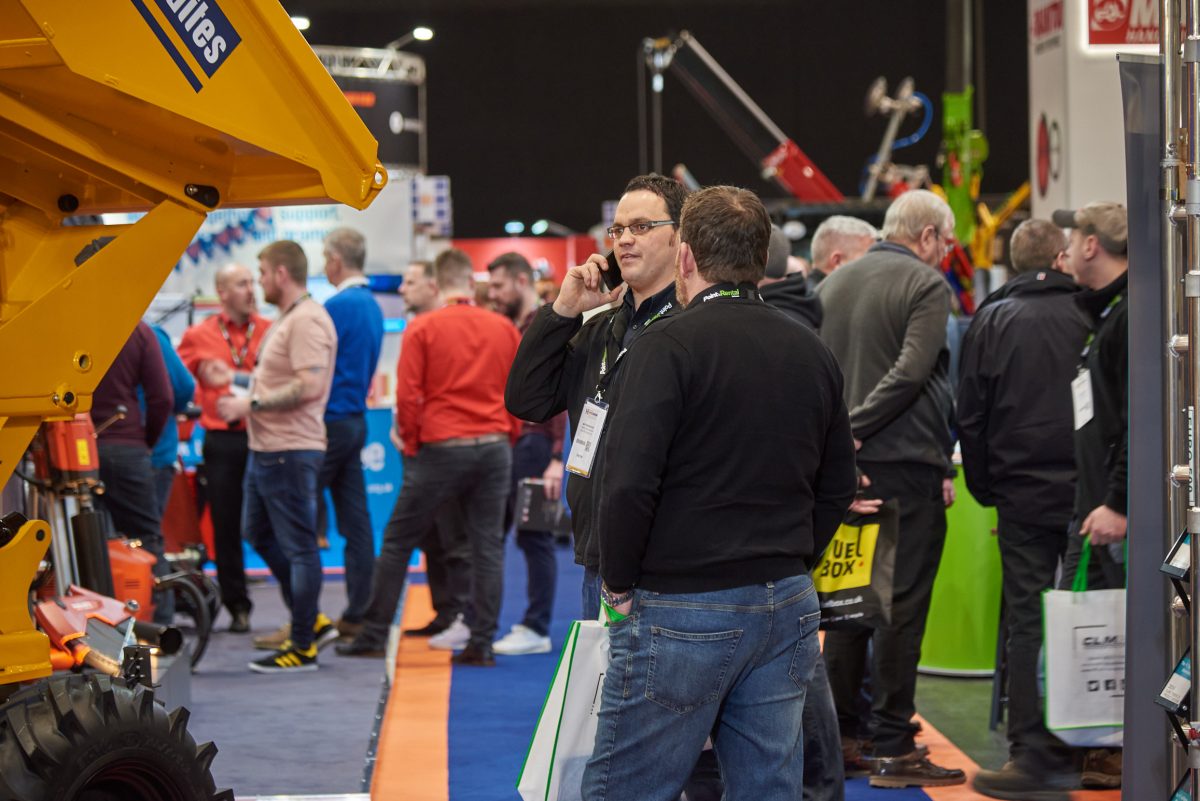 The Passionate Hirer awards and dinner were likewise triumphant, although the retirement of Executive Hire News Editor, Alan Guthrie, provided a poignant moment. The magazine has undoubtedly flourished under his stewardship, but Alan has decided to take a step back and enjoy some of the finer things in life.

Chris said “Alan will be a hard act for anyone to follow, but stepping into the breach is Andy McVittie, who joins us after an extensive and diverse media career. Andy and I will be on the road in the weeks and months ahead, and we look forward to meeting as many of our customers as we can.”

Andy takes over from the April issue, so please send all your news and product announcements to him at a.mcvittie@hgluk.com, or get in touch on 0207 937 6127.

The dates have been confirmed for the next show, which will return to the Ricoh Arena Coventry on Wednesday 10 and Thursday 11 February 2021.