The X900 is the latest in CDE’s range of revolutionary ComboTM all-in-one wet processing and water management solutions. The ComboTM was first launched in Europe at bauma in April 2019.

With an increased capacity of 500tph, the new ComboTM X900 is the largest in the series to date, as Kevin Vallelly, Director of Engineering at CDE, explains: “With our new ComboTM X900, we’ve doubled its capacity and created a next-gen solution for materials processors.

“The ComboTM X900 can process 500 tonnes per hour of feed material, including natural sand and crushed rock, containing unwanted clay, silt and other organic contaminants to extract quality in-spec washed and graded sand products that are market-ready straight from the belts.” 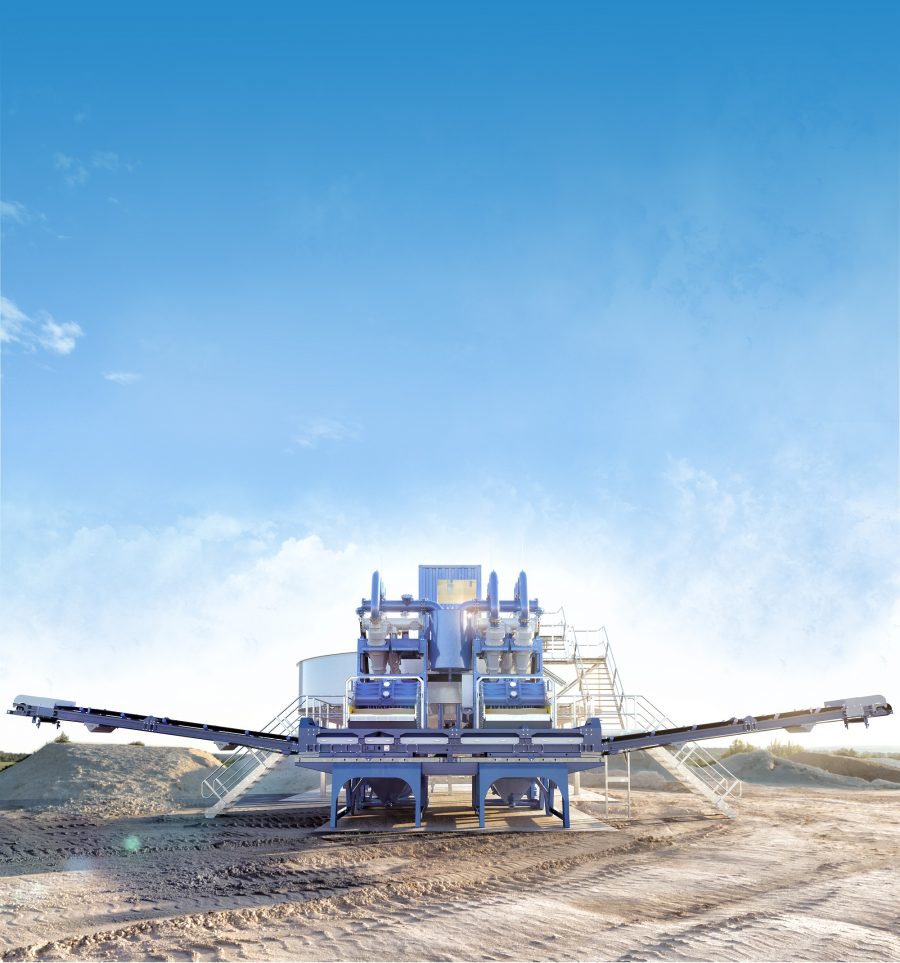 As well as its increased capacity, the Control Cabin of the new Combo™ X900 has been repositioned to sit on top of the water tank.

“Plant and machinery are subject to major temperature extremes and fluctuations across different regions,” he says.

“By positioning the Control Cabin on top of the water tank we’re able to better protect the operational heart of the plant and offer a solution that can be adopted across all of the markets we operate in and where high and low temperature extremes are recorded.”

Furthermore, where traditional washing systems typically have a separate standalone water tank, the new ComboTM X900 has integrated this into the design of the AquaCycle thickener tank resulting in a peripheral wall for water storage, which has significantly reduced the overall footprint.

It provides customers with almost total independence of water supply and minimises the requirements for costly site engineering due to its significantly smaller footprint which is, on average, 30% smaller than other traditional wash plant setups. 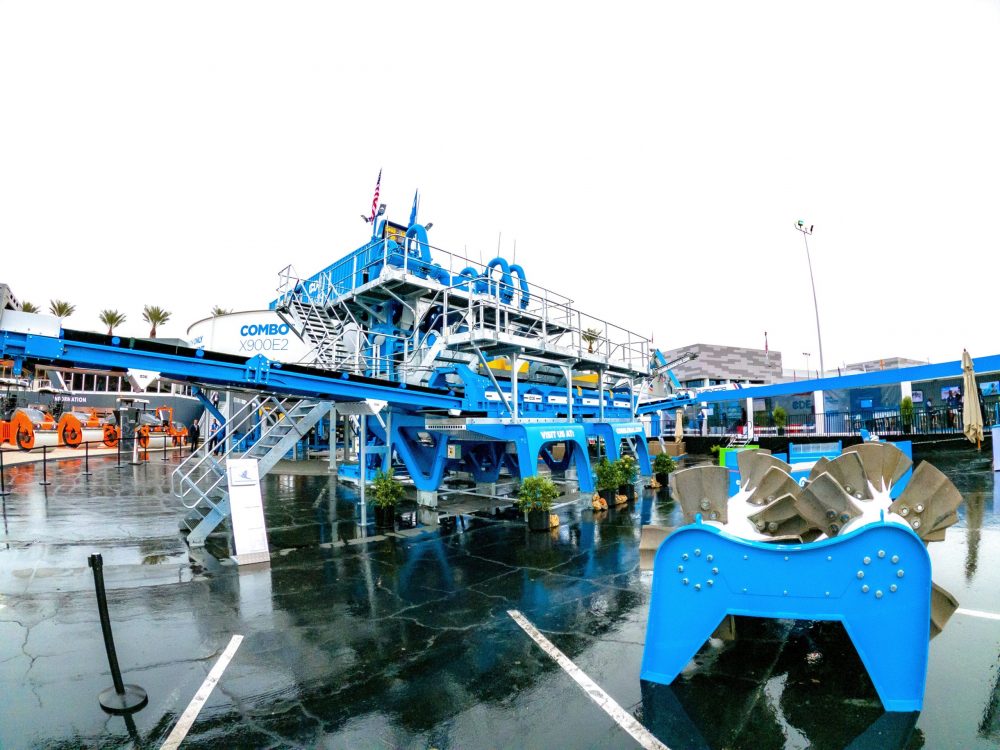 Vallelly says, “Traditional washing systems would typically consume up to 15 times more water than that required for the Combo™ X900.

“Our best-in-class water management and on-board water recycling minimises costly water consumption and ensures up to 90% of process water is recycled for immediate recirculation through the closed-circuit system.”

He adds, “The Combo™ X900 enables materials processors to wash more than 500tph with only 180m3/h, about the same amount of water that would be required to wash a truck.”

With its single chassis design, the Combo™ X900 incorporates all essential processes – washing, dewatering, water recycling, and stockpiling – onto one single, interconnected and pre-assembled unit.

A plug-and-play system, it arrives on site pre-wired and pre-tested, ready to process material within just five days as a standalone plant or as part of a larger turnkey solution. 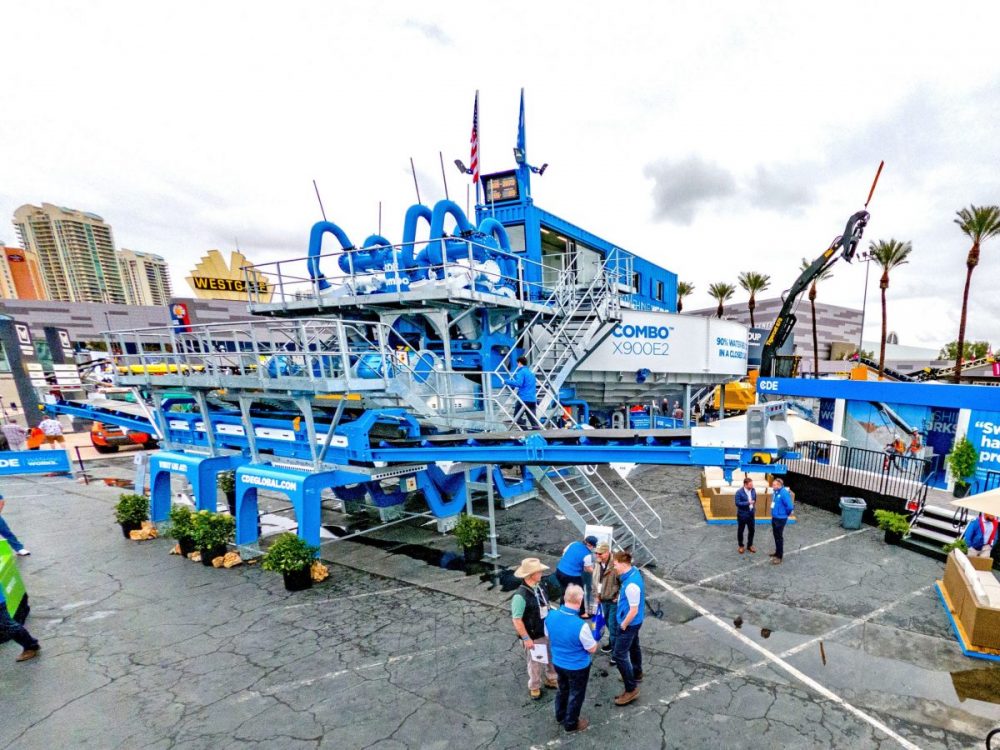 Its single chassis design means the ComboTM X900 is portable and can be rapidly deployed or relocated to remote locations with minimal foundations and pipework. Coupled with its significantly reduced footprint, the ComboTM X900 is also ideal for compact quarries in urban settings.

The CDE ComboTM X900 offers a solution to the challenge of growing urbanisation.

By 2050, it’s anticipated that nearly two-thirds of the world’s population will live in urban areas. With this comes increasing demand on sand – which accounts for around 35% of the concrete mix – to support construction and infrastructure.

“The urbanisation challenge requires a technological and sustainable solution,” says Vallelly. “The ComboTM X900 maximises resource yield from natural sand and crushed rock feed, adding huge commercial value and minimising waste, and it ensures not one grain of value is lost to settling ponds.”

Vallelly continues: “We’re supporting our customers to extend the life of their quarries through more efficient and sustainable technologies by extracting value in the form of manufactured sand from what was previously categorised as a ‘waste’ by-product, by ensuring maximum product yield from resources, and by boosting profitability through highly efficient processes.”