Last week a Python 5000+ Pothole Patcher drove off the assembly line and straight into a truck going bound for Montreal, Canada, where it was then loaded onto a ship bound for Denmark.

This marked a major milestone for Python Manufacturing, as it will be the first Python 5000 to make its way to Europe.

Python patchers have already been actively working around the world for several years now in North America, South America and in Asia. This latest shipment marks the first time one of their units has made its way into the European market.

Python’s representative in Denmark, Robert Milutin, was excited to hear that the Python 5000+ will soon be arriving, he said: “We have been waiting a long time for this.” Although he has been wanting to bring a unit to Europe for several years, it was only about a year ago that Python Manufacturing incorporated an engine that would meet Europe’s strict emissions standards. “I know that once people in Europe see the capabilities of this product, they will be as excited as I am to see how efficiently and inexpensively it can keep our roads in good condition,” he added.

CEO Dr. KyungWon Yun credited this milestone to Milutin’s determination to get a unit into Europe, and thanked the sales and production teams for making it happen: “We have had to make some adjustments to our processes due to the Covid-19 pandemic, such as doing inspections and training via video. Everyone has pitched in and I am very happy that we’ve been able to make this a success.”

The Python 5000+ is the only self-propelled pothole patcher that uses standard asphalt mixes to produce long-lasting repairs in under two minutes while keeping the operator safely inside the cab.

It is capable of saving cities and municipalities a great deal of money in operating costs, and by extending the life of their roads. 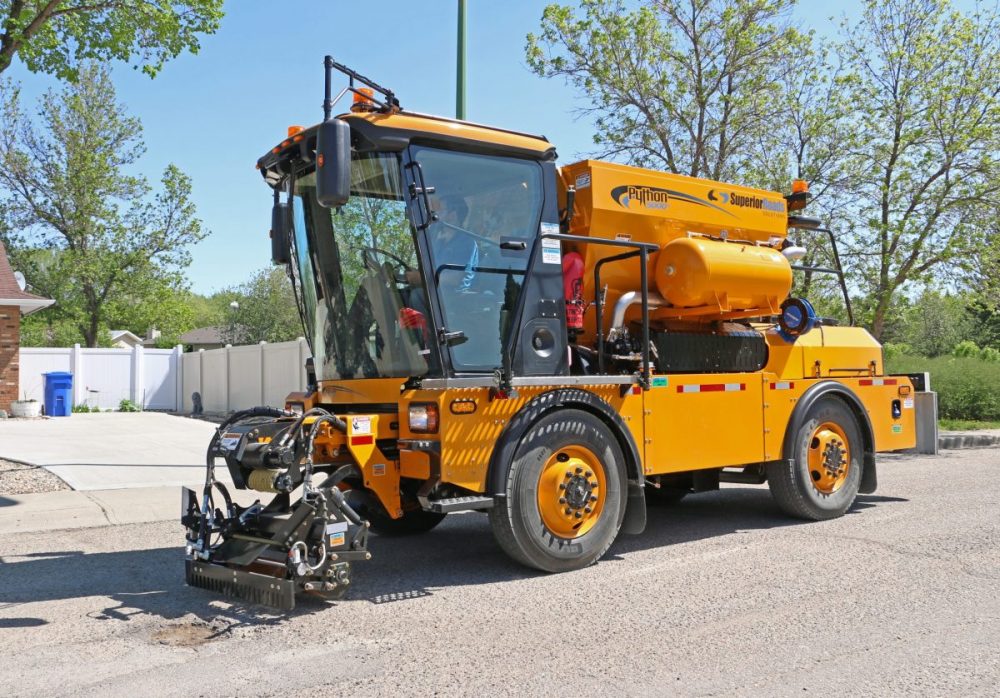