Expert sheet piling contractor and installer, Sheet Piling (UK) Ltd, could come to the rescue of contractors responding to the new safety requirements surrounding smart motorway projects, as specified by the Government Safety Review in March.

The company, which has already delivered significant cost savings to smart motorway projects UK-wide, says it has a hugely more cost-effective way of fulfilling the Government and motoring bodies’ requirements for additional Emergency Rescue Areas (ERAs) than traditional methods.

It highlights how, with its unique equipment, significant savings on each ERA could offset an overall cost of additional ERA installation that the highways sector says could run to millions.

Sheet Piling UK has already tested its theory in this regard when handling smart motorway infrastructure work on the M23, M1, M25 and M62. There it has installed sheet pile walls within the Emergency Refuge Areas (ERAs) that have been sited 2.5 miles apart, saving around £40,000-£60,000 on average, per ERA with a 100-metre sheet pile installation. 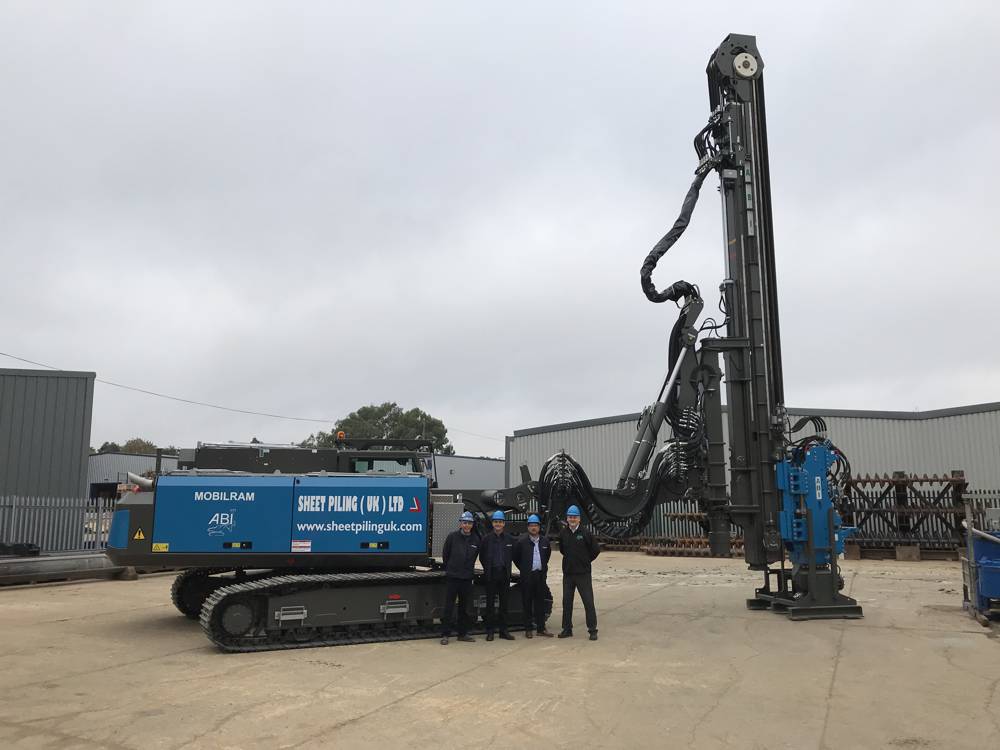 Now, the Government Safety Review has said ERAs, also known as SOS lay-bys, should be no further than one mile apart, and ideally just 0.75 miles apart where feasible. The Review has also asked for 10 extra refuge areas to be retrofitted on the M25, leaving the door open for other such retrofitting projects.

The Review’s ruling on ERAs comes after years of lobbying by the AA and a BBC Panorama programme that highlighted 38 deaths on parts of the 200-mile smart motorway network in the past five years. The programme also brought to light a 20-fold increase in near misses on a single stretch of the M25.

The AA says smart motorways can be safe, pointing to the successful 2006 pilot scheme on the M42. However, that pilot had emergency stopping areas every 600 metres. When work began on smart motorway projects, the distance between stops rose to 2.5 miles.

With the new requirement to increase the number of ERAs, Sheet Piling UK’s unique, £1.2m long-reach rig – the TM 12/15R – could play a major part in the transformation of smart motorways into safe traffic management systems. The rig was especially commissioned to be a game-changer in infrastructure widening projects and so it has proved. With a further 300 more miles of smart motorways in the planning, the opportunities to deploy the rig – and a sister rig due to arrive later in 2020 – are massive. 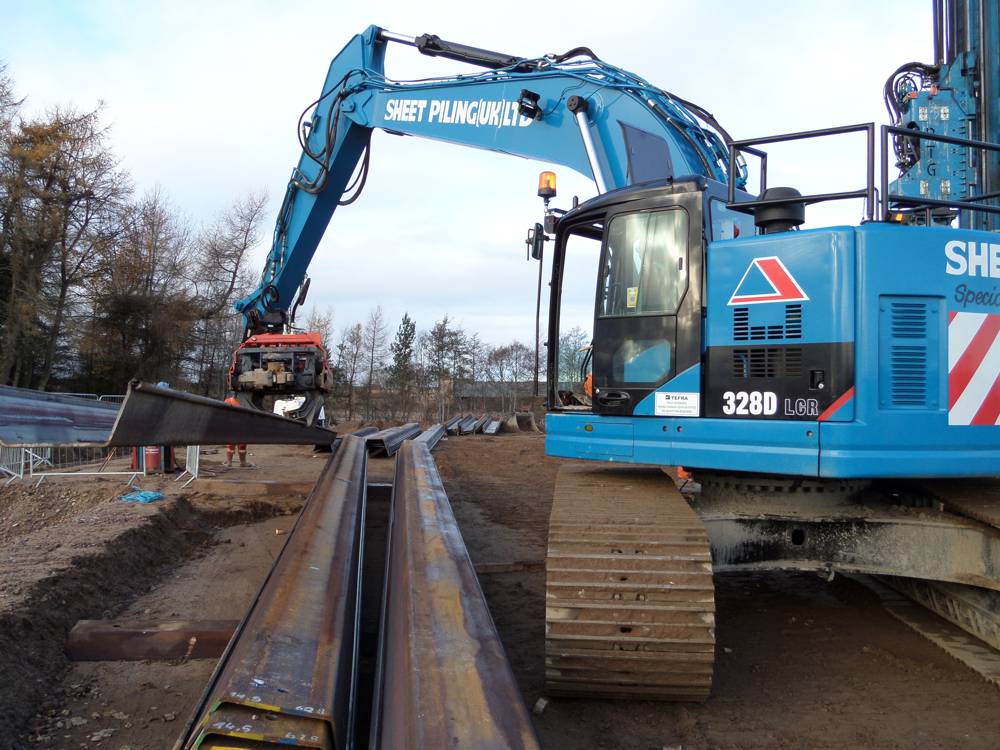 The rig delivers such phenomenal savings for a very simple reason – at 8.1 metres, it has a reach three metres longer than any other rig, which allows it to stand on existing motorway infrastructure when carrying out the groundworks required for an ERA cutting. Unlike all other rigs, it does not require a platform to be built for it to operate from before commencing the sheet pile installation work required. Such platform construction not only sees the cost of work soaring unnecessarily but also adds weeks to the timescale for the ERA project.

Other beneficiaries of the rig’s unique characteristics are wildlife, as less damage to the surrounding landscape occurs, and motorists, as the traffic flow is improved by there being less site traffic entering and exiting the ERA construction zone.

Such has been the success of this rig, Sheet Piling (UK) Ltd has now placed an order for a second rig, due to arrive in August, with the same reach, but the capacity to drive piles deeper.

Sheet Piling UK’s managing director, Andrew Cotton, says: “By using our long-reach rig to either create new refuge areas for new smart motorway projects or retro-fit additional ERAS to existing stretches of smart motorway, we can save millions on the overall cost of refuge area construction. We hope that Highways England will recognise this and that the Transport Minister, Grant Shapps, who very quickly held the smart motorway review, will hear of the significant advantages of using the TM 12/15 LR to carry out refuge area construction.

“We know that other stretches of the smart motorway network – including a 10-mile stretch in South Yorkshire – are being scrutinised on the basis of safety. Highways England should not be scared of retrofitting new refuge areas on parts of the network where issues have occurred, as savings could be made within the overall smart motorway budgets, if our expertise and equipment were deployed. Safety should always be the priority.” 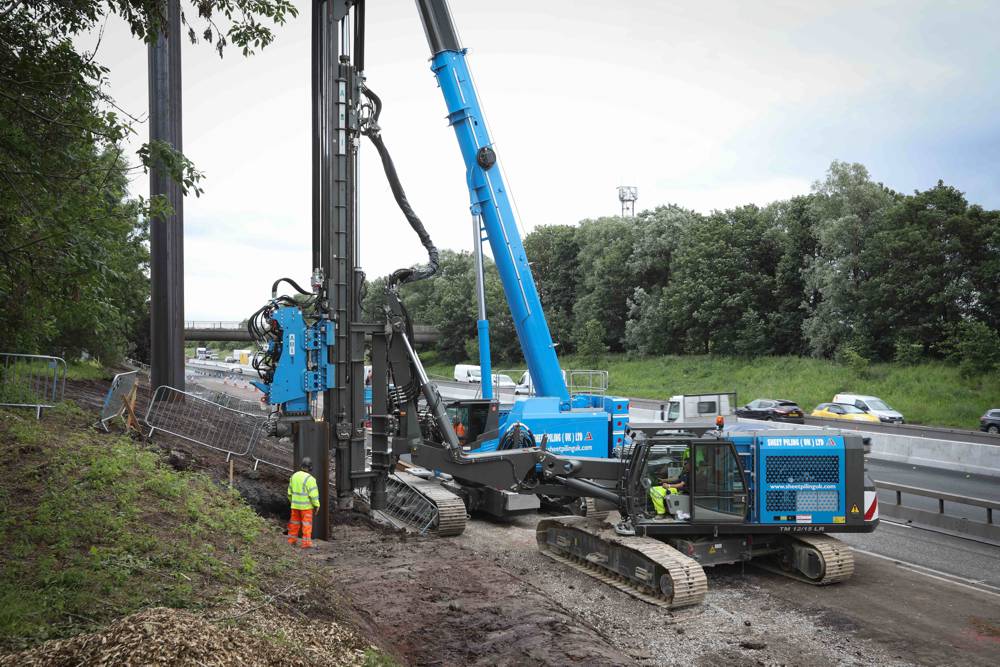 If Sheet Piling UK’s rig – and the second rig, when it arrives – were used more fully by contractors, it could also achieve a long-term goal for the AA. The motoring body said, after the Government’s review that. “we believe the intention to place ERAs every three-quarters of a mile is a great outcome and what we have called for over the last decade.”

Quotations from our partners