The new S-576Z R Series product significantly extends the operation temperature range of ABLIC’s previously released Hall effect ICs for general industrial equipment. It enables stable operation in harsh environments where the ambient temperature of the Hall effect IC can range from as low as -50°C to as high as +150°C, e.g. when the motor is operating under scorching direct sunlight. As the industry’s only surface-mount Hall effect IC for brushless DC motors that guarantees operation down to temperatures of -50°C, it is especially suitable for use in very cold climates. 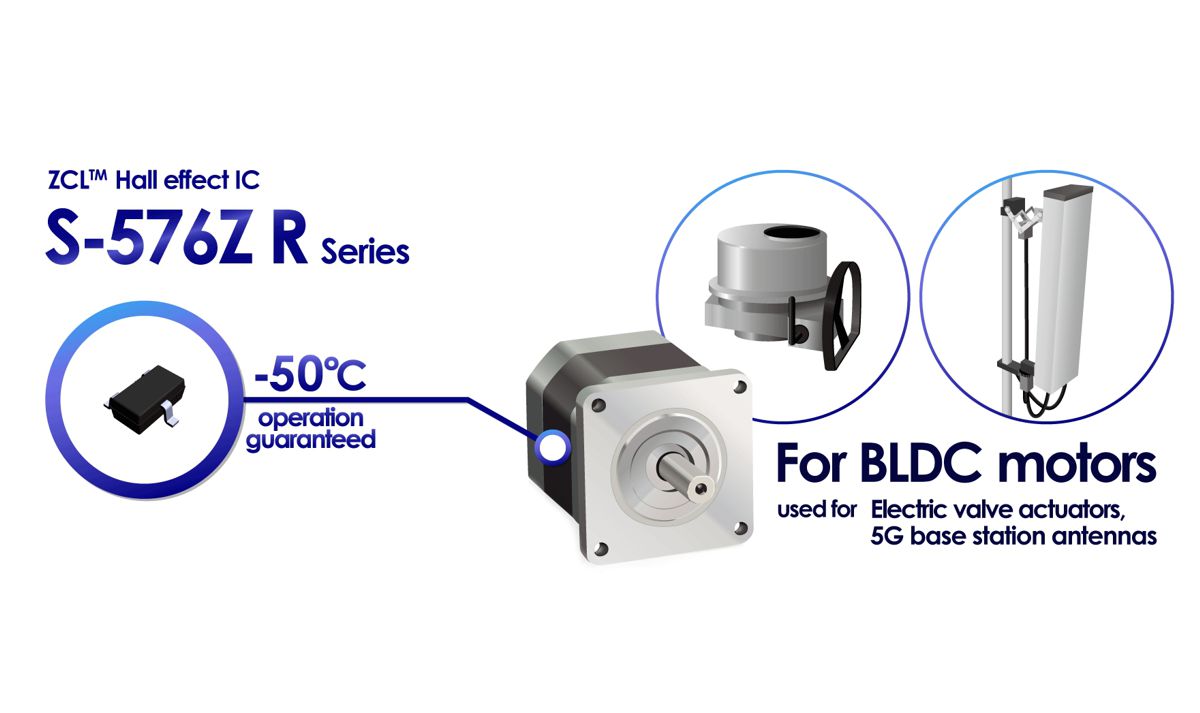