Boschung today announces the launch of the Urban-Sweeper S2.0 driven by WIBOT. A pioneer in the industry, the 100% electric Urban-Sweeper S2.0 has now become a fully autonomous street sweeper featuring the most advanced revolutionary technologies.

A world leader of Surface Condition Management since 1947 and specialized in the engineering of summer and winter traffic surface clearing equipment, has pioneered the market of street sweepers with the Urban-Sweeper S2 since 2013. The articulated street-smart, intuitive and compact 2m3 sweeper was engineered and designed for maximum performance in urban landscapes. In 2018, Boschung engineered a new battery system to replace the diesel engine of the sweeper launching the Urban-Sweeper S2.0. The powerful muscle that keeps the vehicle moving, and whose performance determines how efficient the sweeper can be is created out of innovative materials and designed to optimize the battery’s capacity, durability and safety, making this one electric sweeper built to perform. With an autonomy of over 8 hours of work, the Urban-Sweeper S2.0 is now driven by WIBOT.

Today, Boschung and Autowise have joined their engineering knowhow throughout the Urban-Sweeper S2.0 driven by WIBOT, making the one sweeper smarter than ever. Equipped with a combination of lidars, cameras, mm-waves radars and gps antennas, the sweeper has a 360° coverage of its surrounding environment. The accurate and efficient recognition algorithm allows the sweeper to track all objects in sight simultaneously. The low noise pollution of the electric sweepers enables a 24h use. Autonomous wake-up, autonomous parking, the Urban-Sweeper S2.0 driven by WIBOT can not only be used in closed areas, it can safely sweep the public streets with a level 5 certification. The autonomous sweeper performs its cleaning tasks in strict adherence to the operation protocol until cleaning cycle is achieved, leaving no chance to dirt. Switch to manual mode and drive the Urban-Sweeper S2.0, at your own risks!

Boschung is a Swiss company with worldwide activities. Boschung is the world leader in Surface Condition Management. The group engineers, develops, manufactures, operates and services comprehensive integrated solution for the efficiency and safety of traffic surfaces. Today the group is present on three continents with 12 locations in 10 countries. 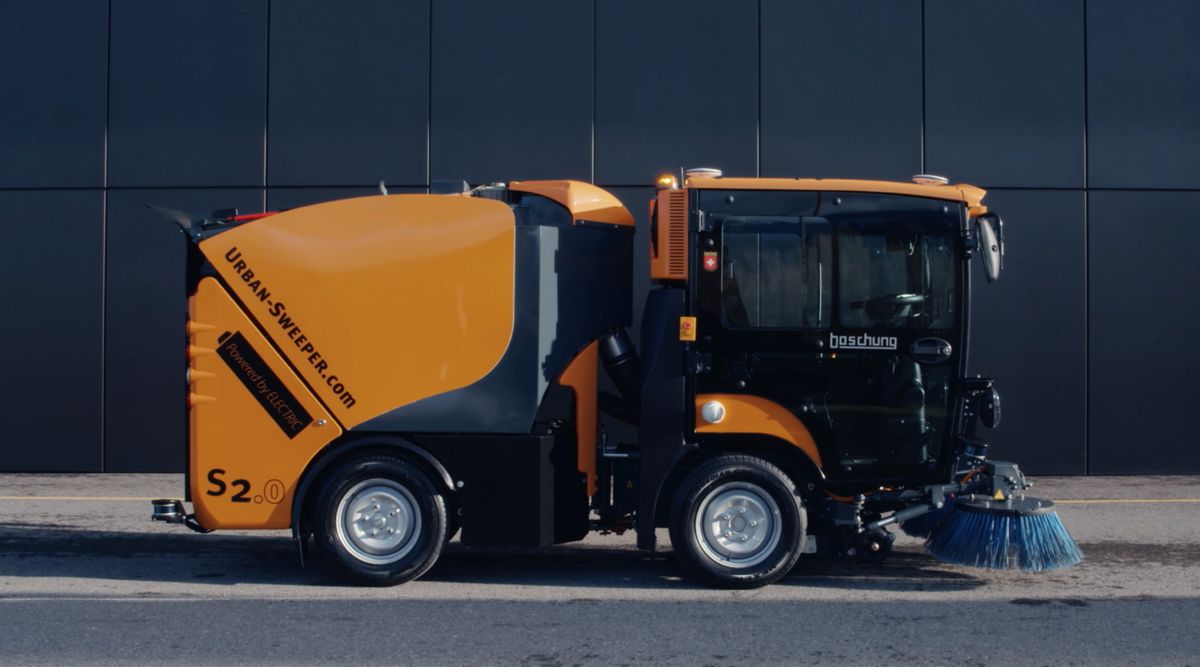