PEUGEOT has been pioneering electric vehicles since 1941, with the all-new e-2008 SUV the culmination of nearly 80 years of expertise.

From creating an electric vehicle to combat the fuel shortages during the German occupation of France in the Second World War to setting world records with the EX1 Concept, PEUGEOT has taken a look back at its rich electric history ahead of its first-ever full electric SUV, the e-2008 SUV, arriving in UK showrooms. 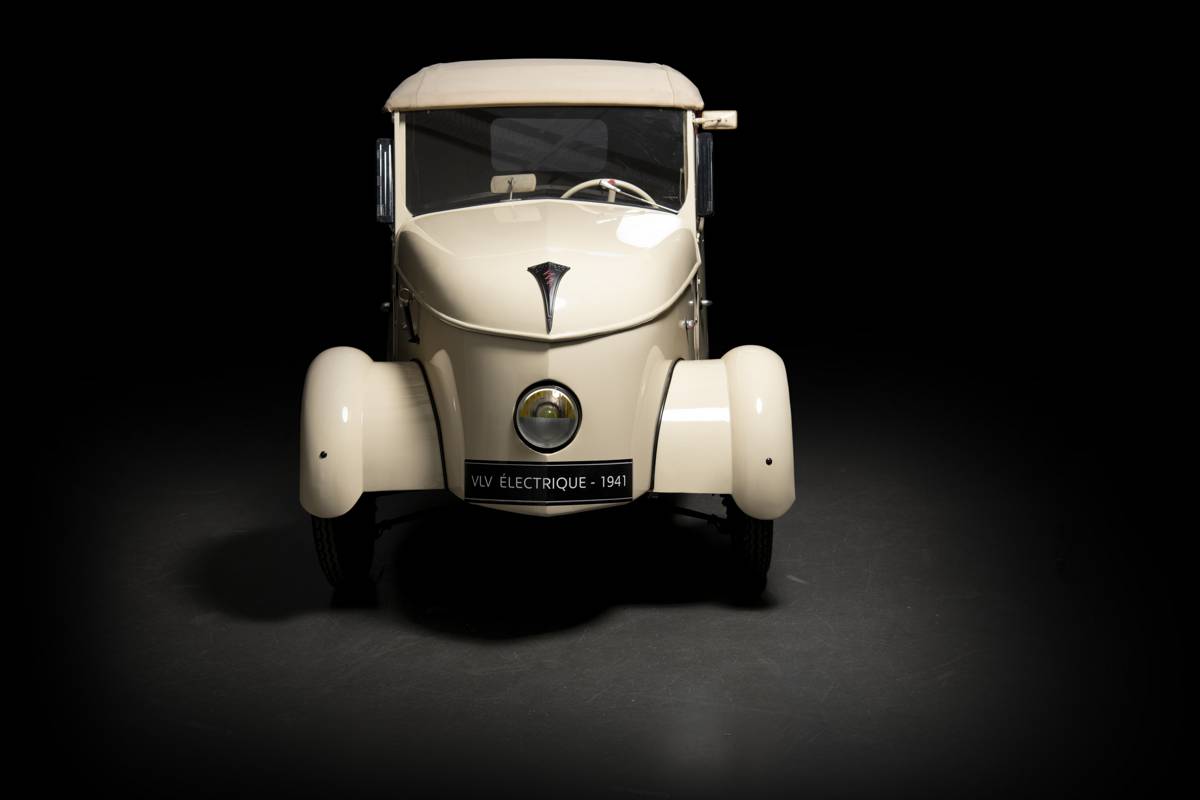 In 1941, faced with the German occupation and fuel shortages, PEUGEOT developed a unique alternative for the time: the VLV (“Véhicule Léger de Ville – Light City Vehicle”), a small car designed with an electric drivetrain. This was the first PEUGEOT electric vehicle and was a mini cabriolet with two offset seats.

This economical vehicle, designed for urban use, was intended to meet the transport needs of those whose vehicle had been requisitioned or could not be driven due to a lack of fuel, which was often rationed and very expensive. Designed as a “cyclecar”, with a wide track at the front and a narrow track at the rear, the VLV ran on electricity using batteries stored in the front, and an electric motor without a differential that powered the rear wheels. Its range was 43 to 50 miles at speeds up to 21mph. It was mostly used by postal workers and doctors. In total, 377 PEUGEOT VLVs were produced between 1941 and 1943 at the La Garenne factory in the Paris region.

In 1989 PEUGEOT became the first major European manufacturer to offer an electric version of a commercial vehicle to local authorities and businesses. The J5 electric van was built in collaboration with battery manufacturer SAF and was offered as an efficient alternative to internal combustion vans at the time. In 1995, the “106 ELECTRIC” was created, an electric passenger car for private individuals. The vehicle was in development since 1993, under a partnership with EDF (Electricté de France) Twenty-five “106 ELECTRIC” were tested by private individuals, professionals and local administrations before the public could purchase the vehicle. The 106 was produced from 1990 to 2003 with 2,798,246 units sold, including 3,542 electric models between 1993 and 2003.

Throughout the 1990s and early noughties, PEUGEOT continued to showcase its interest in developing electric vehicles though a series of innovative concept cars.

The PEUGEOT Ion was unveiled at the 1994 Paris Salon motor show. A vehicle conceived and designed exclusively for the city, the Ion offered drivers and passengers a level of comfort and equipment that was still futuristic in the 2000s for series production cars. Everything was designed and set up to make life on board easier: two wide doors provided access to four seats, with the interior including features such as a CD player, hands-free telephone, LCD screen and space for children’s video games. At 3.32m long and 1.6m wide, the PEUGEOT Ion Concept was powered by a 20 kW electric motor powered by nickel-cadmium batteries. 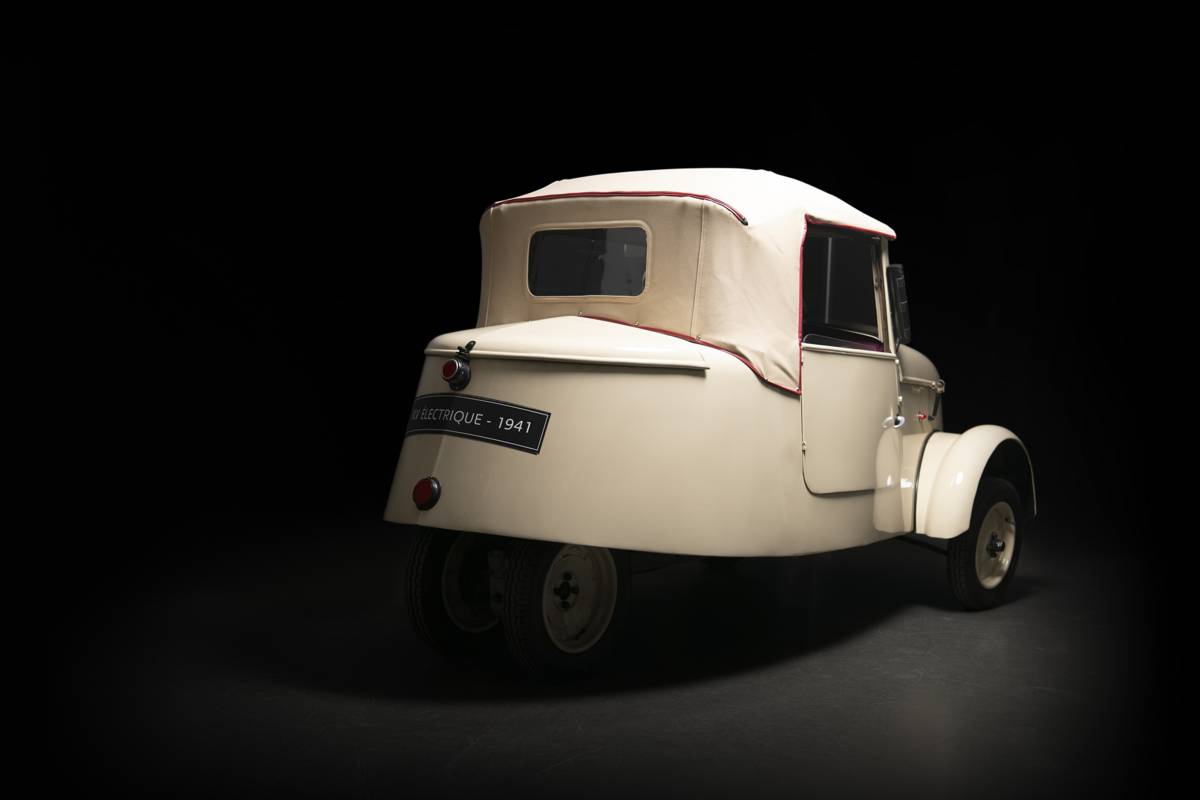 Free, Individual and Public Urban Transport, or TULIP, came from a desire to better reconcile the city, the car and the environment. Launched as a concept in 1996, the TULIP was organised around a network of vehicles for hire for the city and for public use. It also featured a central station for management, booking, mobile maintenance and billing. It was the forefather of today’s car sharing movement that can be found in most European city centres.

Presented at the 1996 Paris Motor Show, the Touareg used nickel/cadmium hydride batteries located in the back of the front seats. The open-top off-roader was actually a hybrid. Powered by a 35.5kW electric motor, the Touareg also featured a single-cylinder engine, which acted as a generator allowing the batteries to be recharged autonomously and providing a range of 186 miles from just 15 litres of fuel.

In 2000, at the Paris Motor Show, PEUGEOT exhibited four concept cars on its stand, all with a futuristic design. They were created by Gérard Welter’s teams under the themes of “the year 2000” and “urban mobility”. Among these four concepts, named “City Toyz”, two were electrically-powered: e-doll and Bobslid.

Both cars could accommodate three passengers and each were powered by electric batteries and featured a unique take on the steering wheel. The e-doll could be steered with a handlebar similar to a motorcycle, while the Bobslid was steered through a joystick. 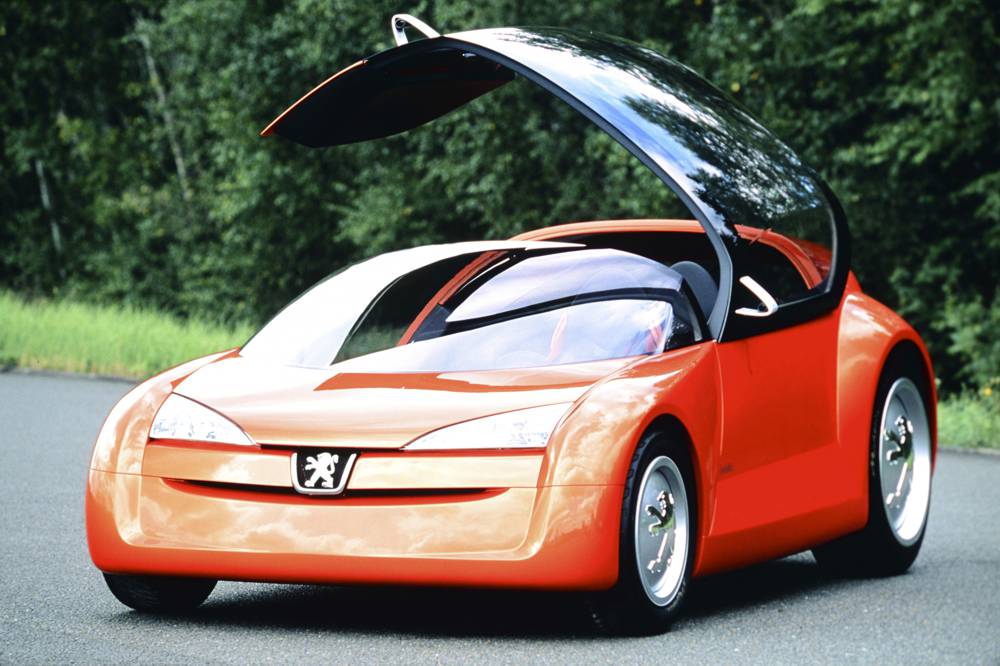 At the 2009 Frankfurt Motor Show, PEUGEOT unveiled a 100% electric city car concept called BB1. Capable of accommodating four people in a vehicle just 2.5m long, the BB1 completely overhauled the traditional take on a car. Ultra-compact and ultra-light (600 kg) with its carbon body, the BB1 concept car was a model of urban vehicle adapted to the constraints of a dense city environment. Its Lithium-ion batteries enable a range of around 60 mile, enough for daily urban use.

Designed in 2010 to celebrate the 200th anniversary of the PEUGEOT brand, the 100% electric EX1 concept car was a two-seater roadster with a futuristic style and original architecture, designed to offer intense and real driving sensations. The EX1 accelerates from 0 to 60mph in just 2.24 seconds and reaches a top speed of 161mph in 5.1 seconds. Its performance is the result of its sharp aerodynamics, ultra-light structure and two electric motors, which give it its maximum cumulative power of 250 kW (340 bhp) delivered through its four-wheel drive system. Thanks to its carbon structure and light weight, the PEUGEOT EX1 concept car broke six world records – approved by the International Automobile Federation. 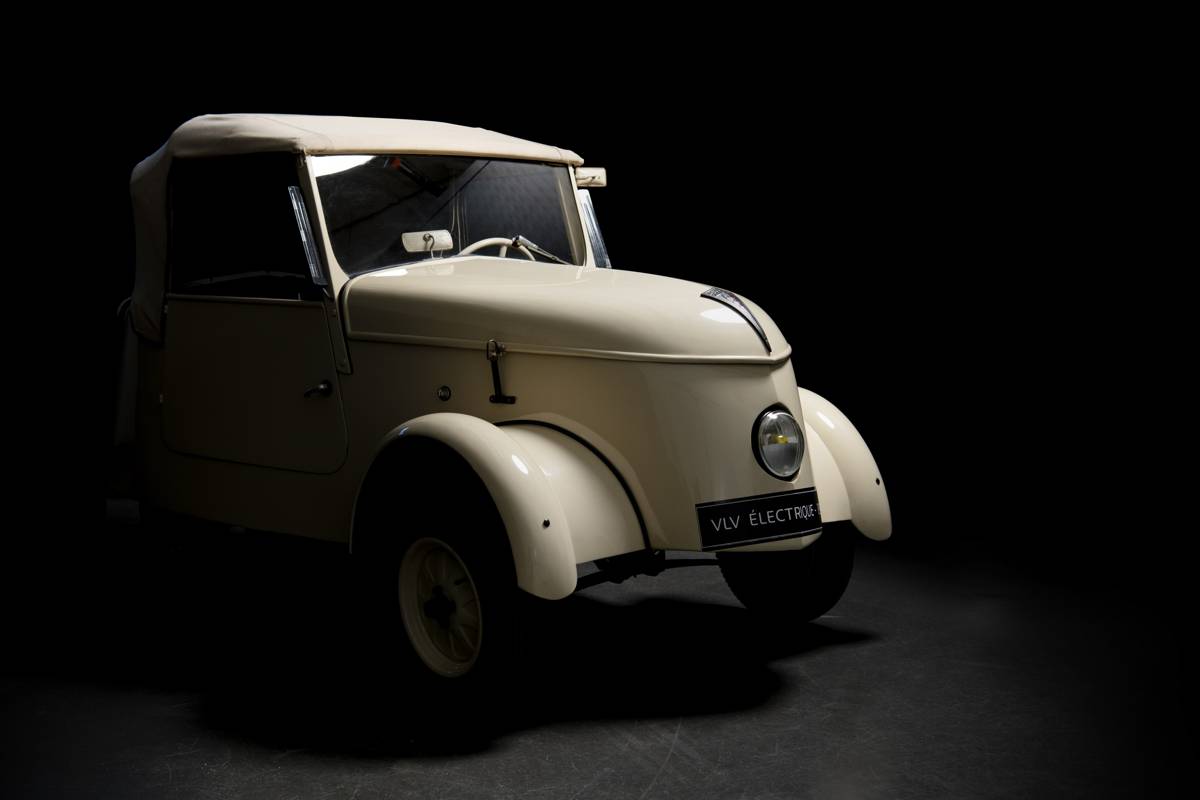 With nearly 80 years of electric expertise behind it, the e-2008 SUV made its world premiere at the 2019 Canton Motor Show. With a distinctive style and engaging driving dynamics, the e-2008 SUV embodies the brand’s new design direction and philosophy of ‘Choose your PEUGEOT, choose your powertrain’. The 2008 SUV is available with both efficient petrol and diesel models and as a fully electric vehicle, the e-2008 SUV.

Powered by a 50kWh battery and a 100kW electric motor, the e-2008 SUV has a zero emissions range of 206 miles under WLTP testing.