Highways England estimates that congestion on the motorway and major road network in England costs an estimated £2 billion every year. To combat this, the UK Government’s strategy to keep traffic flowing smoothly and reduce journey times has focused on smart motorways.

Smart motorways — which cost far less to implement than traditional road widening approaches — represent an intelligent approach to tackling this £2 billion economic burden. By making the hard shoulder available for use by traffic, using dynamic variable speed limits and a combination of technologies and alerts smart highways aim to increase the capacity and efficiency of the UK’s major road network.

Although smart motorways currently account for just 200 miles (less than 9%) of the UK’s 2300 mile motorway network, analysis shows that capacity in the busiest of those areas has increased by up to a third. Other studies on the smart sections of the M25 have shown that the schemes support an additional 11,000 journeys a day.

However, a recent report published by the Department for Transport paints a more cloudy view of the success of smart motorway schemes, with data revealing that 38 deaths have occurred on smart motorways over the last five years. Moreover, data for 2015-18 (inclusive) highlighted that while smart motorways carried 10.7% of motorway traffic they accounted for, on average, 11.4% of the serious casualties.

According to the report, there are current inadequacies with some of the technology infrastructure which are directly contributing to these incidents. For example, the camera-based car detection system – used to spot vehicles that are broken down or encountering issues and rapidly send out rescue teams – takes an average of 17 minutes to spot a vehicle in trouble, and a further 17 minutes for a rescue team to arrive on the scene. That’s more than 30 minutes drivers are being exposed to unwanted risk.

Enlightened by this new data, Transport Secretary Grant Shapps has made a public statement about his intentions to tackle these issues. Clearly, the best starting point is the fundamental technology used in smart motorway deployments. 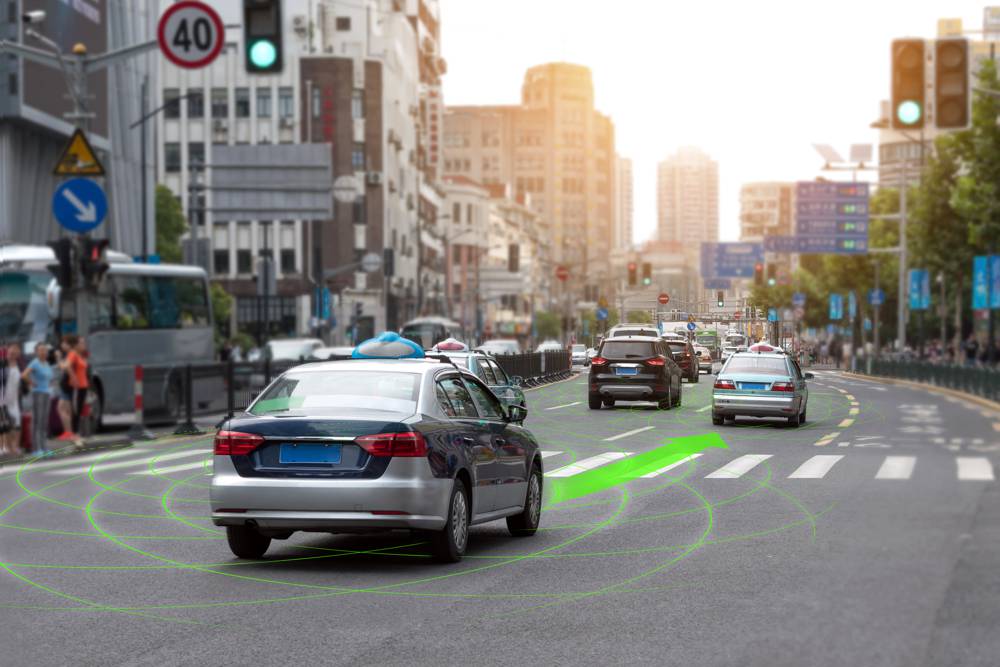 The limitations of point sensors

The problem with the technical implementation of smart motorways is the reliance on point sensors i.e. cameras and induction loops in the roadway, which can never deliver full visibility of the entire motorway.

Even in a best-case scenario where you may have loops or cameras every 400 metres, yes, you’ll have good coverage, but it’s certainly won’t be full continuous monitoring. Leaving any gap in coverage is an open invitation for delays and errors to creep in, that increase the risks to drivers. It is also common for induction loop sensors to fail, which obviously increases the likelihood of bigger gaps emerging.

The reality is that there will always be compromises in the coverage point sensors can provide — and the economics of installing even more sensors at even more regular intervals is too costly to justify.

Changing the economics of smart motorways

However, there is an alternative approach to point sensors based on Distributed Acoustic Sensing (DAS). DAS upgrades a traditional fibre optic cable to effectively convert it into thousands of vibration sensors, akin to placing an army of microphones along a road. A laser shoots thousands of pulses of light down a cable each second. A minor proportion of this light is reflected, and any disturbances in the light pattern will be picked up by the sensor. Each kind of disturbance has its own signature and advanced algorithms in the technology can tell an operator what happened, exactly where it happened and when it happened.

By using the fibre alongside a motorway, DAS can provide full continuous monitoring of its entire length, alongside additional detection capabilities to spot disruptions in the flow of traffic and any erratic/unexpected behaviour from vehicles.

In this way DAS not only closes the gaps in the sensor infrastructure, increasing the efficacy and accuracy of identifying incidents, but also boosts the speed of response through the real-time detection of incidents anywhere on the motorway.

As well as enhancing the core operation of a smart motorway, DAS can also introduce additional benefits – for example detecting potholes in the signatures of the vehicles passing over it, or even providing a rapid alarm system for incidents like loose animals entering the roadway or items falling off heavy goods vehicles.

More importantly, DAS fundamentally alters the economics of smart motorways. Because it can make use of fibre that is already installed, DAS makes it commercially viable to extend smart motorway systems, not just to more of the motorway network, but also to the A and B road network, without major disruption. In this way DAS could truly enable a network of smart highways, not just smart motorways. 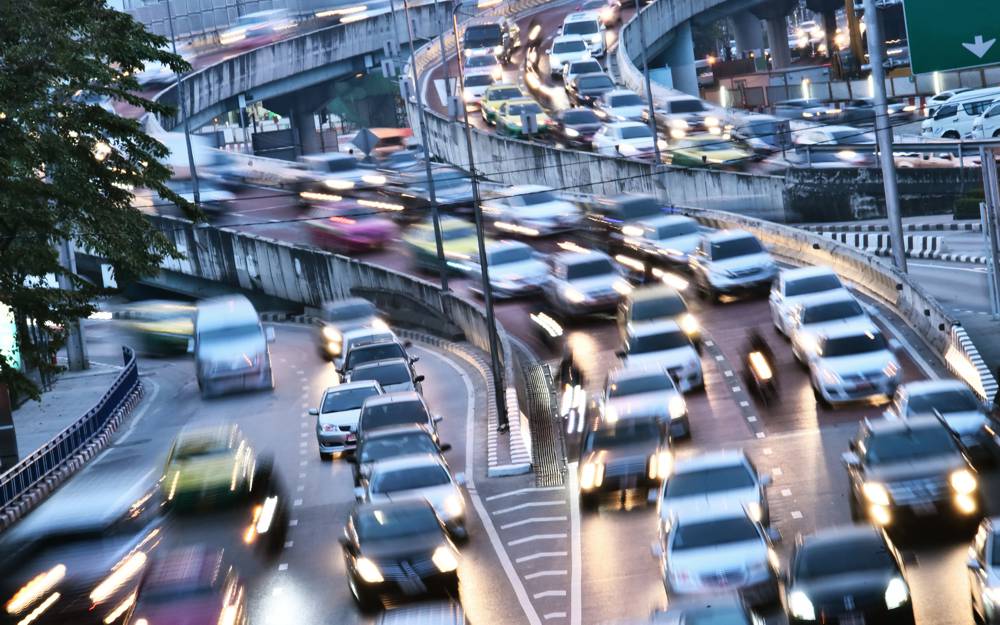 To thoroughly prove DAS’ capabilities as a traffic management system Fotech and COMSA undertook an immersive field trial in February 2020, along a five kilometre stretch of road in the Catalonian town La Bisbal d’Empordà.

During the trial regular traffic flows were measured through a combination of DAS and video cameras to cross-validate the findings at specific points along the route. The trial also measured the movements of pedestrians, cyclists, and the vibrations of an old stone bridge along the route.

At night, a 500-metre-long stretch of road between two roundabouts was closed so that the team could run a series of tests. These ranged from tracking different methods of braking and accelerating, as well as running simulated traffic queues. Each of the parameters was changed one by one in order to understand how much the DAS sensors were able to measure.

Full analysis of the data is still ongoing, but the trial proved clearly that DAS can track the movement of vehicles without interruption along an entire road and deliver sufficient information for a sophisticated traffic management system. The DAS solution could successfully determine the size of vehicles, the speed they travelled, could identify points of congestion and the length and growth-rate of queues. 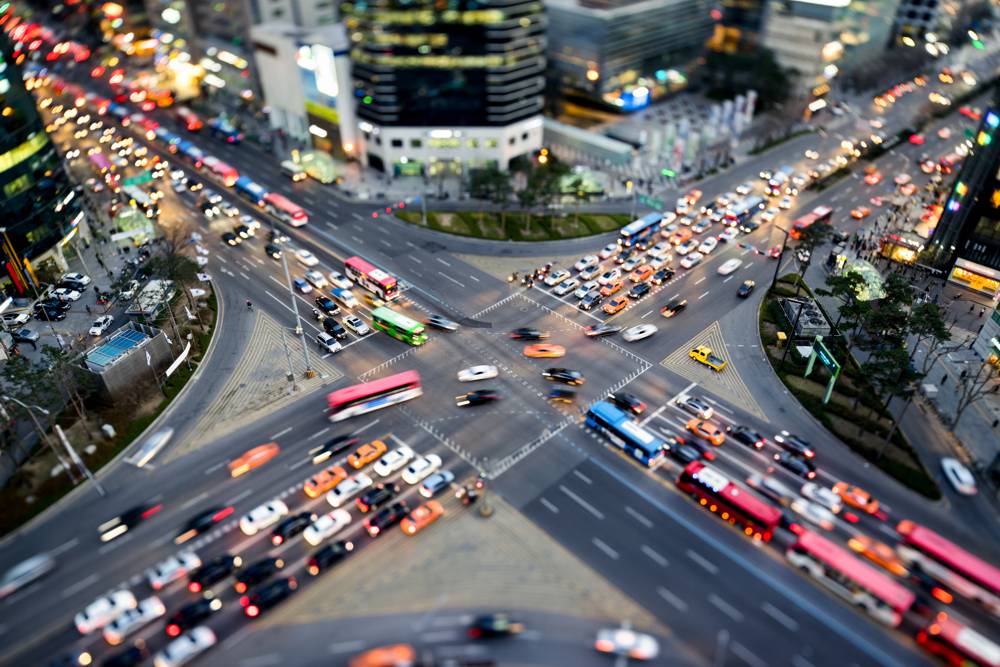 Looking to the future

The full potential of DAS to significantly improve the safety and efficiency of our road networks is only just beginning to be explored. But all the signs indicate that the technology can be a powerful tool in the effort to combat the £2 billion economic impact of traffic congestion and keep the country moving safely.