Ford have commissioned custom tyres that can leave key water safety messages imprinted on stretches of sand as part of a new initiative with the Royal National Lifeboat Institution (RNLI).

This activity aims to support the lifesaving charity to educate people on, and raise awareness of key beach safety advice. The custom tyres have been designed to leave 3 key water safety messages in the sand, including ‘float to live’, ‘no inflatables’, and ‘emergency? call 999’. 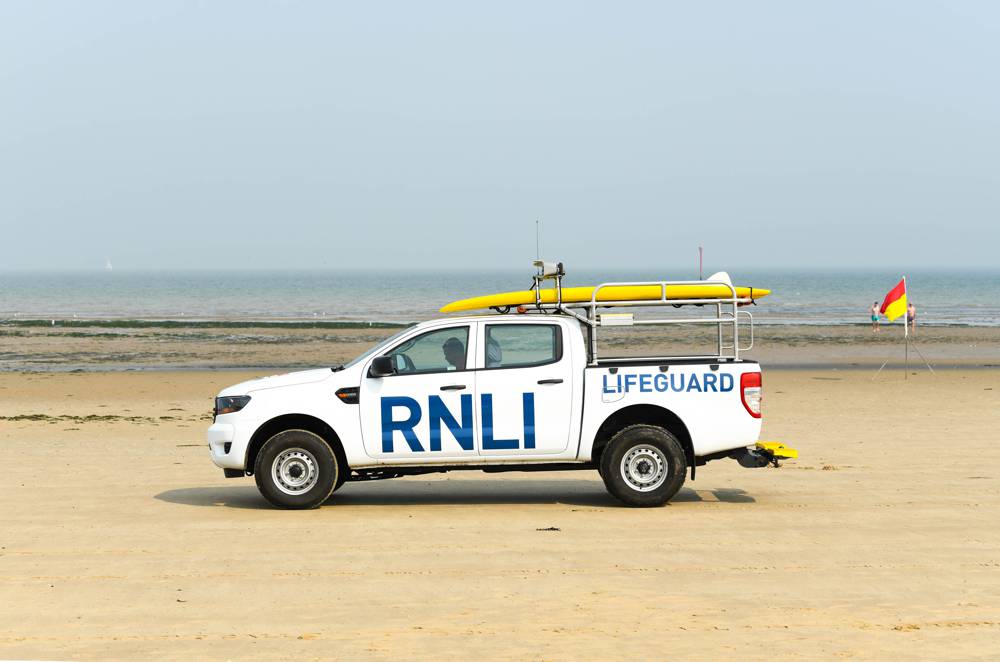 This comes as new research from Ford reveals that 40% of people who would take an inflatable into the sea in the UK have previously got into difficulty. Over a third of people (38%) also said they’d consider taking a swim alone. And the UK loves a trip to the seaside, with 82% saying they visited the seaside in the last two years. Seaside destinations that are within 2 hours away are a sweet spot, with 63% of people willing to drive for this amount of time to visit the UK seaside. Despite a love for the seaside, only 56% of the UK public know to call 999 and ask for the coastguard if they see somebody fall into open water.

Writing messages in the sand is a long-standing tradition and inspired Ford to create a way of spreading water safety messages quickly across miles of beaches using its vehicles. The custom tyres are made from a mould of each water safety message. The mould creates a rubber tyre sleeve that is wrapped around the Ford Ranger tyre tread and fixed into place permanently. 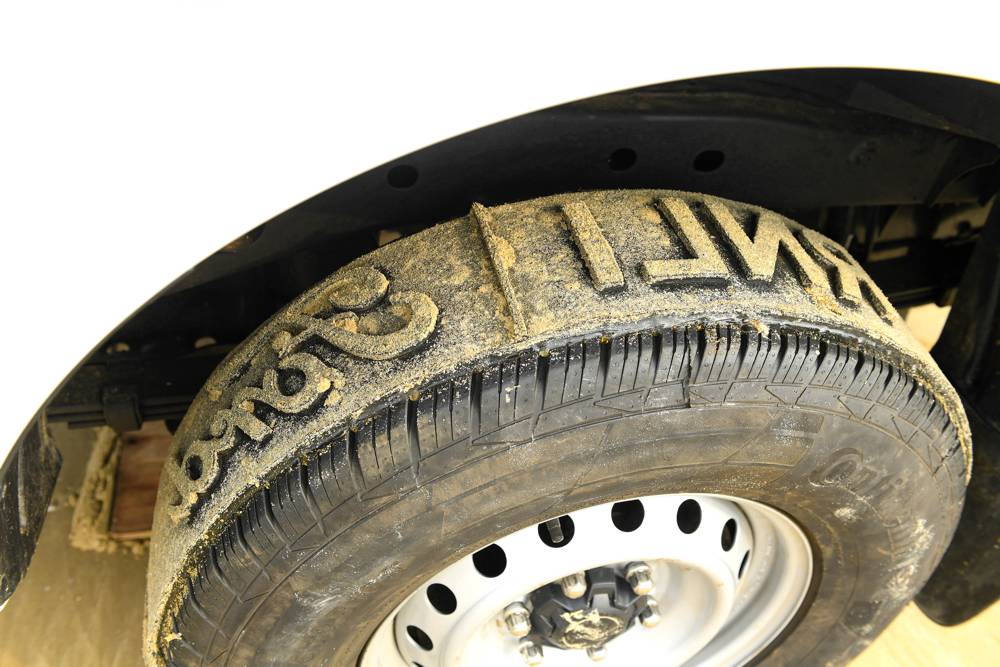 As people holiday at home this summer, enjoying beaches along the UK coastline the RNLI are asking the public – and parents in particular – to take responsibility for themselves and their families if they choose to visit a beach.

Guy Addington, Regional Water Safety Lead at the RNLI said: “Spending the day at the beach or out on the water is a great way to have fun and stay active but it’s easier than you think to get into trouble. With record temperatures, we’ve seen high numbers of people at UK beaches this summer so it’s imperative that we continue to raise awareness of important water safety messages. We’re delighted that Ford is helping us continue our mission to spread these messages that can help save lives. 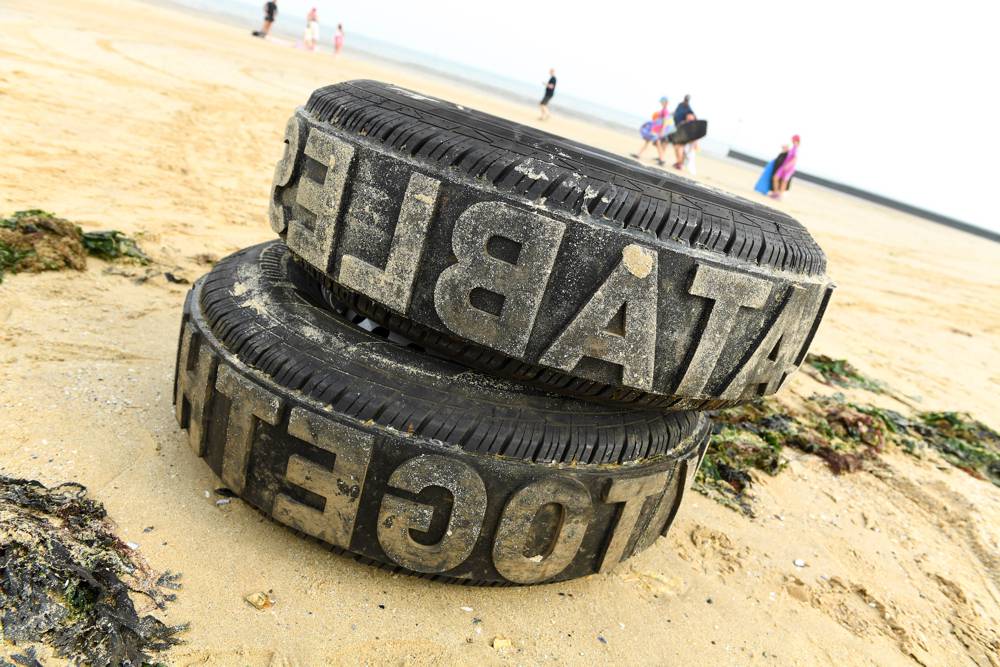 It is vital that anyone visiting the coast understands that the beach can be a dangerous environment and you must take responsibility for you and your family this summer. No one ever goes to the coast to be rescued yet RNLI lifeguards rescue 1000’s each year.”

In 2019, RNLI lifeguards aided more than 29,000 people on UK beaches in more than 17,000 incidents, saving a total of 154 lives. They also helped to reunite nearly 1,800 lost children and teenagers with their families and aided 346 people in incidents involving inflatables. 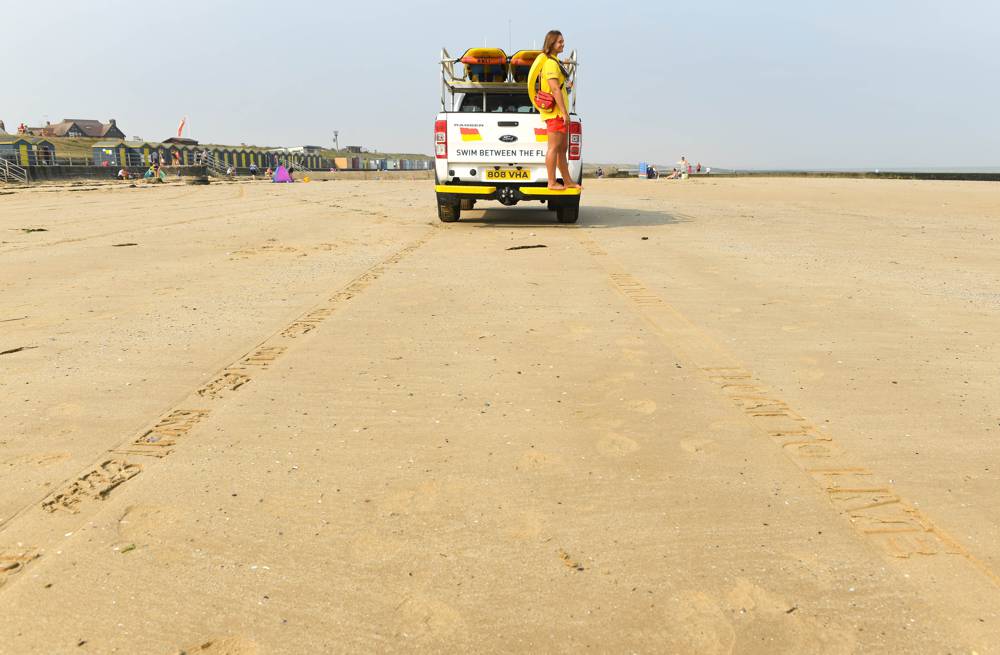 Andy Barratt, Managing Director at Ford of Britain, said: “We’ve been delighted to continue supplying vehicles to the RNLI, and support the outstanding work they do to keep us all safe. It’s very exciting to see our Ford Ranger being used to spread these important water safety messages”.

Ford is the official vehicle supplier to the RNLI, and the Ford Ranger is the RNLI’s pick-up of choice for lifeguard beach patrols, supporting their great work on beaches up and down the UK. Since 2018, Ford has provided the RNLI with over 350 vehicles, including the Fiesta, EcoSport, Focus, Kuga, Transit, Transit Connect and Transit Customs plus the Plug-in Hybrid Electric Vehicle (PHEV). 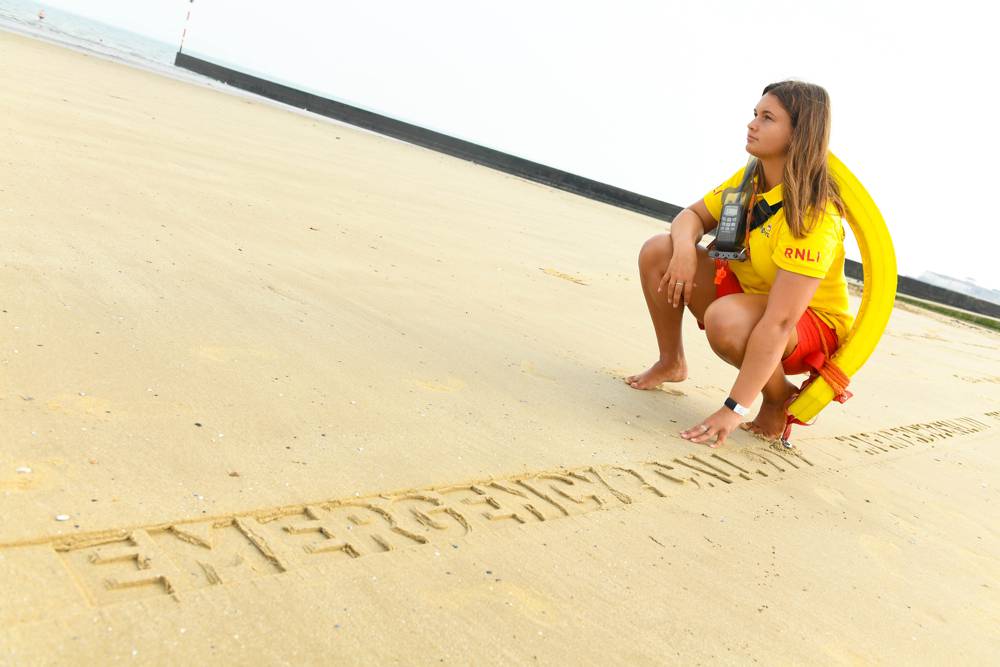 The custom tyres were tested by Ford at Minnis Bay in Kent. Ford & the RNLI are now looking at the long term use of this Ford Ranger, that has been fitted with the custom tyres. 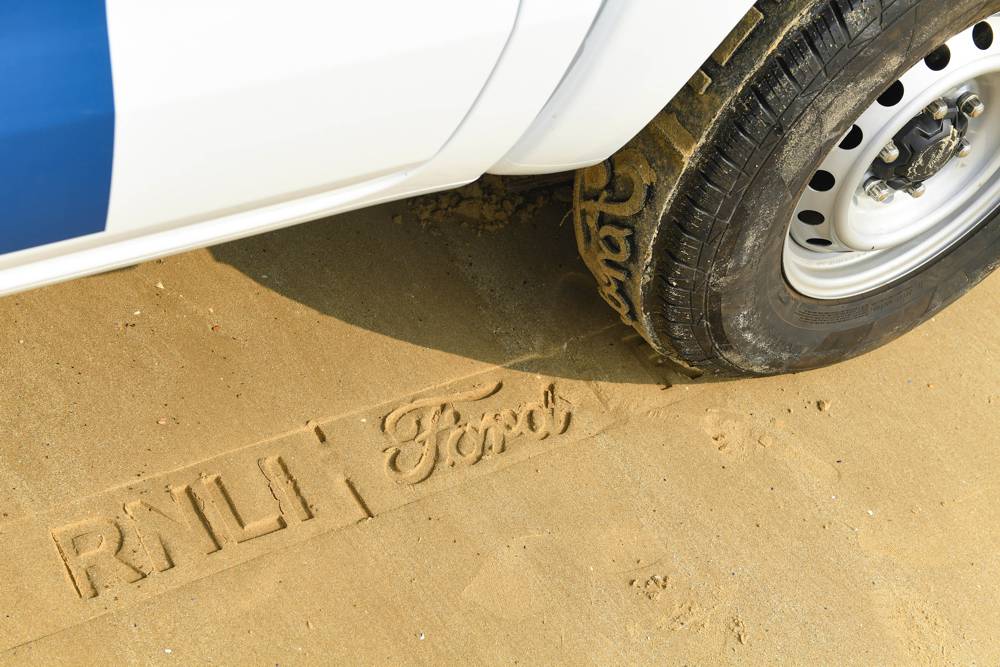