In Team Penske’s 53-year history, over 500 victories have proven that speed doesn’t just matter when the green flag drops. It’s equally precious in the days leading up to every race.

“Stratasys has consistently contributed to our ability to reach new solutions for improving our race performance ahead of the competition,” said Team Penske President Tim Cindric. “Our 3D printing strategy has always been to produce high-quality parts for our racing operations in the shortest amount of time, and the ever-evolving additive technology from Stratasys gives us confidence in our approach.”

Team Penske and Stratasys have worked together through five championships and more than 70 race wins since their relationship started in 2017. In that time, Team Penske has gone from two Stratasys 3D printers to four. The company now has three sophisticated FDM® 3D printers supporting advanced materials – a Stratasys F900, Fortus 450mc, and Stratasys F370 – primarily for tooling, fixtures, and end-use parts for cars. The team also has one PolyJet Technology™-based J750 3D Printer for prototyping. All are installed at the Team Penske facility outside of Charlotte, N.C. Stratasys also supports the organization with advisory and technical support services aided by cloud-based GrabCAD Print software.

“All of our Performance Partners represent the highest levels of development in their industry, from auto racing to aerospace to America’s Cup yacht racing, and Team Penske is truly elite,” said Stratasys Americas President Rich Garrity. “You win trophies with an every-day commitment to excellence, and we’re here every day for Team Penske to help them rack up another 500 wins.”

Race teams have developed a clear understanding of how vital data is, and they have been gathering as much of it as possible as often as possible, for some time. But being able to apply that data to improving vehicle performance has been a bigger challenge.

Matt Gimbel, Team Penske’s production manager, said Stratasys additive technologies have made a big difference. “The Stratasys partnership has allowed us to not only increase our output, but also produce parts in new materials that are immediately installed on race cars,” he said. “As a result, we have more design freedom and manufacturing speed to iterate faster to reach the optimum design. Ultimately we get better parts to the racetrack faster.”

The efficiencies gained from FDM 3D printing are clear for Team Penske, from fast turnaround time for parts to having developmental bandwidth at the ready. For example, previous options to produce composite layup tooling were limited to the team’s CNC machining technology. Now, Team Penske is largely using FDM 3D printers. An idea on Tuesday can be in the car on Wednesday and ready for the weekend race.

Race teams also are increasingly using 3D printed parts in the cars themselves, particularly using Nylon12 Carbon Fibre. Common 3D-printed in-vehicle parts include brackets, mounts, and applications of new designs such as the side mirrors of NASCAR cars. Performance gains are not only achieved on the racetrack; Team Penske also uses 3D printed parts for pit crew equipment.

With 37 national championships, including 16 in INDYCAR SERIES competition, Team Penske has often been referred to as the New York Yankees of motorsports. Last year, the team produced single-season records of 40 victories and 45 pole positions to go along with three championships across its five series of competition around the globe. 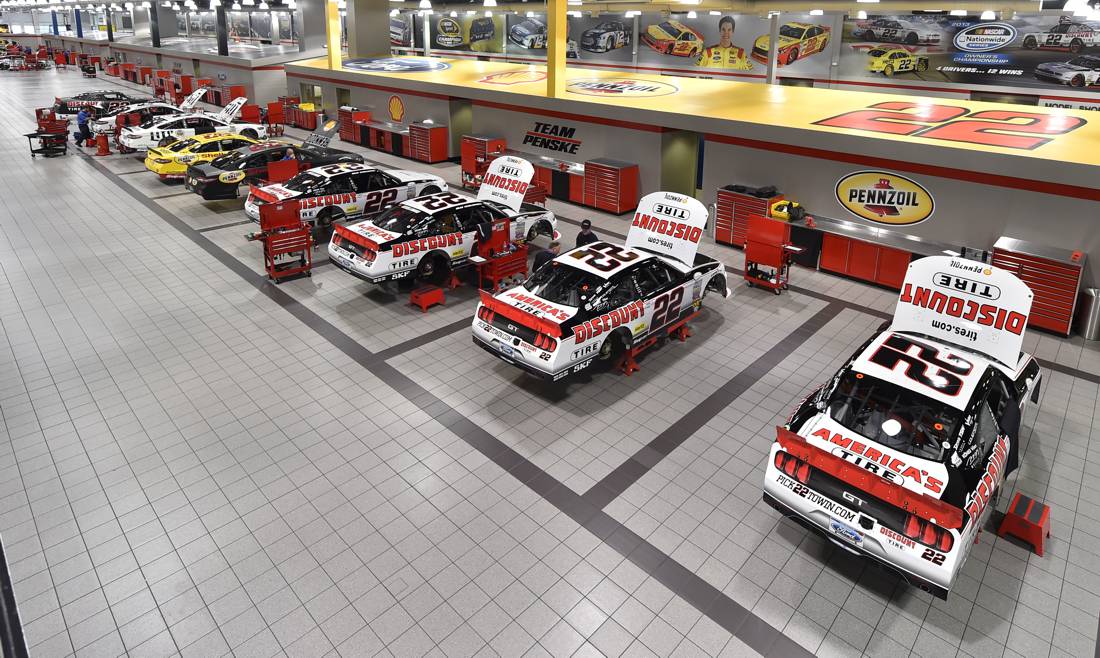