Photo Credit To Academy of Robotics

Kar-go Delivery Bot approved for use on British roads

Kar-go Delivery Bot approved for use on British roads

Britain’s first custom-built vehicle, designed for autonomous delivery on the roads took a giant leap forward as the Driver and Vehicle Standards Agency (DVSA) has inspected and approved the core Kar-go vehicle as a roadworthy vehicle, pending the refit of the autonomous functions.

This news marks a significant step towards making self-driving logistics in the UK a reality, helping to reduce the pollution and costs of deliveries not only within urban centres, but also in suburban and rural areas.  With this approval, Kar-go has also become a new registered British car manufacturer.

In order to trial an autonomous vehicle on the roads in the UK, organisations need to ensure they have:

Having satisfied these criteria, in the coming months, Kar-go can begin trials with a safety driver in place, gradually increasing the degree of automation as the trial progresses.

William Sachiti, Founder and CEO of Academy of Robotics, the team behind Kar-go commented: “We believe that all other autonomous vehicle trials on UK roads have been carried out in modified versions of previously approved vehicle types. So, Kar-go Delivery Bot will be the first vehicle designed for autonomous delivery to have been approved by the DVSA.”

Reducing the financial and environmental cost of last-mile delivery

A light-weight, electric vehicle, Kar-go has been custom-designed by Academy of Robotics to address the growing problem of last-mile delivery (from the depot to an individual address), which can account for well over 50% of the total delivery cost as well as high levels of harmful emissions. According to the DfT’s Road to Zero report around 96% of the vans on the road in the UK in 2016 were diesel, compared to 60% in 1996. In 2016, 33% of the NOX emissions from road transport were from vans. The booming e-commerce market is further fuelling the need for alternatives to diesel vans.

As Kar-go Delivery Bot has been entirely custom-built for autonomous delivery, like all new vehicles, the core vehicle therefore had to be inspected and approved by the DVSA as a new vehicle type before being granted a number plate signifying it has been approved to travel on the roads.

William Sachiti explains: “When you’re designing a vehicle for the road, safety is paramount. If you’re integrating two systems, you have to consider how those systems interact. Seemingly minor actions on the hardware side like the indicators turning on and off can create micro power surges, impacting the software in unforeseen ways. By custom-designing the vehicle as well as the operating system, we can ensure that the hardware and the software work seamlessly together, giving us greater control and crucially, minimising risk.”

If the vehicle itself is radically altered through modifications to make the vehicle capable of autonomous navigation, the DVSA requires further tests beyond the DVSA vehicle type approval before it can be used on the roads.

As Founder and CEO, William Sachiti explains: “An added benefit of custom-designing Kar-go to operate with autonomous technology is that re-fitting this technology is a simple operation and requires no major changes to the vehicle.”

Academy of Robotics has partnered with leading highways business, Eurovia UK, who are supporting and facilitating on-road trials. Having already begun training their technology using footage gathered from Eurovia UK’s fleet covering over 50,000km of UK roads. By moving to on-road trials, Academy of Robotics will be able to evaluate how this translates to real world conditions on the road and identify any adjustments needed to simulations based on the performance of the navigation system operating within the vehicle, driving in a normal suburban environment.

Now a registered British car manufacturer, Kar-go reflects both the strength of the British automotive heritage and the future opportunities with a predicted 420,000 new jobs being created by CAV technology in the automotive industry and related sectors such as telecoms and digital services. Designed by a British former McLaren F1 car designer, Paul Burgess, the vehicle’s manufacture was the result of a close collaboration between classic car makers, Pilgrim Motorsports in Small Dole near Brighton and the Academy of Robotics team. The company behind Kar-go, Academy of Robotics was set up by graduates from Aberystwyth University in Wales with a seed-funding grant of just £10,000 and is now challenging some of the biggest global technology giants in this space.

Recognising the value of the technology, Eurovia UK is interested in the potential safety, environmental and efficiency benefits of the autonomous delivery function to transport tools and equipment to and from their work sites. In addition, the vision system will help to monitor road condition and pre-empt potential defects in the carriageway, so that they can be addressed before they develop into more serious problems, reducing cost and improving the overall performance of the UK highway network.

William Sachiti adds: “The DVSA approval of Kar-go represents an important milestone in our company’s journey, but also a key opportunity for the sector as a whole. So we are also working closely with the DfT’s Centre for Connected and Autonomous Vehicles (CCAV), BSI, TFL and our partners at Eurovia to ensure that safety is at the heart of everything we do. Now, we are looking forward to preparing for the next milestone, where we will start to deliver the benefits of Kar-go’s technology to the British public.” 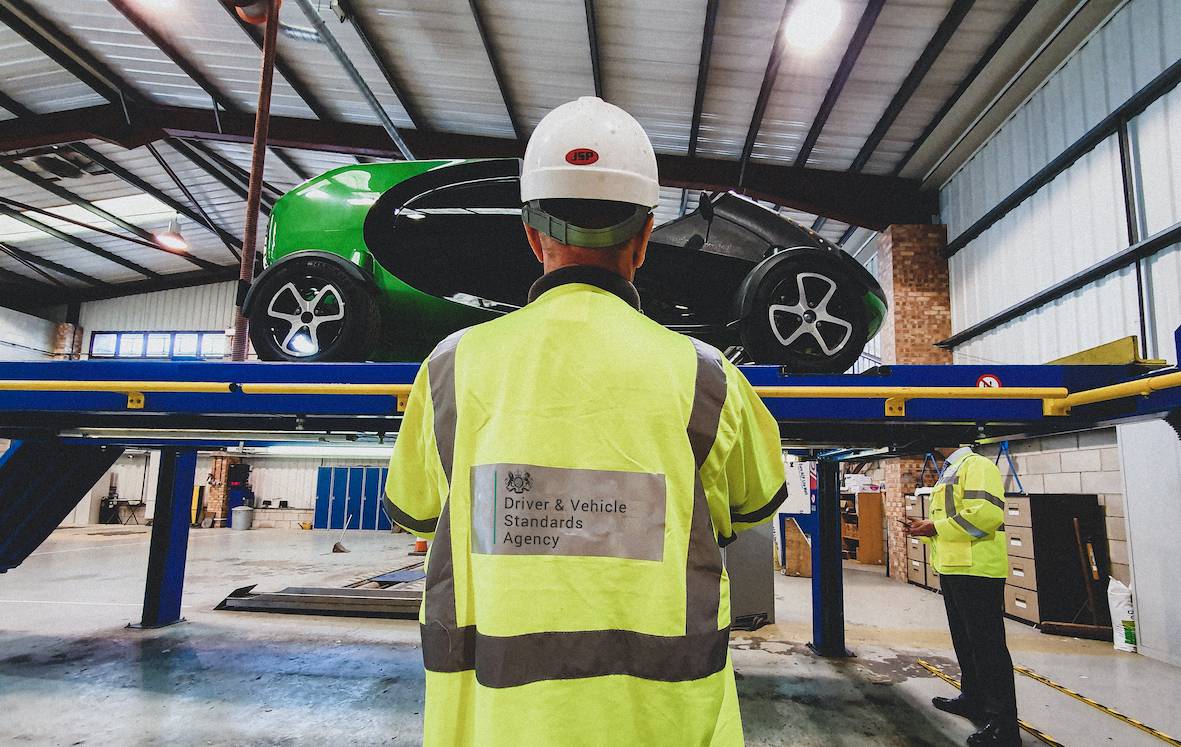