Regional water firm, United Utilities, has created an app to perfect its system of laying asphalt after it has dug up a road to carry out repairs. Its new patented air void app was recently singled out for praise by Streetworks UK, which awarded it the Innovation Excellence Award in November.

The app tackles one of the trickiest elements in road reinstatement – measuring and controlling the amount of air contained within the final reinstatement.

Mark Whittaker, United Utilities’ street works assurance manager, spent seven years creating and testing the app. “Most technical elements of highway reinstatement can be controlled by skilled operatives, except air void levels,” explained Mark. “This is an area that is almost impossible to control and measure while teams are on site working.

“Instead, most teams have to retrospectively measure it after they’ve laid the asphalt, through sampling and testing.

“This is a time consuming and inefficient process and can cause inconvenience to road users if rework is required.”

Mark, and his colleagues in innovation and digital delivery, designed and developed the easy-to-use app for teams to use during reinstatement.

After answering a series of questions and following specific instructions, the app calculates the air voids in the asphalt that has been laid.

Results from initial two months usage showed three of the four teams using the app achieved 100 per cent compliance from their work and much improved air void levels.

Mark said: “This app changes the way we think about reinstating, along with how we ensure that the work is carried out to the required standards.

“This is good for us, good for highway authorities and good news for motorists as it should mean a reduction in the amount of roadworks in the long run.” 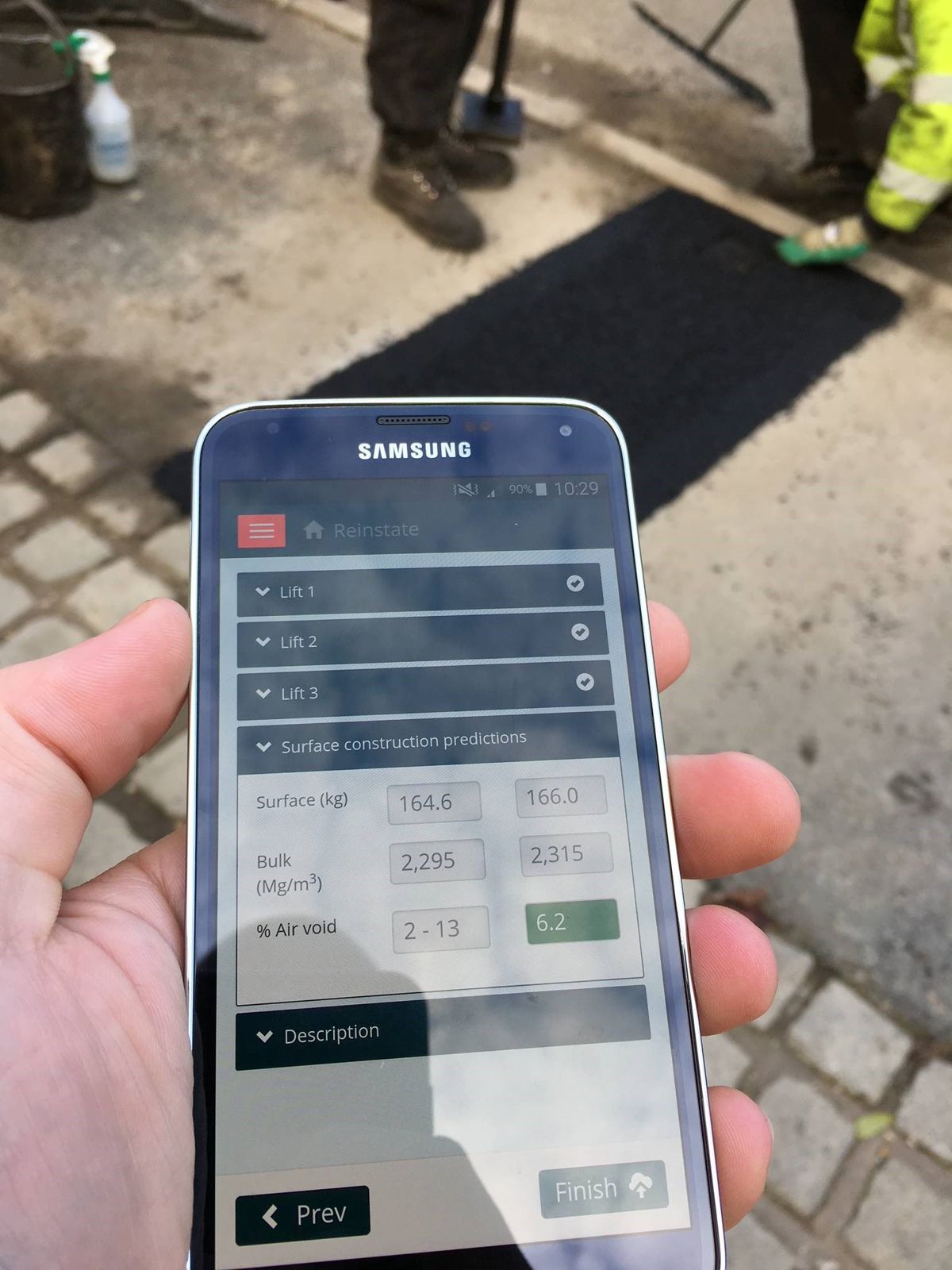