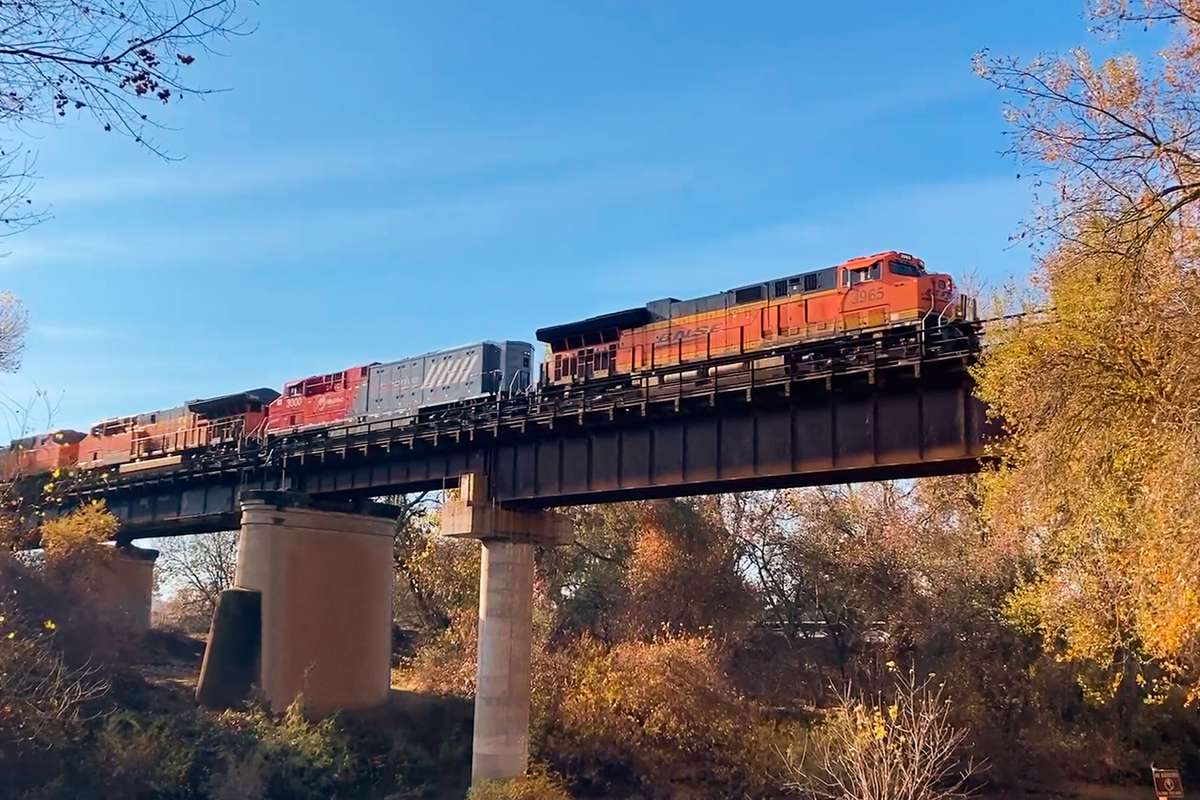 BNSF Railway Company and Wabtec’s exploration of the future potential of battery-electric locomotives crosses another significant milestone this week as they begin testing the technology in revenue service between Barstow and Stockton, California.

As BNSF seeks ways to further reduce its environmental impact, the advancement of battery technology offers some possible solutions.

“We’ve got everything in place and we’re ready to see how this next-generation locomotive performs in revenue service,” said John Lovenburg, BNSF vice president, Environmental. “BNSF is focused on continuing to reduce our environmental impact, and we’re committed to doing our part to test and assess the commercial viability of emerging technologies that reduce emissions.”

The battery-electric locomotive is expected to reduce the environmental impact from emissions along the route in an efficient manner, while improving the fuel economy for the entire consist by at least 10 percent. The pilot test will run from January until the end of March. If the initial pilot proves successful, BNSF will look to expand testing to other locations and operating conditions on its system.

This initiative builds on BNSF’s existing investments in sustainable technologies including idle control, electric wide-span cranes, battery-electric hostlers, automated gates at its intermodal facilities, and Tier 4 locomotives. BNSF partnered with Wabtec on the development of the battery-electric locomotive, which features an overall energy-management system, including onboard energy storage that, when coupled with advanced system-optimization controls, will improve consist and train performance.

“The FLXdrive is the world’s first 100-percent, heavy-haul battery-electric locomotive that optimizes the total energy utilization of the entire locomotive consist,” said Alan Hamilton, Wabtec vice president, Engineering. “This technology works in a manner very similar to how electric vehicles use regenerative braking. It’s a significant step forward for the rail industry and will change the course for even cleaner, more energy-efficient transport.”

The battery-electric locomotive pilot program is part of a $22.6 million grant awarded to BNSF and the San Joaquin Valley Air Pollution Control District from the Zero- and Near Zero-Emission Freight Facilities (ZANZEFF) project by the California Air Resource Board to pilot several emissions-reducing technologies in and around railyards. The ZANZEFF project is part of California Climate Investments, a state-wide initiative that puts billions of Cap-and-Trade dollars to work reducing greenhouse gas emissions, strengthening the economy and improving public health and the environment — particularly in disadvantaged communities.

BNSF Railway is one of North America’s leading freight transportation companies. BNSF operates approximately 32,500 route miles of track in 28 states and also operates in three Canadian provinces. BNSF is one of the top transporters of consumer goods, grain and agricultural products, low-sulfur coal, and industrial goods such as petroleum, chemicals, housing materials, food and beverages. BNSF’s shipments help feed, clothe, supply, and power American homes and businesses every day. BNSF and its employees have developed one of the most technologically advanced, and efficient railroads in the industry.

Wabtec Corporation is a leading global provider of equipment, systems, digital solutions and value-added services for freight and transit rail. Drawing on nearly four centuries of collective experience across Wabtec, GE Transportation and Faiveley Transport, the company has unmatched digital expertise, technological innovation, and world-class manufacturing and services, enabling the digital-rail-and-transit ecosystems. Wabtec is focused on performance that drives progress, creating transportation solutions that move and improve the world. The freight portfolio features a comprehensive line of locomotives, software applications and a broad selection of mission-critical controls systems, including Positive Train Control (PTC). The transit portfolio provides highly engineered systems and services to virtually every major rail transit system around the world, supplying an integrated series of components for buses and all train-related market segments that deliver safety, efficiency and passenger comfort. Along with its industry-leading portfolio of products and solutions for the rail and transit industries, Wabtec is a leader in mining, marine and industrial solutions. Wabtec has approximately 27,000 employees in facilities throughout the world.