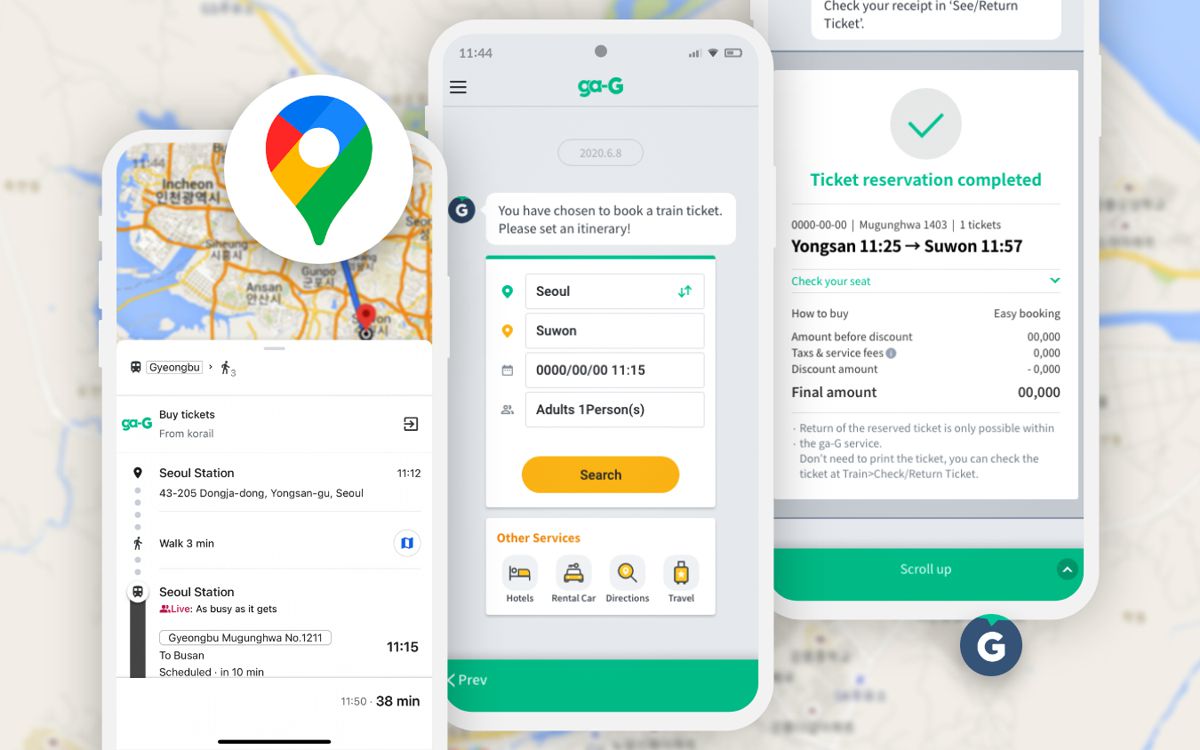 Ntuple, a Korean tech start-up that focuses on backend technology, announced that it launched the Korea railroad ticketing service ‘ga-G’ in Google maps.

With its user-friendly interface in 5 languages including Korean, English, Mandarin, Cantonese, and Japanese, ga-G will make it much easier for foreign travellers to not only find directions but buy tickets in real-time for all types of trains operated by Korail.

Min Park, CEO of Ntuple, said “This is a great opportunity to work with the world’s leading IT company Google and to validate the value and potential of ga-G and its backend technology SyncTree.”

Launched in 2018 ga-G is a smart transportation chatbot service operated by Korea Railroad (Korail) and Ntuple, providing train and travel services via fast and secure API connections with partners enabled by SyncTree.

It is available in 5 languages on Kakao Talk, Facebook Messenger and LINE. Now available on Google Maps, ga-G will expand its service to broader reach and content to become a more solid MaaS platform.

Ntuple is a start-up based in Korea developing SyncTree. SyncTree is a ‘No-Code API Solution’ with a simple ‘Drag and Drop’ graphic interface.

Coding is replaced by various modularized function blocks, and by combining these blocks, you can easily create business logic, build microservices, and create, publish, manage, test, and deploy your APIs.

All of this can be instantly done in one single tool. SyncTree is trusted by leading companies in finance, transportation, logistics, travel, and IoT.