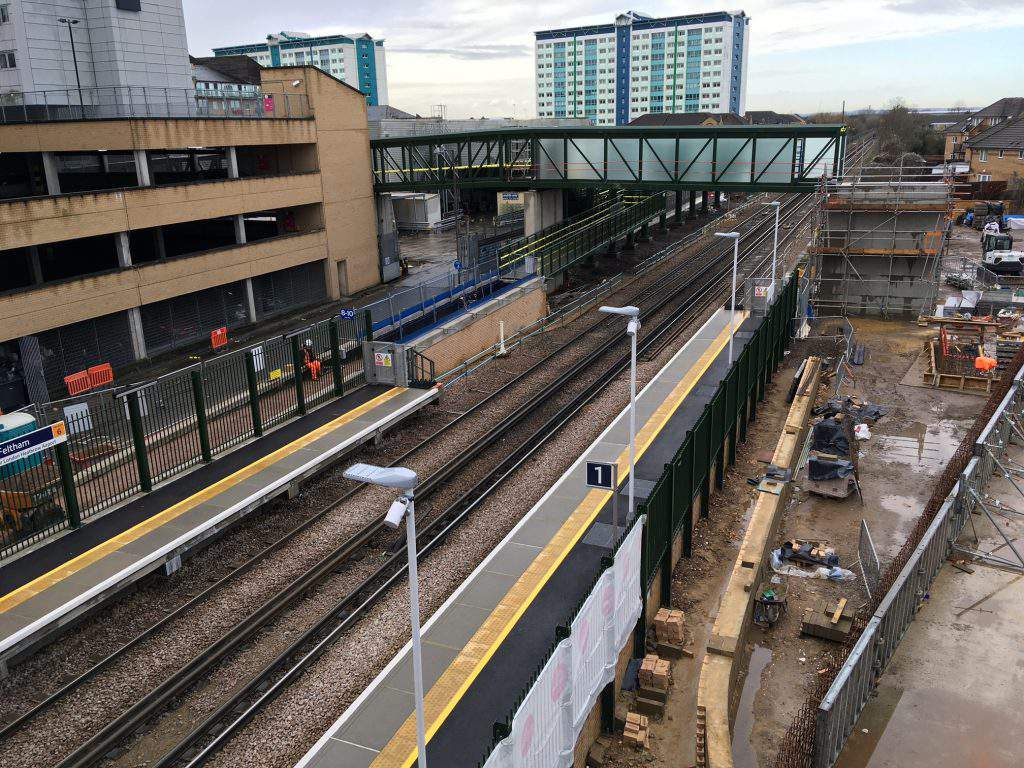 With the United Kingdom proceeding towards the relaxation of lockdown restrictions, the government has been completing the existential construction and infrastructure projects across various jurisdictions.

With funding of £31 million, the Feltham railway station has been upgraded with a new bridge for pedestrians and cyclists, alongside extended platforms and step-free access. Several improvements were completed and the surrounding area since the onset of Network Rail works in September 2018.

To safeguard the local community, the local authority closed the Feltham West level crossing and all the upgrades at the station have been done to improve the local connections and accessibility that will assist in increasing the capacity.

For replacing the older signalling, and improving the reliability on the busy commuter network, the government’s £375 million project will continue with a completion target of 2024. The new state-of-the-art signalling equipment will replace older mechanisms.

With the extension of platforms, Feltham station will be equipped to facilitate 10-car trains, benefiting the passengers on the busy commuter line into London Waterloo.

The construction of a shared pedestrian and cycle bridge will provide a bike-friendly route enhancing the accessibility and the newly positioned bus stops and step-free entrance to Platform No. 1 are likely to bolster the local connections.

By the time the station takes to restore the services during the current disruption due to the pandemic, the new technology is set to improve the reliability of passengers.

“The improvements and upgrades to Feltham railway station are likely to boost the accessibility for the local community and daily passengers” said Mark Killick, route director at Network Rail Wessex.

“The full renewal of signalling systems will be delivered in six stages between 2021 and 2024 under the Feltham and Wokingham Resignalling Programme (FWRP)” Killick added.

“The brand-new fleet of longer Arterio trains will be welcomed at the Feltham railway station after the facility has been equipped with extended platforms in the second half of 2021” said Alex Foulds, South Western Railway’s Commercial Projects Director. “The new trains will have increased passenger capacity, onboard WiFi services, and charging points at every seat” Foulds added.

The UK government is likely to announce the exit plan from the nationwide lockdown alongside easing of the restrictions in the second half of February. Following the removal of restrictions, people are expected to return to railway stations and other modes of public transport.