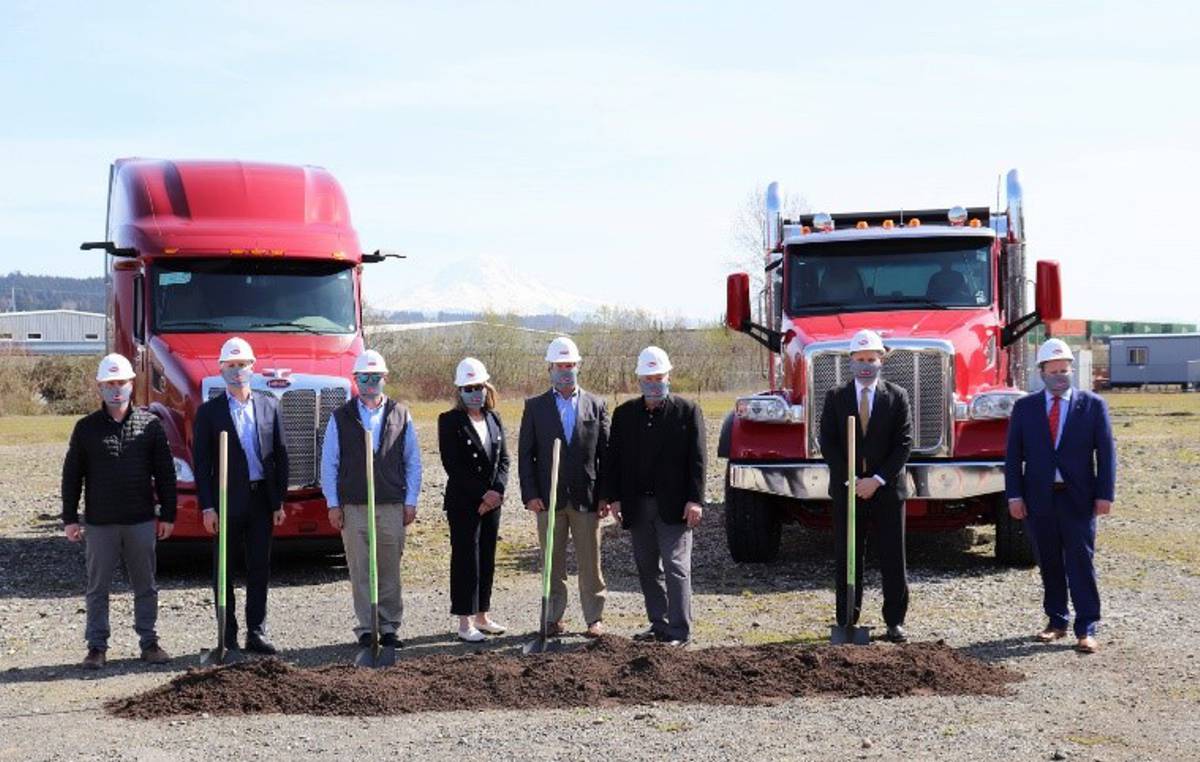 This will allow Dobbs Truck Group to add its 18th Dobbs Peterbilt dealership location, the ninth in the state of Washington.

Mike Clark, Dobbs Truck Group CEO, stated, “First, I would like to thank our loyal customers.  Without them, none of this is possible. I also appreciate the support of our guests from the City of Sumner, including the honourable Mayor of Sumner, Bill Pugh, our business partners at Cushman and Wakefield, JH Kelly, Sitts & Hill, and the executive team from PACCAR. Without all of your support, we wouldn’t be here today.”

This state of the art facility, situated on 11 acres in Sumner, WA, represents a $16 million dollar investment in our dealership network and will bring 100 jobs to Sumner.

This facility will incorporate leading edge technologies including provisions for the sale and service of Battery Electric Vehicles. Other features of the facility include:

The Dobbs Truck Group + Dobbs Peterbilt family is excited to bring the #DobbsValue to Sumner, Washington.