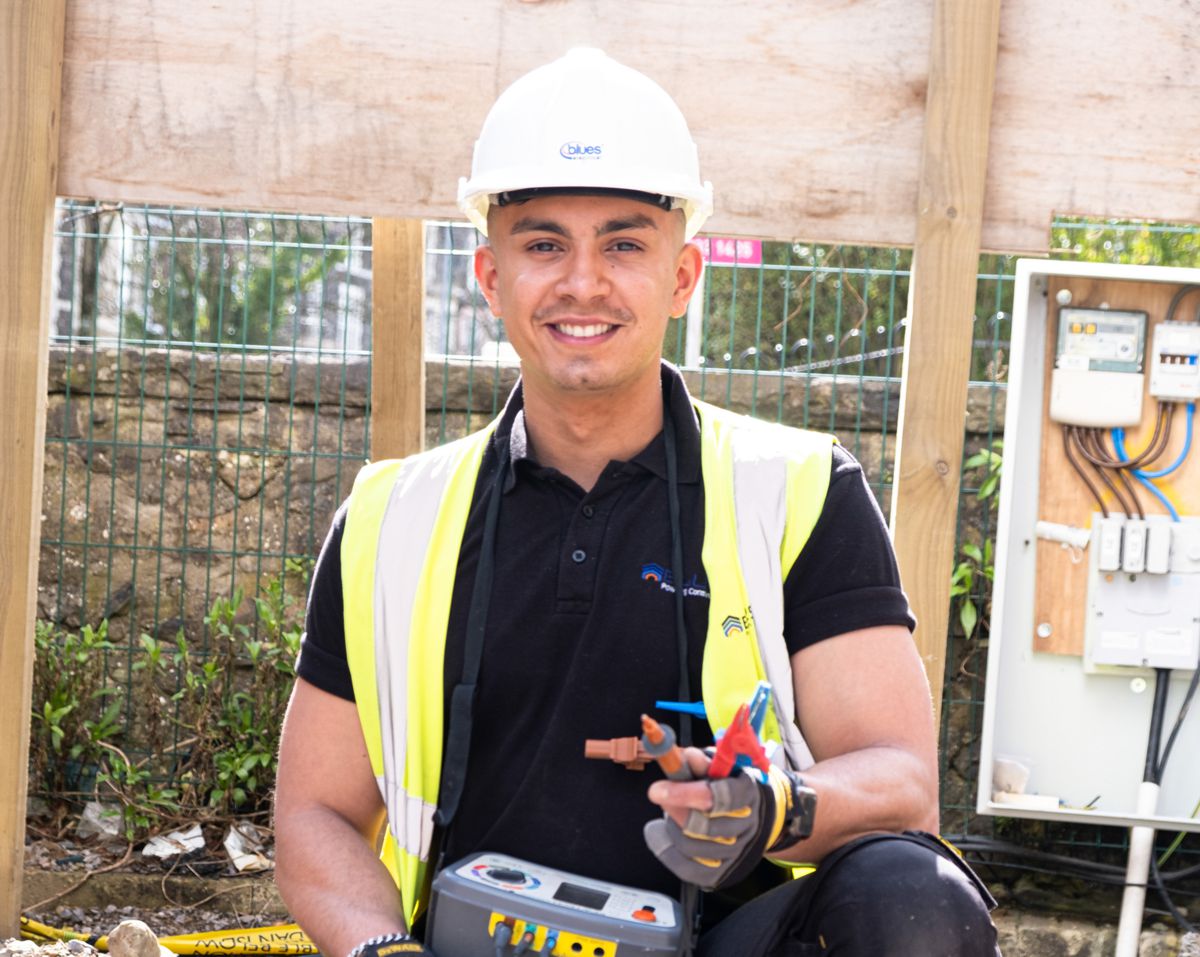 An electrotechnical installations apprentice from Cardiff has been crowned this year’s winner of the Screwfix Trade Apprentice 2021 competition.

Kaiden Ashun, 21, took part in a digital final in April, alongside nine other finalists. He impressed a panel of industry experts including representatives from the NICEIC, CIPHE, FMB and Screwfix Top Tradesperson 2019, Darren McGhee to win the accolade.

Kaiden demonstrated an entrepreneurial nature, passion for a future in the trade and a desire to keep on upskilling to impress the judges. He also discussed how he wanted to help encourage others to take on an apprenticeship and wants to be an ambassador for the trade.

It was a tough decision for the judges to select their winner but Kaiden came out top and was awarded with the title and ultimate trade bundle worth £10,000. This includes everything a future tradesperson may need to kick-start their career, including £5,000 of tools, a £3,000 training budget and £2,000 worth of technology.

Kaiden, who is studying towards is studying towards an electrotechnical installations qualification at Cardiff and Vale College, says: “I couldn’t believe it when I was named the winner at the final. All the finalists were so brilliant that I knew it was going to be a tough competition.

“My whole family is in the trade and it’s a great job to get into as you can be your own boss and get great satisfaction from a job well done and a happy customer. I have already designed a logo and branding for my company when I’m ready to go it alone, and this prize and title will really set me up for a great career!”

Simon Jackson, Screwfix Customer and Digital Director, said: “I’m delighted that Kaiden is our winner this year. He is an example of everything we look for in this competition – professionalism, ambition, and a desire to raise awareness amongst others about the benefits of apprenticeships and a future career in the trade.

“This year we received over 2000 entries – the most we have ever received in this competition – and it’s not an easy feat to get through to the final, let alone win.  Kaiden has a promising career ahead of him, along with our other worthy finalists and I can’t wait to see how they progress.”

Not only did Kaiden win the ultimate prize bundle, but his college has also received a £2000 donation from Screwfix to go towards helping other young apprentices to study their trade.

Another electrical engineering apprentice was also awarded a runner’s up prize this year. Holly Overfield,19, from Abertillery was also recognised for her drive to succeed no matter what life throws at you.

To find out more on the Trade Apprentice competition, please visit www.screwfix.com/sfta.

0 0 0
Previous : Business booming for Besblock in Shropshire
Next : The new CAT 953 Track Loader does it all