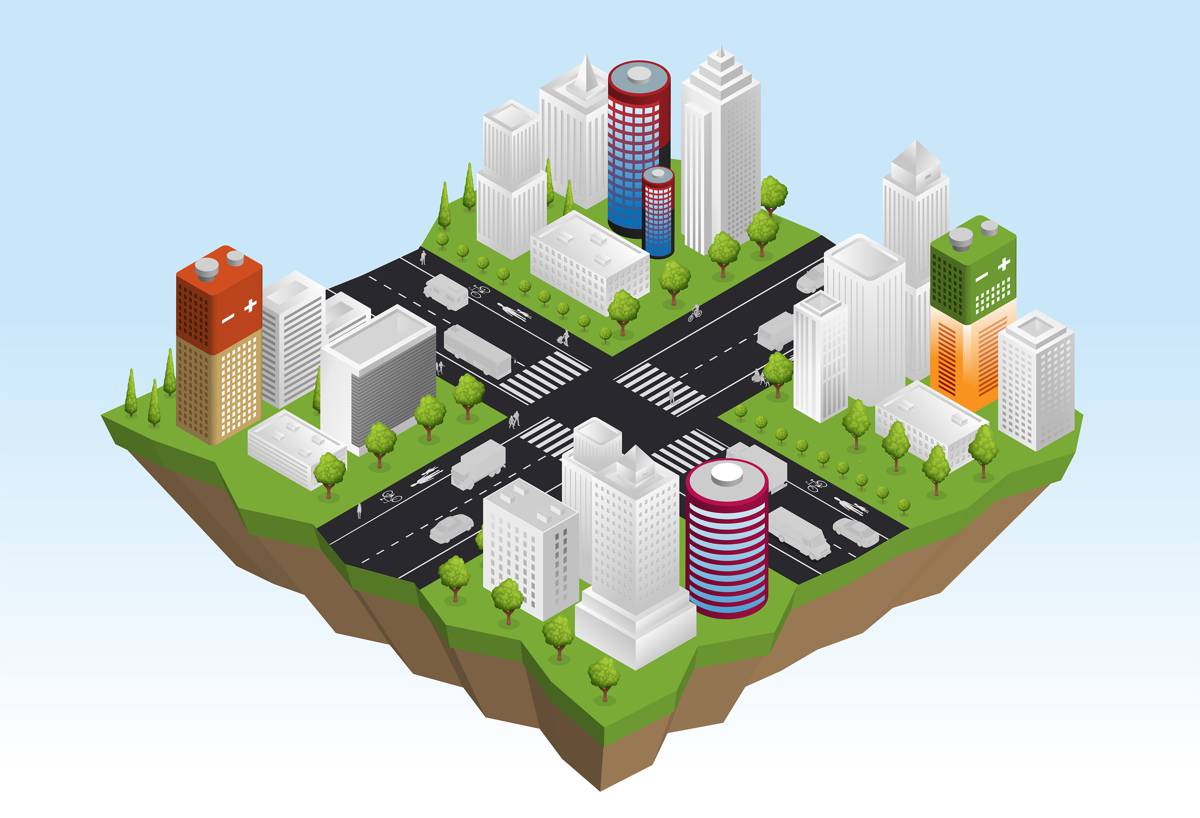 Imagine an entire twenty storey concrete building which can store energy like a giant battery. Thanks to unique research from Chalmers University of Technology, Sweden, such a vision could someday be a reality. Researchers from the Department of Architecture and Civil Engineering recently published an article outlining a new concept for rechargeable batteries – made of cement.

The ever-growing need for sustainable building materials poses great challenges for researchers. Doctor Emma Zhang, formerly of Chalmers University of Technology, Sweden, joined Professor Luping Tang’s research group several years ago to search for the building materials of the future. Together they have now succeeded in developing a world-first concept for a rechargeable cement-based battery.

The concept involves first a cement-based mixture, with small amounts of short carbon fibres added to increase the conductivity and flexural toughness. Then, embedded within the mixture is a metal-coated carbon fibre mesh – iron for the anode, and nickel for the cathode. After much experimentation, this is the prototype which the researchers now present.

“Results from earlier studies investigating concrete battery technology showed very low performance, so we realised we had to think out of the box, to come up with another way to produce the electrode. This particular idea that we have developed – which is also rechargeable – has never been explored before. Now we have proof of concept at lab scale,” Emma Zhang explains.

Luping Tang and Emma Zhang’s research has produced a rechargeable cement-based battery with an average energy density of 7 Watthours per square metre (or 0.8 Watthours per litre). Energy density is used to express the capacity of the battery, and a modest estimate is that the performance of the new Chalmers battery could be more than ten times that of earlier attempts at concrete batteries.

The energy density is still low in comparison to commercial batteries, but this limitation could be overcome thanks to the huge volume at which the battery could be constructed when used in buildings.

The fact that the battery is rechargeable is its most important quality, and the possibilities for utilisation if the concept is further developed and commercialised are almost staggering.Energy storage is an obvious possibility, monitoring is another. The researchers see applications that could range from powering LEDs, providing 4G connections in remote areas, or cathodic protection against corrosion in concrete infrastructure.

“It could also be coupled with solar cell panels for example, to provide electricity and become the energy source for monitoring systems in highways or bridges, where sensors operated by a concrete battery could detect cracking or corrosion,” suggests Emma Zhang.The concept of using structures and buildings in this way could be revolutionary, because it would offer an alternative solution to the energy crisis, by providing a large volume of energy storage.

Concrete, which is formed by mixing cement with other ingredients, is the world’s most commonly used building material.

From a sustainability perspective, it is far from ideal, but the potential to add functionality to it could offer a new dimension. Emma Zhang comments: “We have a vision that in the future this technology could allow for whole sections of multi-storey buildings made of functional concrete. Considering that any concrete surface could have a layer of this electrode embedded, we are talking about enormous volumes of functional concrete.” 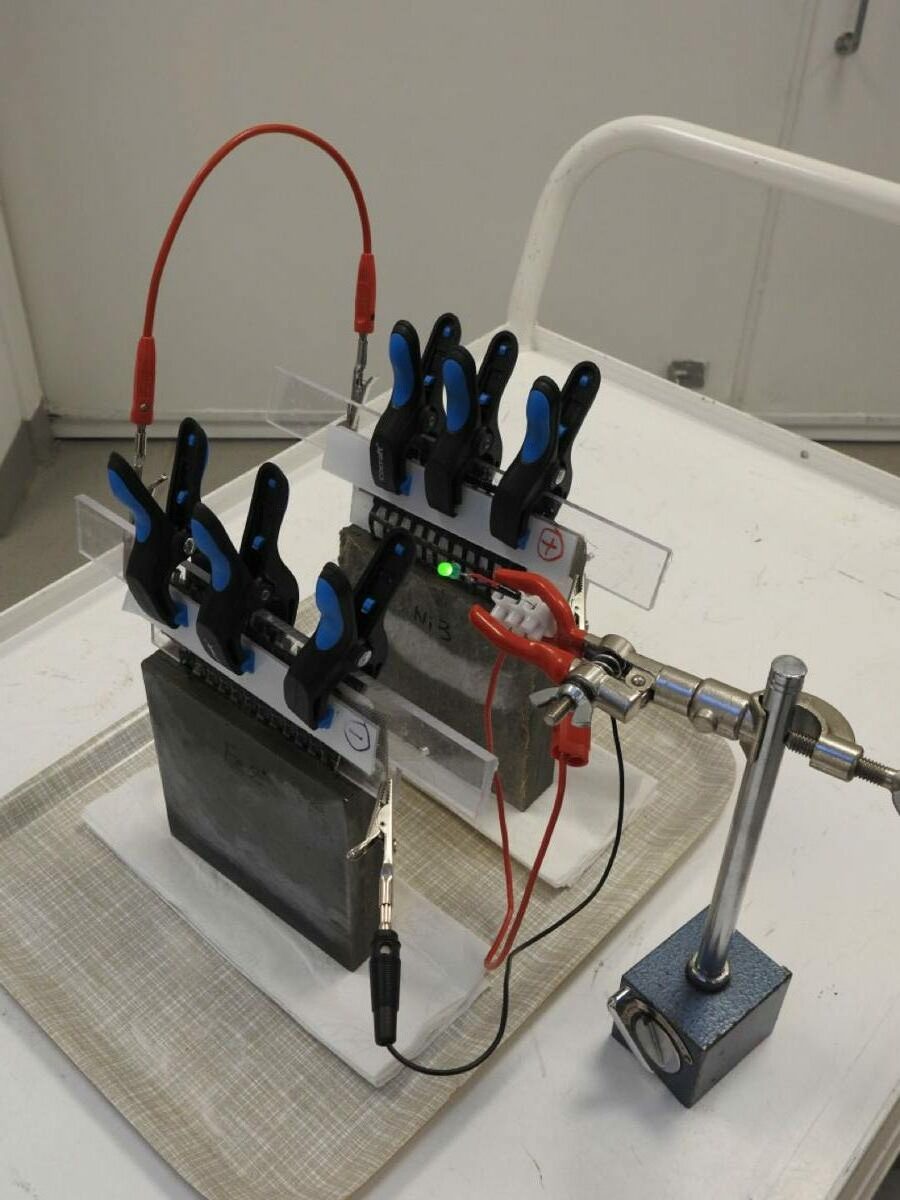 The idea is still at a very early stage. The technical questions remaining to be solved before commercialisation of the technique can be a reality include extending the service life of the battery, and the development of recycling techniques.

“Since concrete infrastructure is usually built to last fifty or even a hundred years, the batteries would need to be refined to match this, or to be easier to exchange and recycle when their service life is over. For now, this offers a major challenge from a technical point of view,” says Emma Zhang.

But the researchers are hopeful that their innovation has a lot to offer.

“We are convinced this concept makes for a great contribution to allowing future building materials to have additional functions such as renewable energy sources,” concludes Luping Tang.

The research project was funded by the Swedish Energy Agency (Energimyndigheten).