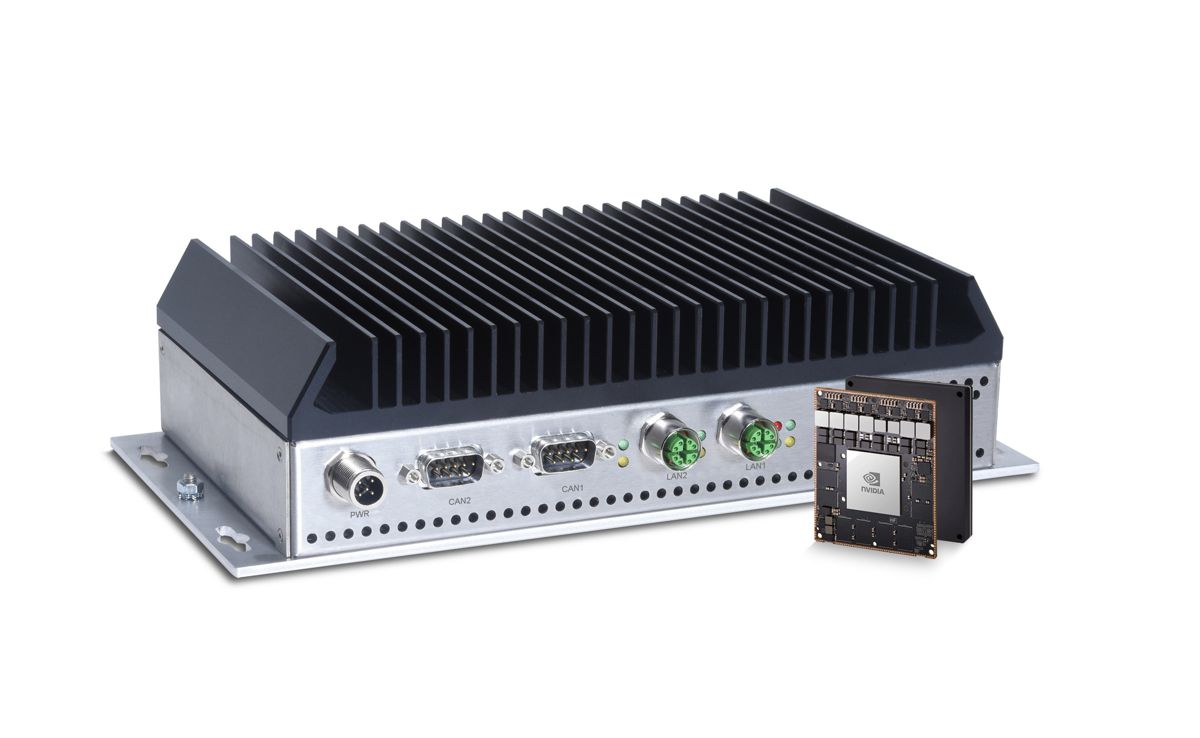 The chip manufacturer Nvidia has just introduced its Jetson AGX Xavier Industrial computer-on-module. It was developed for particularly challenging environments. Syslogic integrates the new Jetson module into its Rugged, Vehicle and Railway computers.

The Jetson AGX Xavier marks the performance peak within Nvidia’s Jetson product family. As a result, the module is used worldwide for intelligent video analysis, for computer vision, for robotics or for autonomous driving. Now Nvidia has added an industrial variant of the Jetson AGX Xavier for particularly harsh environmental conditions.

This opens new possibilities – namely wherever extreme temperatures predominate, where it is wet or dusty, or where the shock and vibration load is high. With the Jetson AGX Xavier Industrial, Nvidia is focusing primarily on industries such as agricultural technology, construction machinery, the energy industry, smart cities, and railroad technology.

What all these industries have in common is the high potential for artificial intelligence at the edge.

The Jetson AGX Xavier Industrial is the ideal platform for Syslogic’s embedded systems. The company is an international leader when it comes to establishing Nvidia Jetson technology under particularly difficult conditions. Syslogic already uses the Industrial variant of the Jetson TX2 in its rugged embedded computers.

As a result, Nvidia and Syslogic complement each other ideally. As such, the Syslogic AI Rugged Computer RML A3 is one of the most rugged devices available on the market today.

With the new Industrial Module, Syslogic computers are rated for a temperature range of at least –40°C to +70°C. They meet various shock and vibration requirements according to EN61373 and ISO 15003. In addition to the electronics and housing design, screw-type M12 connectors ensure reliable operation under extreme situations.

In terms of performance, the industrial module offers the same specifications as the Jetson AGX Xavier. It has a 512-core NVIDIA Volta GPU with 64 tensor cores, two NVIDIA deep-learning accelerators, two vision accelerators and an eight-core NVIDIA Carmel Arm CPU.

With this, the Syslogic embedded systems based on the Jetson AGX Xavier provide industrial AI computing power for computer vision or inference applications under extreme environmental conditions.