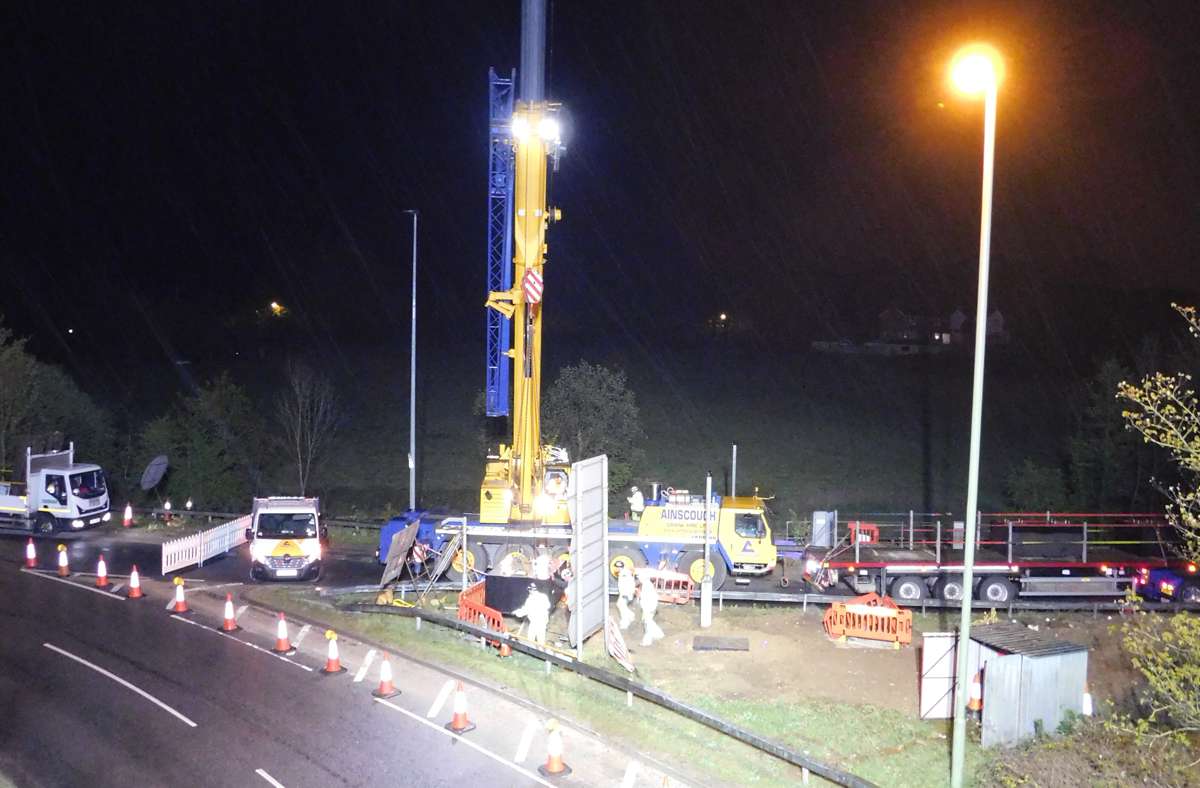 Bespoke precast ESS (Electronic Signalling System) base units from Marshalls Civils & Drainage are helping to speed the conversion of the M27 into a smart motorway.

Nine of the 2.3m x 1.6m x 1m deep concrete units have been installed by main contractor J McCann as foundations for new slip road entry/stop signals to make the former hard shoulder a permanent running lane between junctions 9 and 11 of the route.

The £244 million conversion by Highways England runs for 15 miles between junction 4 (the M3 interchange) and junction 11 (Fareham) and will connect directly to the M3 junction 9 (Winchester/A34 Interchange) to M27 junction 14 smart motorway scheme.

Due to complete in the autumn, the ESS installation using MMC (Modern Methods of Construction) methods was completed more quickly than would have been achieved using the older cast-in-situ bases, and eliminated the weather risk from planning. 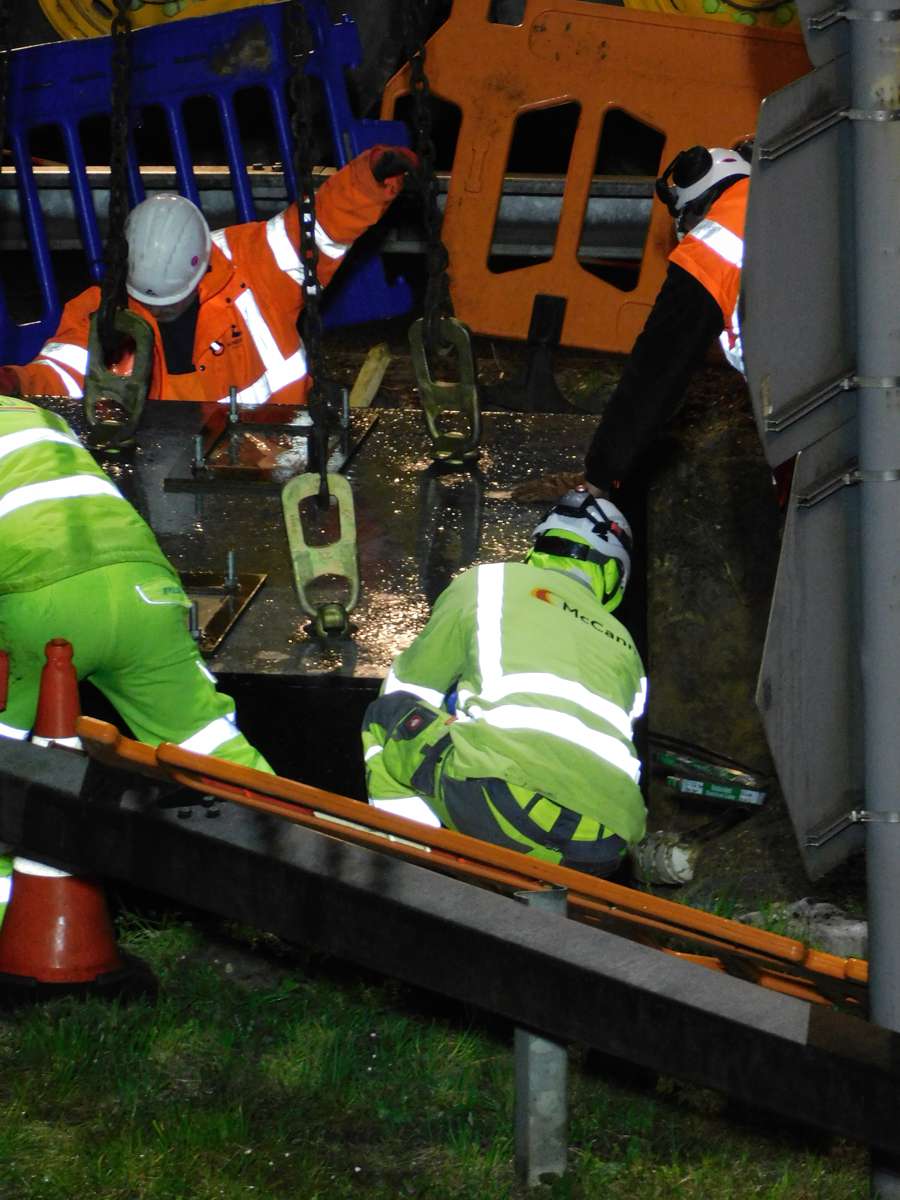 Between two and three of the units per night have been lifted by crane into pre-prepared excavations between junctions 8 and 10 and then backfilled with self-impacting gravel.

They were manufactured with a bitumen coating at Marshalls’ production site in Mells, Somerset, and are now being considered by McCann’s as standard. Marshalls is also hoping to supply 1200mm x 1200mm CCTV bases to McCann’s for the smart motorway conversion of the M6 between junctions 21 and 26.

McCann’s Project Supervisor Bart Maslon said the units were bespoke as they had to be larger than usual, and that as well as a time saving, the precast element of the EES units was “definitely more convenient.”

He added: “Offsite is definitely the way forward. The Marshalls bases were manufactured, delivered and installed exactly as planned and programmed.” 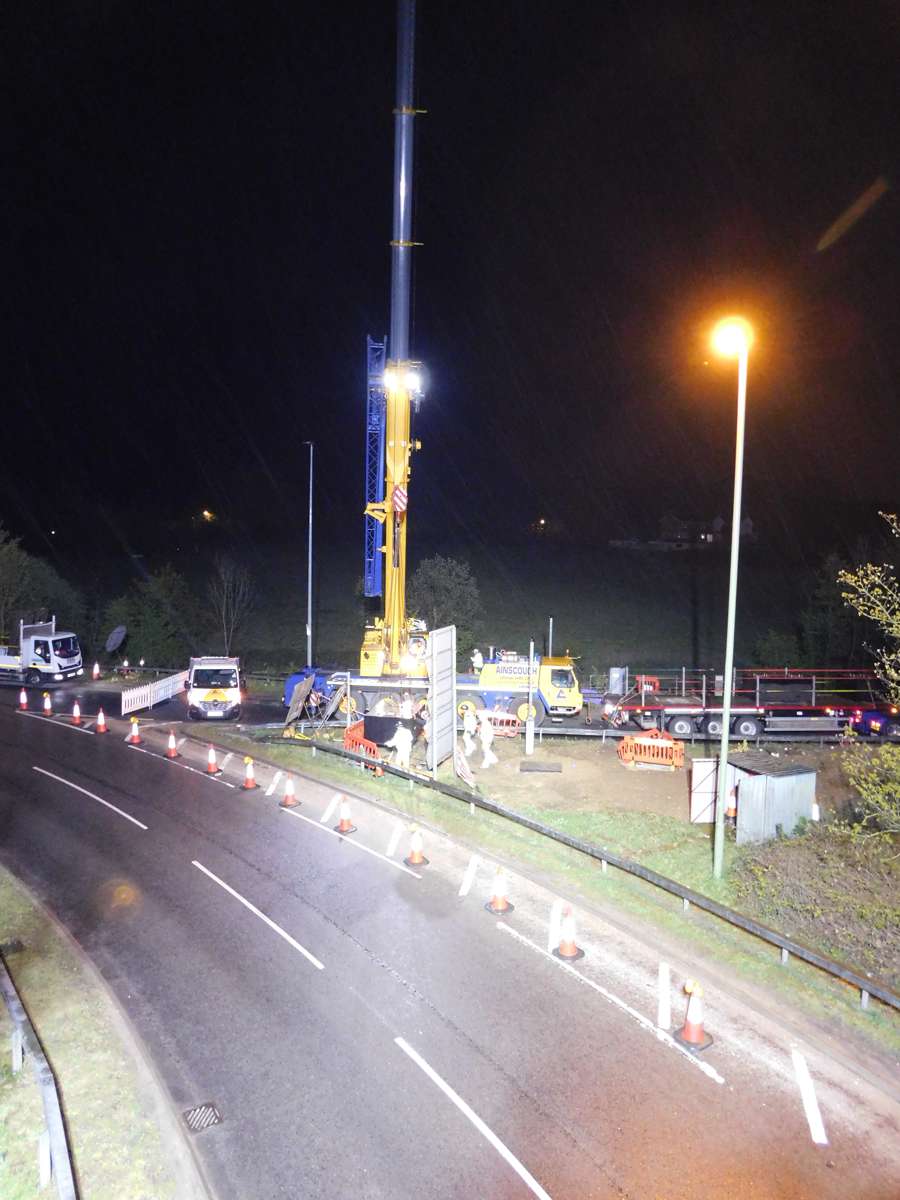 Marshalls’ Business Development Manager Billy Fairhurst said: “The installation of our foundations cast offsite was a positive development. Being able to install up to four foundations per night would not be achievable if the foundations were cast on site.”

Marshall’s ESS base units were supplied to McCann’s Titchfield compound near Fareham by distributor Civils and Lintels.