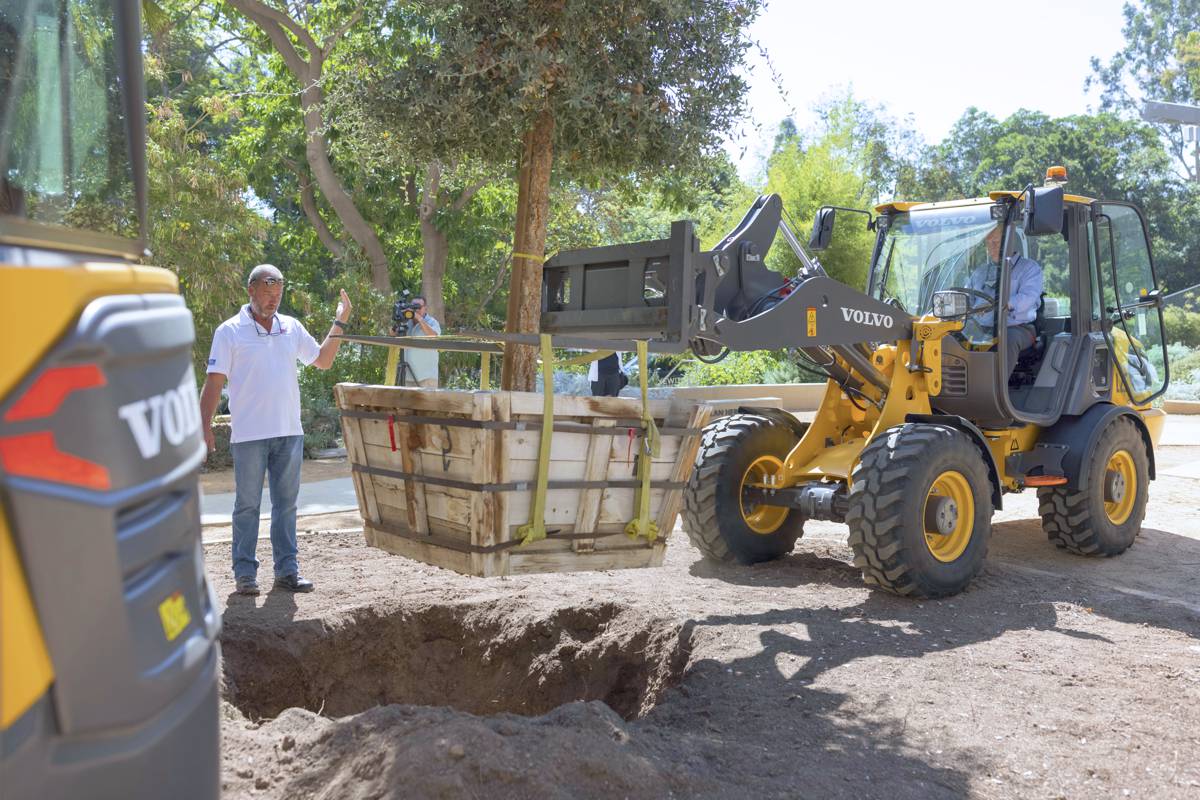 For nearly a year, Volvo CE has been testing its battery-powered ECR25 Electric compact excavator and L25 Electric compact wheel loader with multiple customers on jobsites in Southern California with the goal of accelerating the deployment of zero-emission technologies for off-road vehicles. Both machines are zero-emission solutions that meet the high-performance standards of construction customers in a variety of applications, as proven through the recent testing scenarios. An Environmental Protection Agency (EPA) grant administered by the South Coast AQMD provided funding for the project.

The pilot results come on the cusp of the company’s full roll-out of electric machines in these sizes, with customer deliveries of the ECR25 Electric expected in January 2022 and both units available throughout North America early in 2022. The company is the first to commercialize dedicated electric machines at the larger end of the compact size range.

“Our customer’s response to these machines validates that there is not only a desire for these types of machines in North America but a pull in many markets,” said Stephen Roy, President of Region North America, Volvo CE. “This just adds further momentum to the Volvo vision of offering machines that align with Science Based Targets and our overall commitment to decarbonization.”

Key learnings from the pilot

The pilot project confirms Volvo electric construction equipment matches performance and has significant benefits when compared to diesel machines in the same class.

“The California pilot project supports what we’ve seen on jobsites in Europe and elsewhere: our battery-electric compact excavator and compact wheel loader are viable alternatives to diesel equipment for construction fleets that want to reduce their carbon footprints,” said Melker Jernberg, President of Volvo CE. “Climate change is the biggest challenge of our time, we all have an important role to act, and by working together and collaborating we can reduce the amount of harmful emissions that are entering the atmosphere.”

Powered by lithium-ion batteries and producing zero emissions, the ECR25 and L25 compact electric machines proved themselves as environmentally sound options. They also allowed some of the customers to operate inside buildings and other structures where diesel exhaust is restricted.

Based on the combined 400 operating hours of electric machine use during the year-long pilot, there was a reduction of 6 metric tons of carbon dioxide emissions and an approximate savings of 560 gallons of fuel with an estimated cost of $2,400, when comparing diesel machine use at the same amount of hours.

There was significantly lower noise levels compared with diesel equipment, reducing noise pollution and improving jobsite communication and safety by making it easier for crew members to hear each other. The testers said the machines could allow them to work in sound-sensitive areas.

The Volvo electric machines have similar specifications to their diesel equivalents, and pilot project participants said that in practice the performance matched that of diesel machines. There also was positive feedback on the decreased maintenance needs of the electric machines, which don’t require maintenance items such as oil, oil filters and diesel particulate filters. The need for a diesel exhaust fluid (DEF) tank is also eliminated.

Matched performance in several key areas, including digging depth and breakout force on the excavator and tipping load and dump height on the wheel loader.

The project was an enabler for adaptations to the machines to make them compatible with the North American power grid. The higher current available on the U.S. power grid compared with Europe was found to be a benefit to charging. The Volvo CE pilot project confirmed the importance of having access to quality charging connections. However, traditional power sources aren’t always required. Baltic Sands, for example, installed a solar array for its work in the desert.

“Over the three months we tested, these machines performed exceptionally — matching what we would expect from a diesel machine of equal size but with no emissions,” said Jacques Marais, Director, Baltics Sands. “We are excited to be one of the early adopters in applying electric equipment to our business and I have a sincere belief that this is the future.”

Volvo CE continues to compile data and will submit full reports on the project to the South Coast AQMD and EPA.

Volvo CE will apply the learnings to future research and development of battery-electric vehicles. Points of emphasis will be to continue to enhance the run times of machines, optimize the onboard charging systems and continue to explore alternative charging methods for jobsites without readily available access to charging stations.

Volvo CE is committed to developing electrification options and providing other more sustainable equipment across their entire line of products. To support this effort, Volvo CE will continue to pursue additional grant opportunities and strategic partnerships, such as the recently announced CEMEX collaboration, in their roadmap to provide sustainably powered  construction equipment across North America.