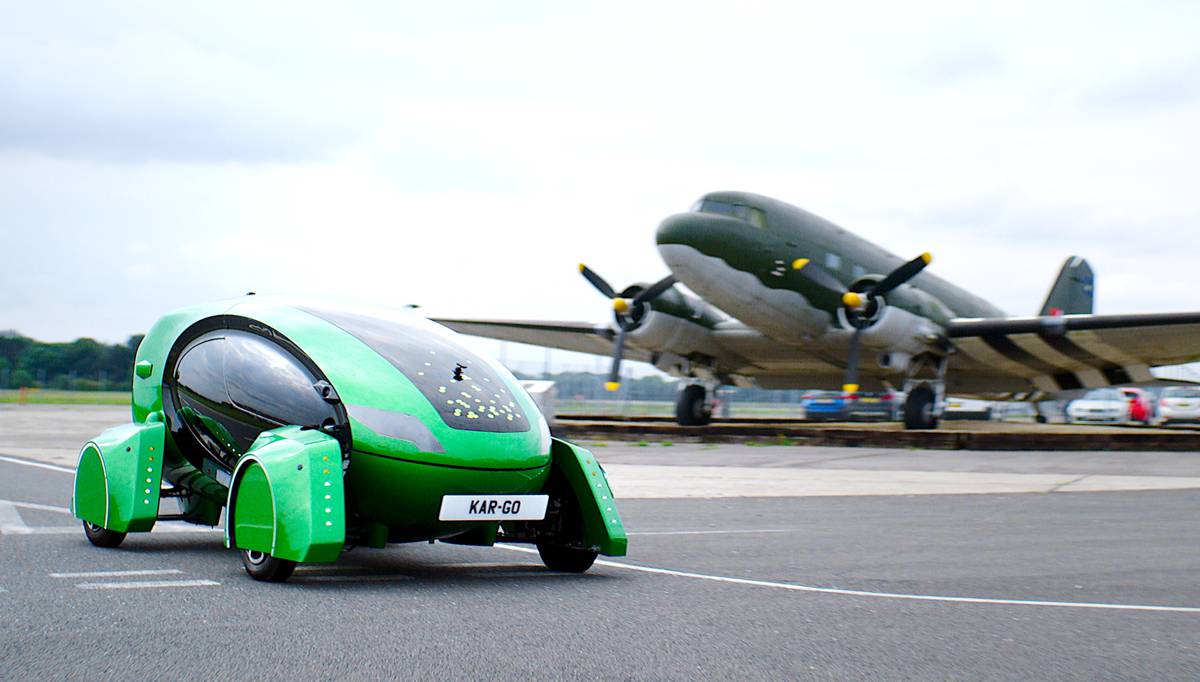 Photo Credit To Academy of Robotics

Academy of Robotics and the Royal Air Force announced a new trial deployment of autonomous vehicles on an airbase as part of the RAF’s Astra campaign to deliver next generation Air Force capability. This trial is the first time that autonomous vehicles have been deployed on a UK airbase by the RAF.

The trial sees Academy of Robotics’ Kar-go Delivery Bot making deliveries of tools, equipment and supplies to locations within RAF Brize Norton, near Oxford. RAF personnel then go out to meet the vehicle and a hatch is automatically released enabling them to collect the package.

During the trial, the vehicles will perform autonomous and semi-autonomous procedures with a safety team monitoring from a mobile command hub. This unique remote command hub is a secure mobile unit, which can oversee all aspects of the vehicles’ operations. From this facility, the team are also able to take control of the vehicle remotely if necessary.

For security reasons, only trained and authorised personnel can move goods around an airbase, but the use of secure, autonomous vehicles could offer valuable support to professional personnel, freeing up their time to focus on the core roles they were trained for. As the vehicles are electric, the technology also opens up opportunities to reduce harmful emissions, helping the RAF towards its mission to achieve net zero by 2040.

Part-funded by the RAF’s Astra programme, with British start-up Academy of Robotics matching the investment, the trial is the first stage of understanding and investigating the potential to use autonomous delivery vehicles to support the work of RAF personnel.

Alongside the big-ticket projects and programmes, the Astra programme aims to involve the Whole Force of regulars, reserves, civilians and contractors in driving change, by identifying the barriers that prevent progression – however big or small – and overcoming them by working smarter, innovating internally and with Defence partners to create the right environment for ideas to flourish.

Squadron Leader Tony Seston, RAF Engineer and Astra ambassador, commented: “Bringing self-driving technology onto a base offers many advantages. Ultimately, we could see fleets of autonomous vehicles with different autonomy levels delivering supplies, spares, tools, food and also providing airfield services such as aircraft fuelling, runway sweeping and snow and ice clearance. Our recruits receive world-class training. If new technology can help to ensure we are enabling them to use that training as effectively as possible, we need to look at how we can integrate it into our current processes. However, we must ensure we introduce this in a way that is secure and safe for our personnel. We see this trial as our first steps into understanding how we can deliver this vision safely.”

Group Captain Emily Flynn, Station Commander at RAF Brize Norton, commented: “Last month, we saw a fantastic response from our teams, putting extra hours in and giving up leave to help the Afghan rescue missions. That’s the sort of work our aviators want to be able to focus on and in situations like this, every minute we save can save a life. This trial is part of a continued programme to take away the mundane tasks that cause added stress and inconvenience for our people, to help our highly-trained personnel to do the jobs they joined the RAF to do and to do them to the best of their ability.”

Whilst extensive pre-scanning and data capture is typical to train autonomous vehicles on a particular route to teach it how to perceive the different features of that route, due to security constraints, the team have had to invent a proprietary system to minimise data capture and enable the vehicle to navigate safely without this training. Furthermore, the team have had to address some new challenges unique to driving on an airfield and teach the AI to learn new behaviours like stopping at green lights on an airfield.

The Kar-go delivery vehicle is just one part of a complete autonomous technology system developed by leading British technology company, Academy of Robotics.

William Sachiti, CEO and Founder of Academy of Robotics, explained: “Moving goods securely around a site is a major challenge for almost all large organisations and although we have optimised everything we do to be able to do trials like this where the technology can complement the core work taking place on large industrial sites, every site has its own nuances and challenges. The fact that we have designed and built every aspect of the self-driving system -from the vehicle to the software and the mobile command centre- has been a huge benefit here giving us complete control and making it much easier to adapt it to the specific integration challenges of the environment we are operating in.

This trial represents the culmination of months of close collaboration and planning with the RAF and it has been a great privilege to work with teams who show such dedication and commitment to helping others. We hope that with this trial, we have taken a major step to helping them to do even more for those in need around the world.”

Following this first trial, the RAF will review the findings carefully and look at how it can be scaled effectively as part of their continued commitment to bringing innovation into the RAF.

Squadron Leader Tony Seston, added: “We are proud to have been able to collaborate with a leading British technology firm to help them understand and address the specific challenges of working on an active airbase and pioneer this use of self-driving technology. Having worked so closely with the team at Academy of Robotics on this project, we are confident that the insights from the trial will help us to design and develop processes to deliver smarter logistics to meet the requirements of a next generation Air Force.”