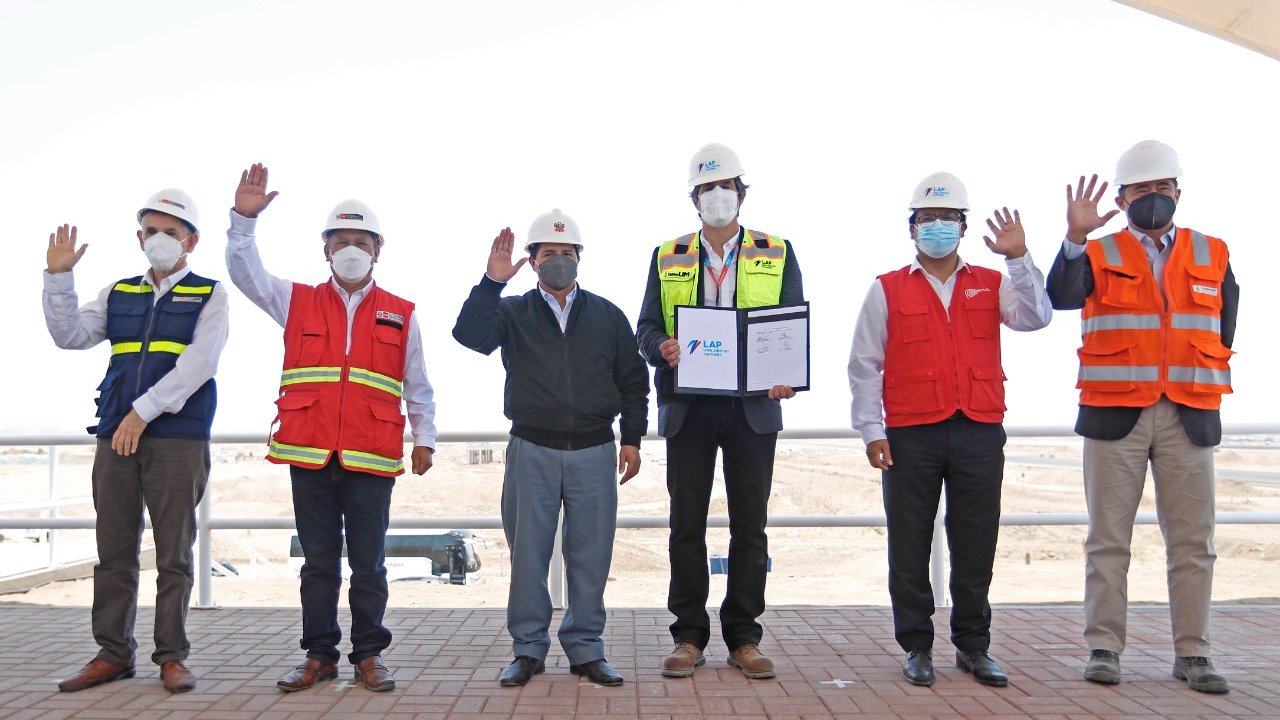 The operating company for the Jorge Chávez International Airport, Lima Airport Partners (LAP) has awarded the Inti Punku Consortium the works for the design and construction of the new passenger terminal that will come into operation in 2025.

The selection of the new consortium was carried out after an arduous process that began in August 2019, with a first approach to recognized companies in the construction sector. In April 2020, an International Call was made that gathered the interest of more than 26 recognized national and international companies. Finally, in January of this year, the short list of bidders who participated in a competitive design process was selected, which culminated in July with the delivery of technical and economic proposals.

“We must understand the great importance that Jorge Chávez has for the country, as he is the main gateway to Peru and in recent times a key piece in the economic reactivation and fight against the pandemic. This expansion will position the country as one of the main logistics and tourism hubs in the region, allowing the arrival of more tourists and more airlines,” said the President.

“This is the most important milestone, for LAP, in its 20 years operating the airport, with this, we reaffirm our commitment to Peru. The expansion of the New Jorge Chávez is a key element for the economic reactivation, since it puts in value private investment and the Government’s commitment to advance with a first-rate infrastructure for the development of the country,” said Juan José Salmón, CEO of LAP .

During the selection process, rigorous evaluation criteria have been taken into account, such as: experience in the sector, technical and constructive capacity, financial strength of the companies, solid compliance policies and anti-corruption measures, extensive knowledge of the social environment, management of environmental mitigation strategies under strict health and safety standards in the face of COVID-19, among others.

“Despite the challenge of carrying out an international award process and rethinking the design of the new terminal – adapting it to the new global context – in the midst of the pandemic, we are very proud to be able to move towards the construction stage of the new terminal. In 2025, we will deliver to Peru a new Jorge Chávez airport that will be positioned among the best in South America,” said Anton Aramayo, director of the Expansion Project.

For his part, Miguel Ángel Lozano, Inti Punku Project Manager, highlighted the importance of the technical challenge they will have to face to develop part of the infrastructure that will make Jorge Chávez Airport one of the most prominent in the Latin American region. “We are tremendously motivated to participate in one of the most emblematic infrastructure projects in the country in recent years. We are convinced that the new airport will be a source of pride for all Peruvians who will use it and, above all, that visitors and tourists will come to see the wonders of this country.”

The Inti Punku Consortium is made up of a strategic alliance between Sacyr Ingeniería e Infraestructuras (SII), a global infrastructure development company with extensive experience in the airport sector with more than 21 projects completed and in operation; and Cumbra, one of the main Peruvian construction companies. This consortium is currently executing the construction of the new airfield and the second landing and take-off runway.

With this award, LAP culminates the bidding processes for the work packages for the Airport Expansion Project. The scope of these works includes the development of complementary infrastructure that will maximize the existing one, such as new access roads, more platforms for aircraft, taxiways, new service areas and logistical support that will place Lima and the constitutional province of El Callao, in a privileged position in the region.

This project is financed with a 100% private investment assumed by the concessionaire, allowing it to double the airport capacity, significantly boosting the development of Peru.
Currently, the Nuevo Jorge Chávez is also an important source of employment, the Lado Aire works have more than 2,500 workers. During the next three years of construction of the new passenger terminal, it is projected to create around 3,500 new jobs.

Sacyr, as an international partner and leader of the project, in addition to its participation in the construction of the second runway at Jorge Chavez airport, is carrying out another airport project in Chiclayo and in other parts of the world, it has the experience of 21 projects, many of them in Latin America and Spain.

0 0 0
Previous : Digital LTL Council launches Industry Standards for New Electronic Bill of Lading
Next : Britain’s HGV crisis should look at rail solutions to get trucks of the roads