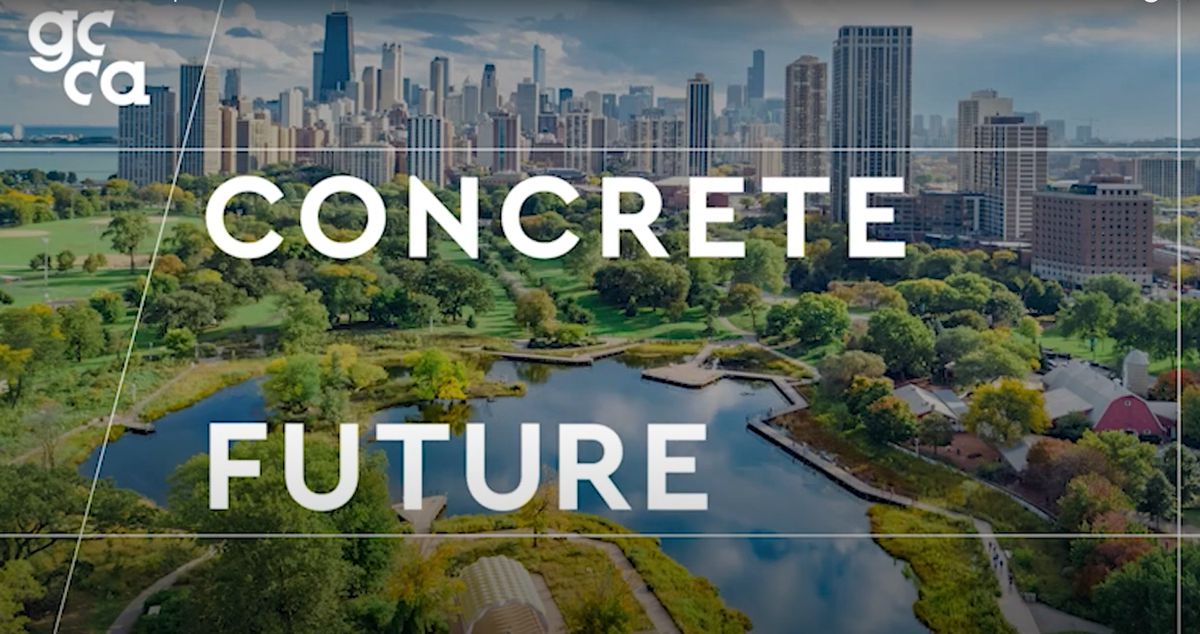 Forty of the world’s leading cement and concrete manufacturers today join forces to accelerate the shift to greener concrete by pledging to cut CO² emissions by a further 25% by 2030, marking a decisive step in the race to ‘Net Zero’ concrete by 2050.

The move by the members of the Global Cement and Concrete Association (GCCA) marks the biggest global commitment by an industry to net zero so far – bringing together companies from the Americas, Africa, Asia, including India and China, and Europe. It follows the September announcement during New York Climate Week that the GCCA has become the first global ‘heavy’ industry accelerator for the UN’s global Race to Zero. GCCA members account for 80% of the global cement industry volume outside of China, and also include several large Chinese manufacturers.

The GCCA has published a detailed roadmap which sets out the path that the industry will follow to fully decarbonize by 2050, a target aligned with the Paris Agreement to limit global warming to 1.5°C. The roadmap actions between now and 2030 will prevent almost 5 billion tonnes of carbon from entering the atmosphere compared to a business-as-usual scenario, equivalent to the CO² emissions of almost 15 billion passenger flights from Paris to New York.

Concrete is the most used human-made material on the planet with 14 billion cubic meters produced every year for use in everything from roads to bridges, tunnels to homes, and hydropower installations to flood defences. Concrete is an essential element of construction, with no other material equalling its resilience, strength and wide availability. Production of cement, the key ingredient in concrete, accounts for around 7% of global CO² emissions. The new 2030 commitment by the GCCA outlines a significant acceleration in the pace of industry decarbonization.

The roadmap to get there is built around a seven-point plan that relies on ambitious yet achievable actions to reduce the amount of CO² intensive clinker in cement, significantly reduce fossil fuel use in manufacturing, and accelerate innovation in products, process efficiency and breakthrough technologies including carbon capture.

While the GCCA has outlined an ambitious programme for its members, it also calls on governments, designers and contractors to fully play their part by assembling the right public policies and investments to support the global scale transition of the industry. These include greater development of critical technologies such as carbon capture and storage, and reforms to public works procurement policy to encourage the use of low-carbon cement and concrete products. Public policy reforms and the promotion of low carbon products can make a big difference as public infrastructure accounts for almost 60% of all global cement and concrete demand.

Thomas Guillot, GCCA Chief Executive, said: “Concrete is the world’s most used building material and provides the foundation for renewable energy transition, resilient infrastructure and new homes around the world.”

He added: “Global cooperation on decarbonizing concrete is a necessity, as countries developing their infrastructure and housing will be the biggest users of concrete in the coming decades. I am proud of the commitment made by our members today to take decisive action and accelerate industry decarbonization between now and 2030, an important milestone towards the ultimate goal of net zero concrete. I envision a world in the not too distant future where the foundation of a sustainable, zero carbon global economy will literally be built with green concrete.

“We now need governments around the world to work with us and use their huge procurement power to advocate for low carbon concrete in their infrastructure and housing needs. We require their support to change regulation that limits the use of recycled materials and impedes the transition to a low carbon and circular economy.”

GCCA member companies operate in almost every country of the world with a global cement and concrete market worth $440 billion annually and supporting a wider construction sector which represents 13% of global GDP. The Association counts companies such as CEMEX, CNBM, CRH, HeidelbergCement, Holcim and Votorantim as members. The industry last year announced its ambition to fully decarbonize by 2050 and today is detailing its roadmap to achieve this goal.

António Guterres, Secretary-General of the United Nations, commented: “I invite all cement companies to join this vital endeavour. The transition cost should not be borne only by the first movers. I call on all governments and relevant actors to align public and private finance and procurement to create strong markets for net zero-aligned industrial production and develop national sectoral roadmaps towards net zero emissions. Three quarters of the infrastructure that will exist in 2050 has yet to be built. Without credible action now, future generations will have no liveable planet to build upon. The United Nations stands ready to support you in accelerating the transformation of your industry.”

Cao Jianglin, the CEO of China National Building Material Company Ltd (CNBM), said: “This is a landmark for industry co-operation in decarbonization. As part of a global industry, it will need collaboration across our sector to achieve it. As one of the leading cement and concrete producers in China, we will play our part in decarbonizing the industry.”

Albert Manifold, GCCA President and Group Chief Executive of CRH plc said: “This Roadmap represents a clear commitment to positive change across our industry and will allow us to sustainably transition to net zero while continuing to supply society with the concrete it needs to grow and prosper.”

The GCCA Global Net Zero Roadmap can be found here. The global launch coincides with the publication of a roadmap for the USA by the Portland Cement Association (PCA) for Carbon Neutrality.