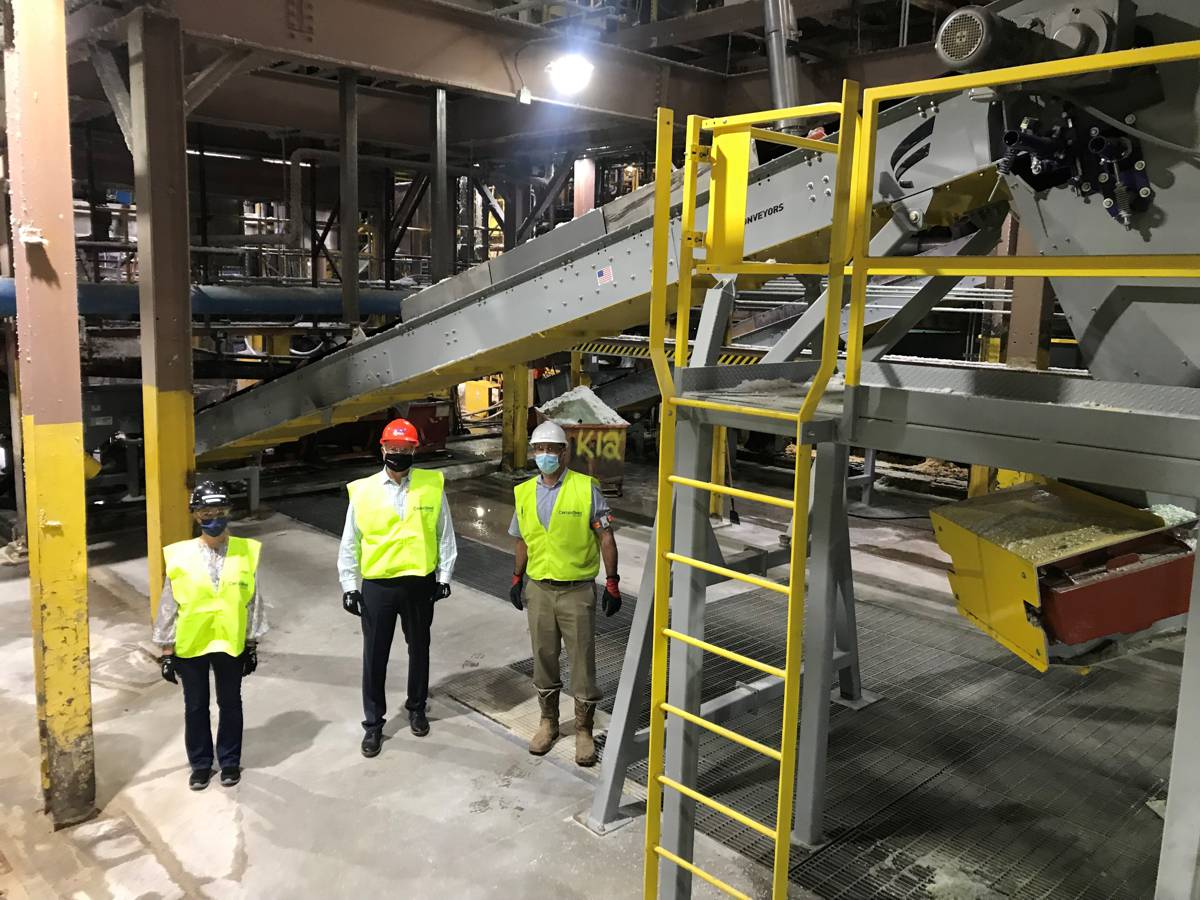 Saint-Gobain, through its building products subsidiary CertainTeed LLC, today announced the company has completed the installation of water recycling technology at its Kansas City insulation plant, which will reduce the plant’s consumption of water by 227 million gallons per year.

The ambitious project comes only weeks after the company announced its new global Grow and Impact strategy, which includes reducing its consumption of natural resources at its production sites.

The CertainTeed plant in Kansas City is the largest insulation manufacturing site in the world and began operations in 1951. The plant uses water to help cool equipment and molten glass, which is eventually fiberized into fiberglass-based insulation material.

The technology installed this month will allow the plant to capture and reuse the vast majority of water used on its K11 and K12 production lines. Previously, this water would otherwise travel into the plant’s sewer drains. A team of 15 engineering, production and design professionals at CertainTeed worked over the past seven years to conceptualize and implement this $4.3 million project.

“Our water recycling project in Kansas City is a massive step forward in our company’s broader mission of maximizing our positive impact, for our customers and the communities where we do business, while minimizing our environmental footprint,” said Andrew Goldberg, Vice President and General Manager of CertainTeed Insulation Product Group. “We know that part of being a good business means being a good neighbour, and we strive to lead our industry toward a more sustainable future.”