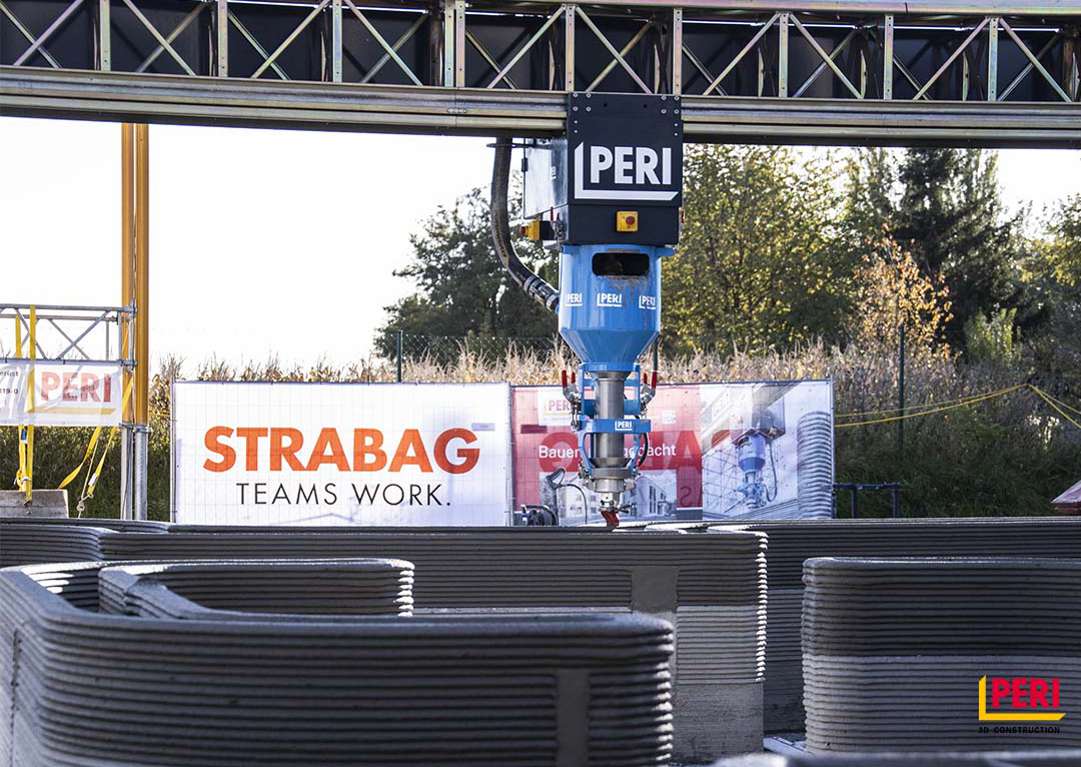 Henrik Lund-Nielsen, Founder & General Manager of COBOD International, added: “We are thrilled to see the office project from PERI and STRABAG come to life in Austria. Since our own 3D printing of the first 3D printed building in Copenhagen back in 2017, The BOD which is an office hotel, nobody else has picked up the gloves when it comes to 3D printing of offices. We hope that the office segment of the market with the Austrian project from PERI and STRABAG will begin to adopt the technology on a larger scale. But why stop there? What about warehouses, retail outlets, and other similar applications?” 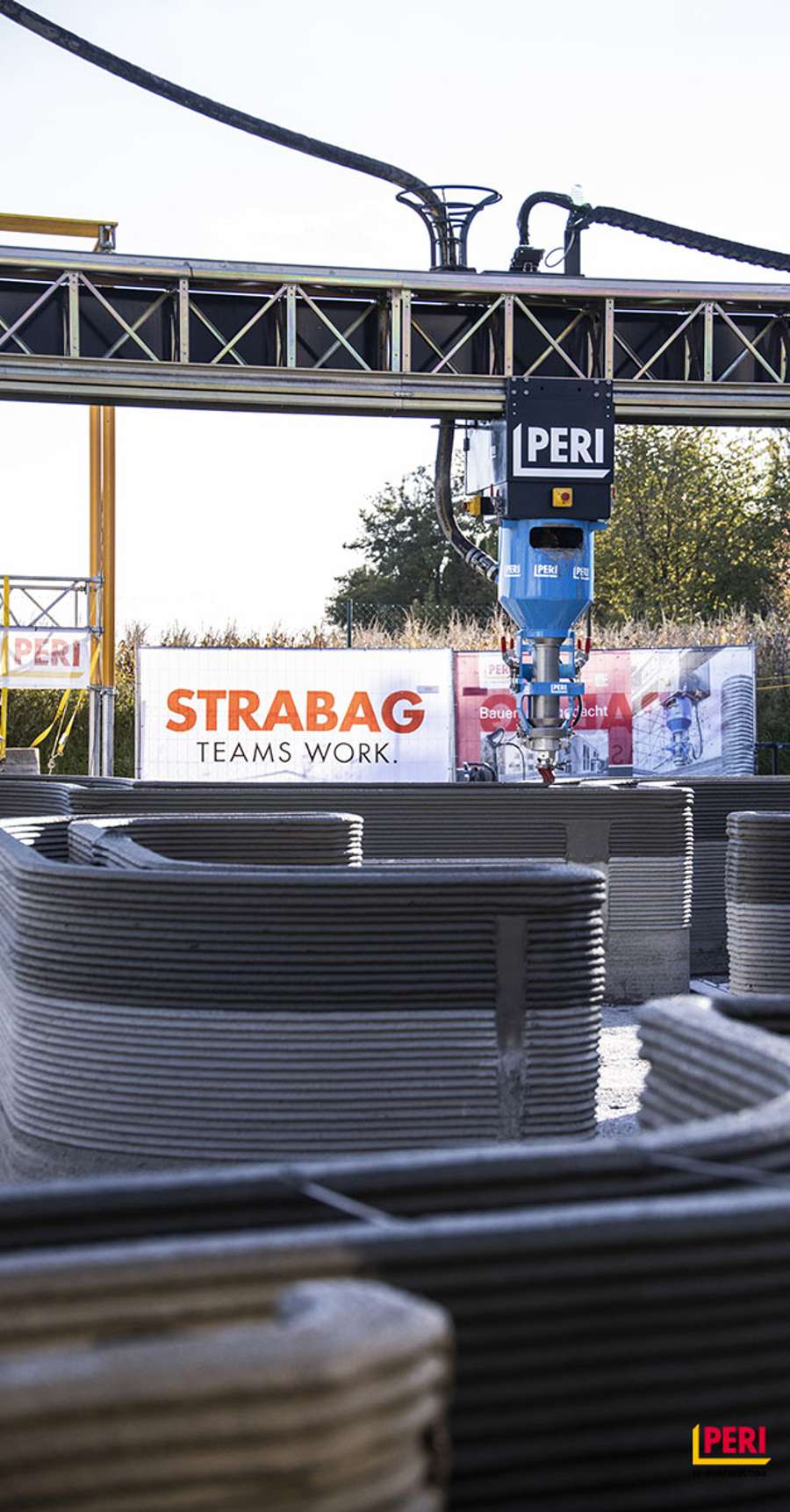 Klemens Haselsteiner, STRABAG Member of the Management Board responsible for digitalization and innovation, stated: “3D concrete printing gives the construction industry an important boost of innovation and represents an exciting addition to the range of available construction methods”. 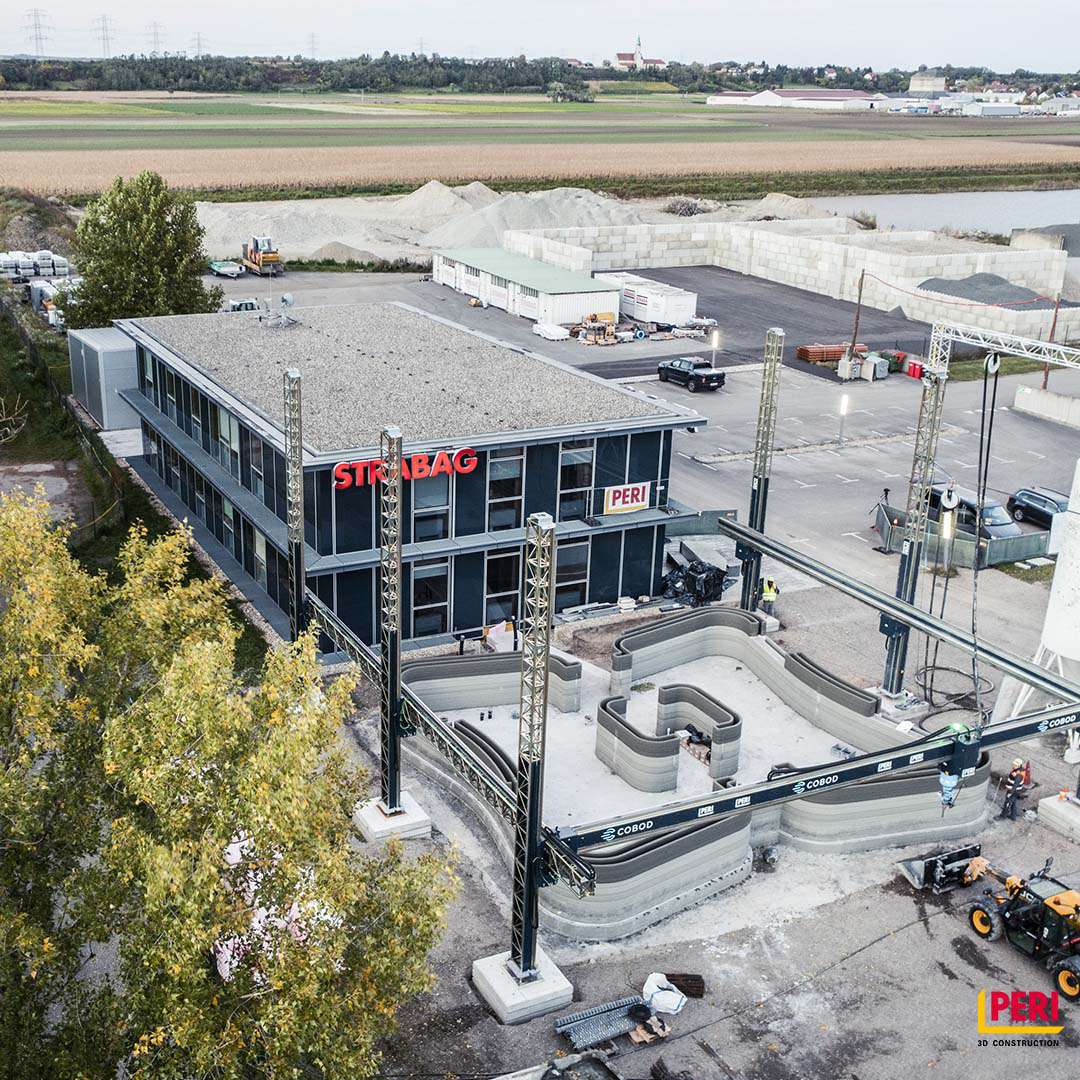 On top of the new possibilities that 3D construction printing provides, STRABAG also had other reasons for becoming involved with the new technology. Thomas Britel, CEO of STRABAG SE added: “The severe shortage of skilled labor that currently prevails will remain with us in the future as a challenge that we have to cushion with two strategies: by investing in training, for example with our new STRABAG Campus Ybbs, and by increasing productivity with new technologies.”

The 125 m2 (1345 sq ft.) office building is being 3D printed at STRABAG’s asphalt mixing plant in Hausleiten using a special dry mortar supplied by Lafarge Austria. The office is the fourth 3D printed project executed by PERI in Europe. 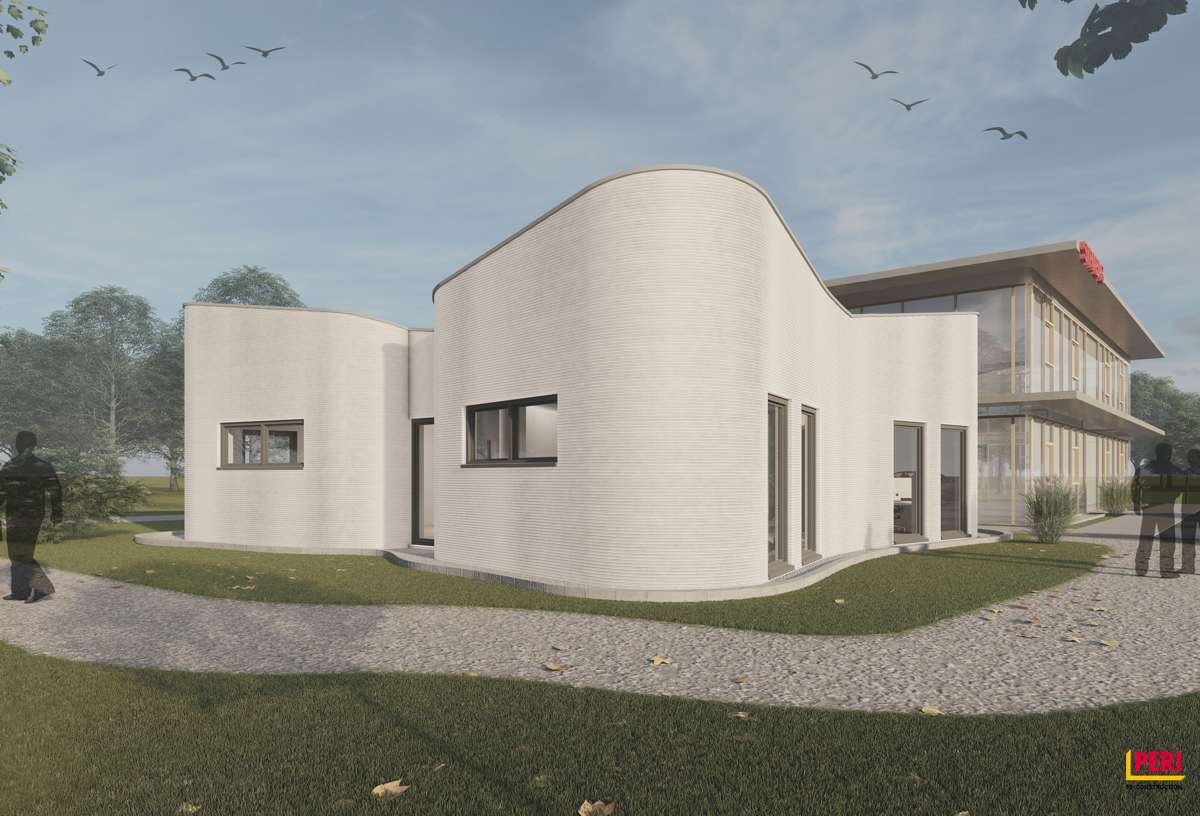 Thomas Imbacher, Director of Innovation & Marketing at PERI AG, said: “Just under a year ago, we printed Germany’s first residential building using a BOD2 printer from our Danish partner COBOD. Since then, the PERI team has successfully realized several additional printing projects. Together with our partners STRABAG and Lafarge, we are now bringing this new form of construction to Austria and are pleased to be realizing the first 3D printed office building in Hausleiten”. 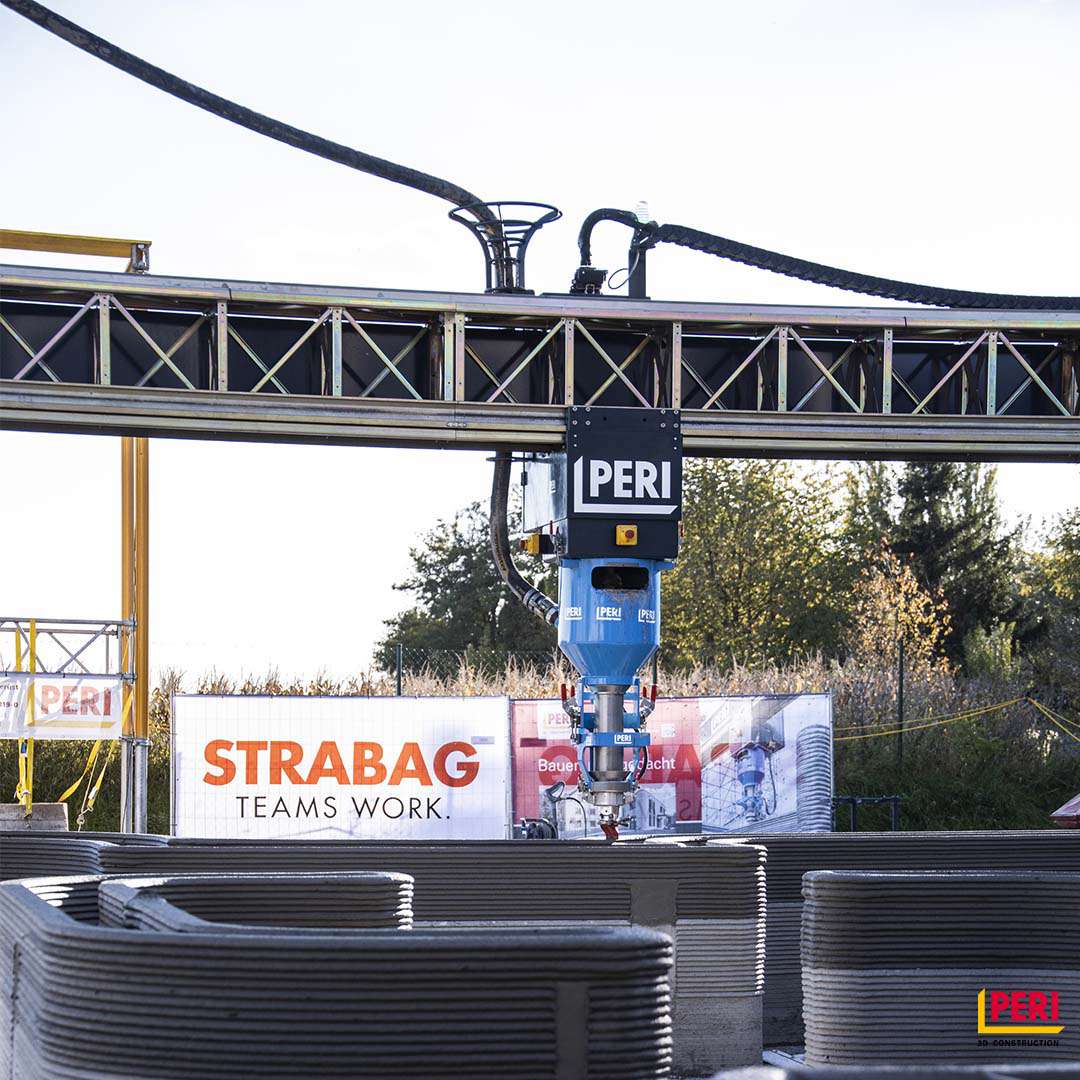 0 0 0
Previous : Construction in the US must invest in Digital to stay competitive
Next : Eurovia UK’s Employer Audit Scheme wins them a 5% Club Gold Award