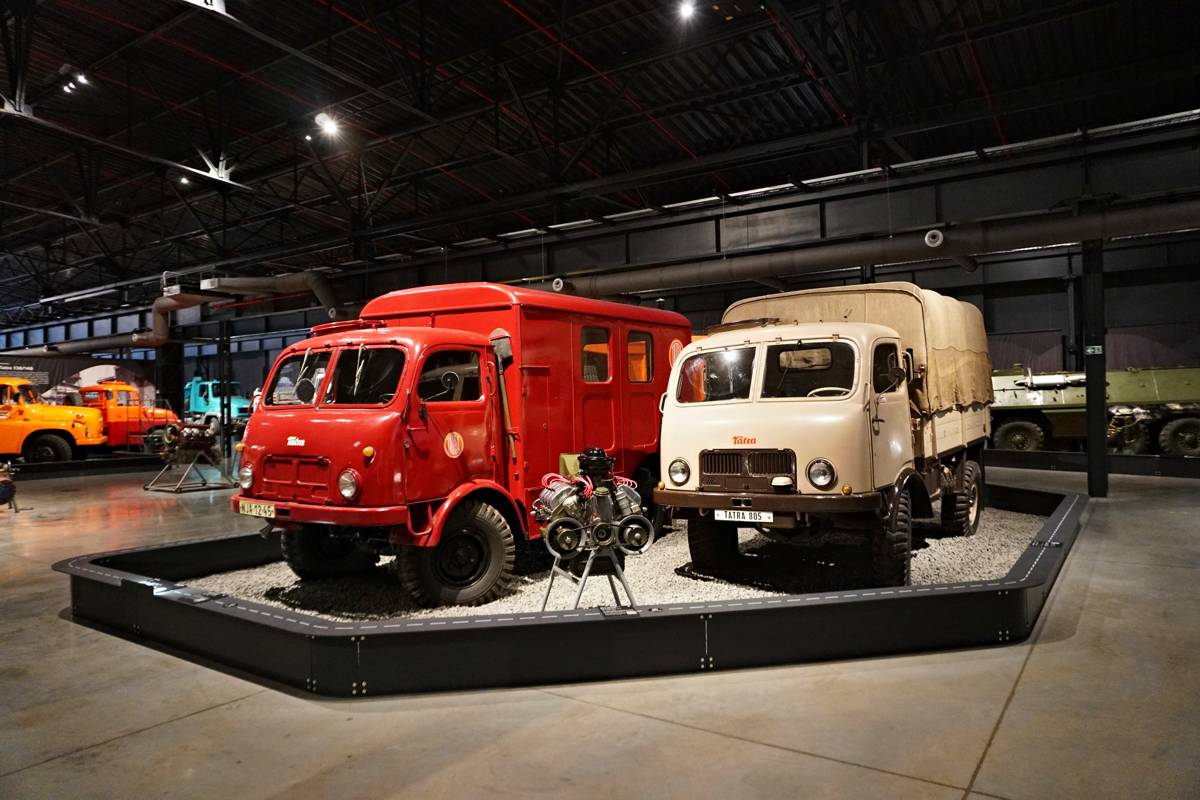 The new Truck Museum is inaugurated in Kopřivnice in the Czech Republic, will feature eighty commercial vehicles. Visitors will also learn about technical gems and attractions through augmented reality.

The museum was built by the Moravian-Silesian Region, with a significant EU contribution. Most of the exhibits were supplied by TATRA TRUCKS, who also provided the museum with the land and the building of their former foundry, in which the museum is located.

“Technical attractions belong to our region, so another museum was established in Kopřivnice. This is also dedicated to the rich history and production of the Tatra plant, which makes our region a good name all over the world. Both museums, the well-known Tatra Technical Museum and the newly opened regional Tatra Truck Museum, will not compete, on the contrary. They will work together and complement each other. By being located close to each other, they offer a comprehensive view of the rich history of vehicle production in Kopřivnice. The new museum will become part of the Technotrasa, which accompanies the technical attractions of our region,” said the Governor of the Moravian-Silesian Region Ivo Vondrák, adding that the new museum falls under the Museum of the Novojičín Region, which is being established by the Moravian-Silesian Region. 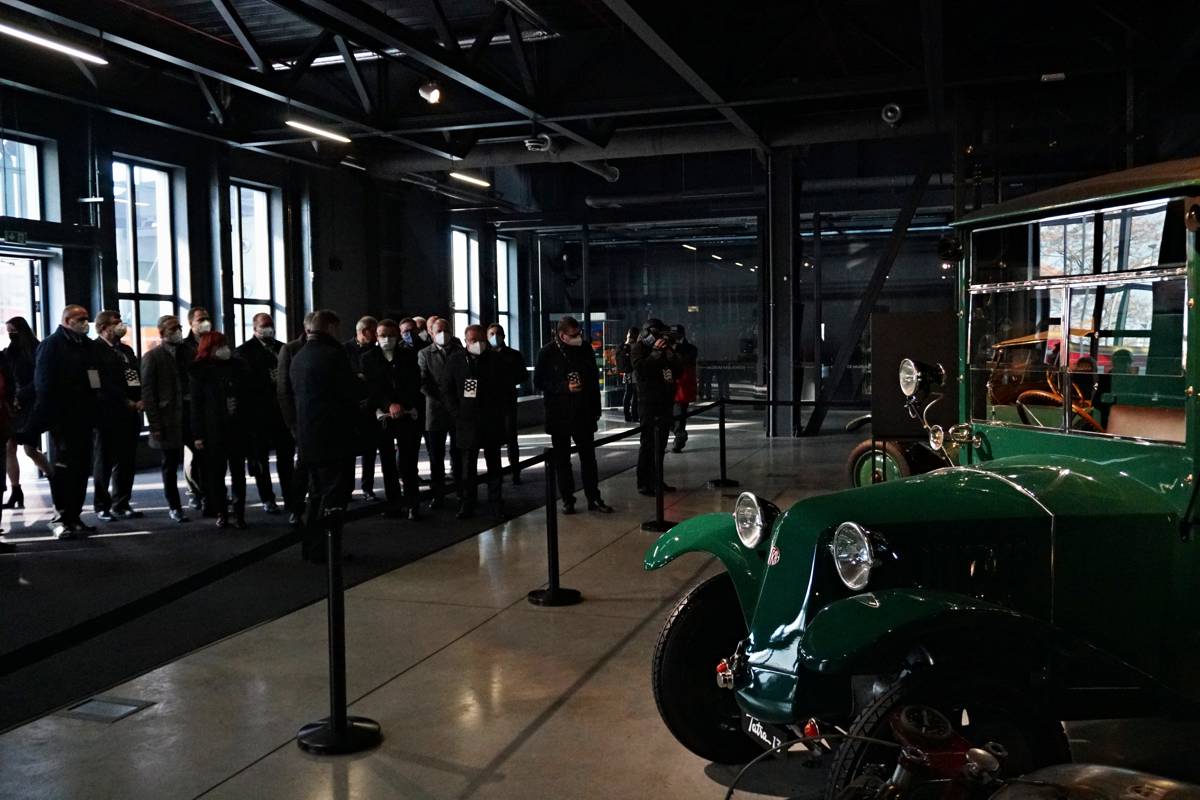 The museum project was an initiative of TATRA TRUCKS shareholders, Czechoslovak Group holders of entrepreneur Michal Strnad, and PROMET GROUP of entrepreneur René Matera, who states: “We With this in mind, we have invested in acquiring Hlach’s collection and some unique Tatra trucks. After eight years, thanks to the efforts of the Moravian-Silesian Region and other partners, the idea has been fulfilled.”

Eighty commercial vehicles will be on display in the museum, most of which have been lent to the museum by the Tatra Technical Museum. The exhibition will be divided into 14 thematic units, both chronologically and by focus. 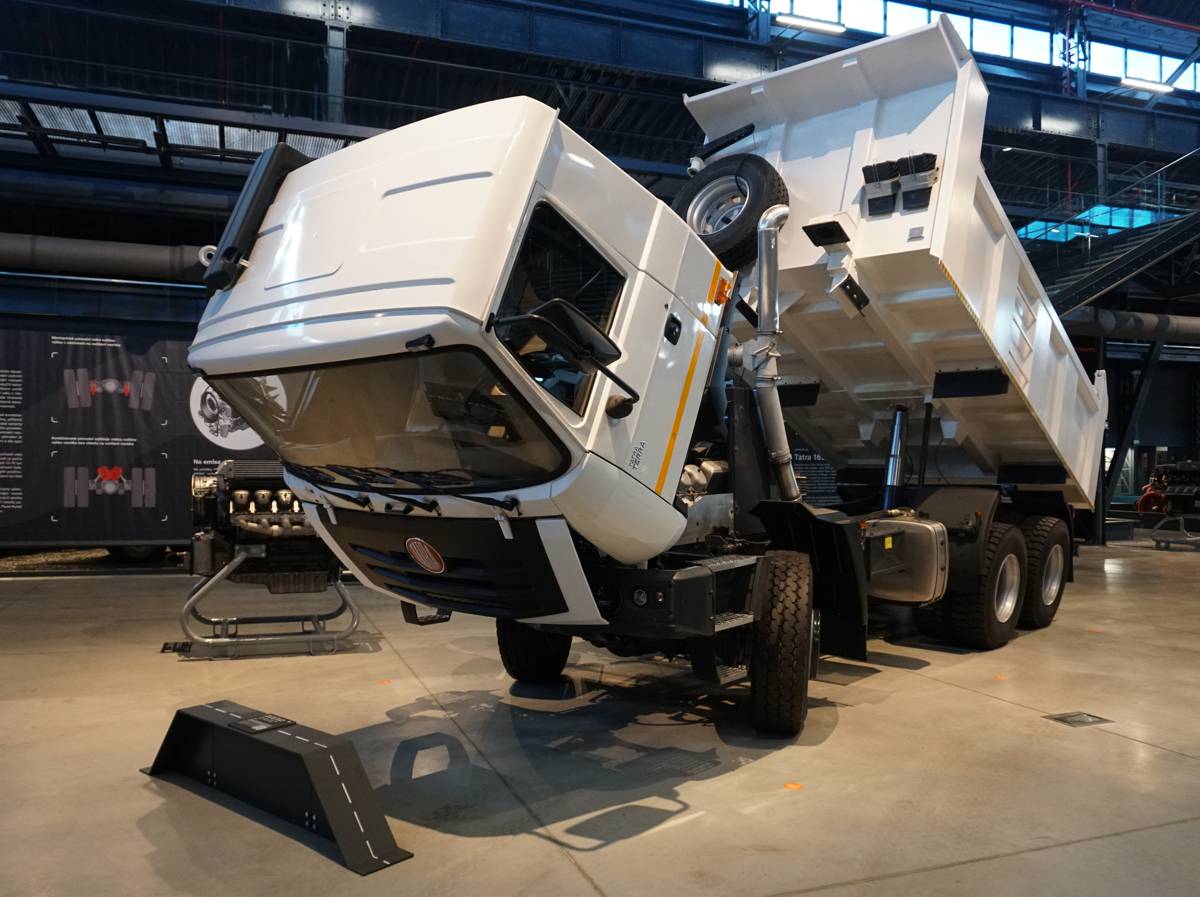 From the first commercial, through fire, military, racing, expedition to current machines. There will also be historical motorcycles of the Rybička’s collection, which is now owned by the Moravian-Silesian Region. “The exhibition of machines will be complemented by augmented reality, which has become a very important element in museums. Thanks to this technology, the expositions are richer, for example, the entire vehicle will grow out of the exposed real chassis right in front of the visitor’s eyes. In short, what did not fit into the museum building, visitors can get to know in augmented reality. In this way, they will also get acquainted with the interior of the car or with how the engine works. But the new museum offers not only education but also entertainment, and driving car models will certainly be a great success, of course again in augmented reality. Small and large visitors will be able to walk through the streets of the museum, such as the Tatra 815, known for its journey around the world,” said Lukáš Curylo, Deputy Governor of the Moravian-Silesian Region for Culture and Preservation.

The museum also counts on foreign guests, so the augmented reality features will also be available in English and soon in Polish and German. 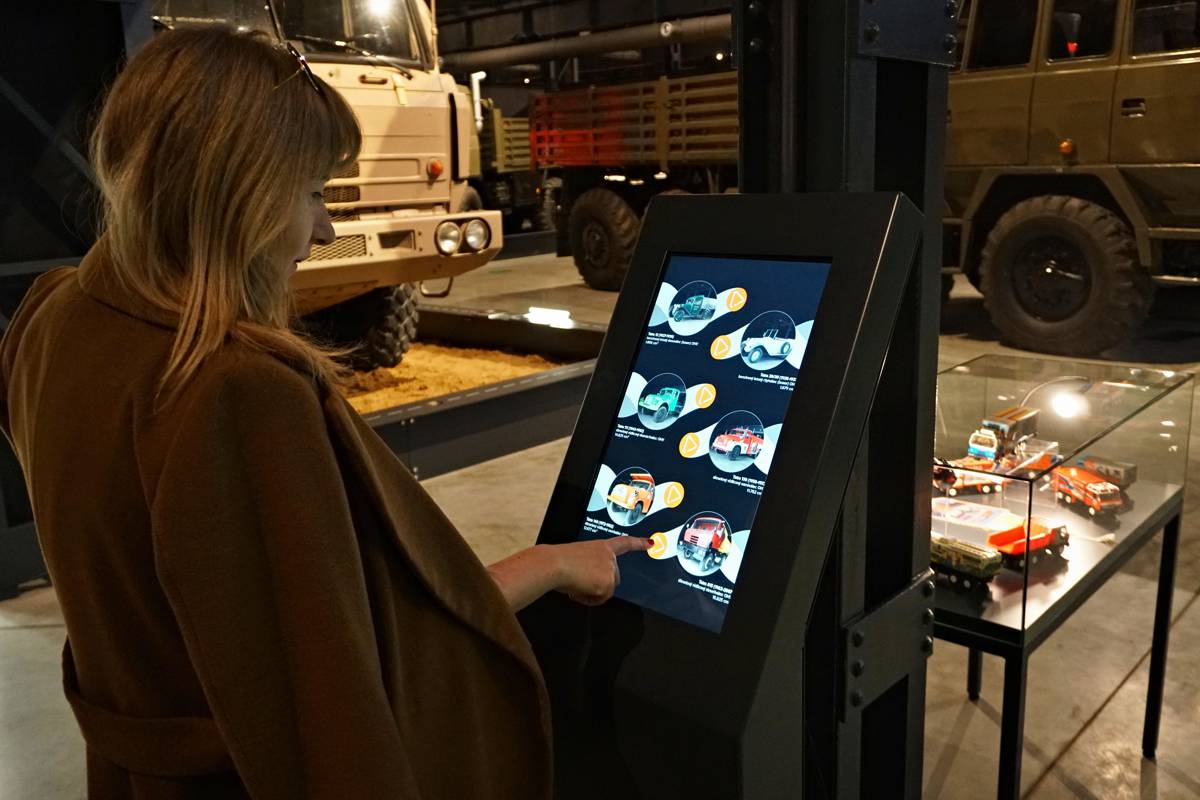 A huge attraction for lovers of technology is the Slovenská strela express train, which is located in the depository, built last year. The depository is located in the immediate vicinity of the new museum. “The Slovak missile was declared a national cultural monument eleven years ago. That is also why, as the owner of this unique machine, we decided for its complete renovation, but also for the expensive construction of its new depository. Slovenská strela now has a dignified location, which has also attracted the professional public, this year the depository was awarded in the national competition Construction of the Year. The First Republic train is a beautiful bearer of the long tradition of vehicle production in Kopřivnice,” said Pavel Lazar, CEO of TATRA TRUCKS, adding that visitors to the Truck Museum will certainly admire other legendary machines owned by the company, such as Drtikolka, Tatra 148 or Tatra 111 developed during World War II. 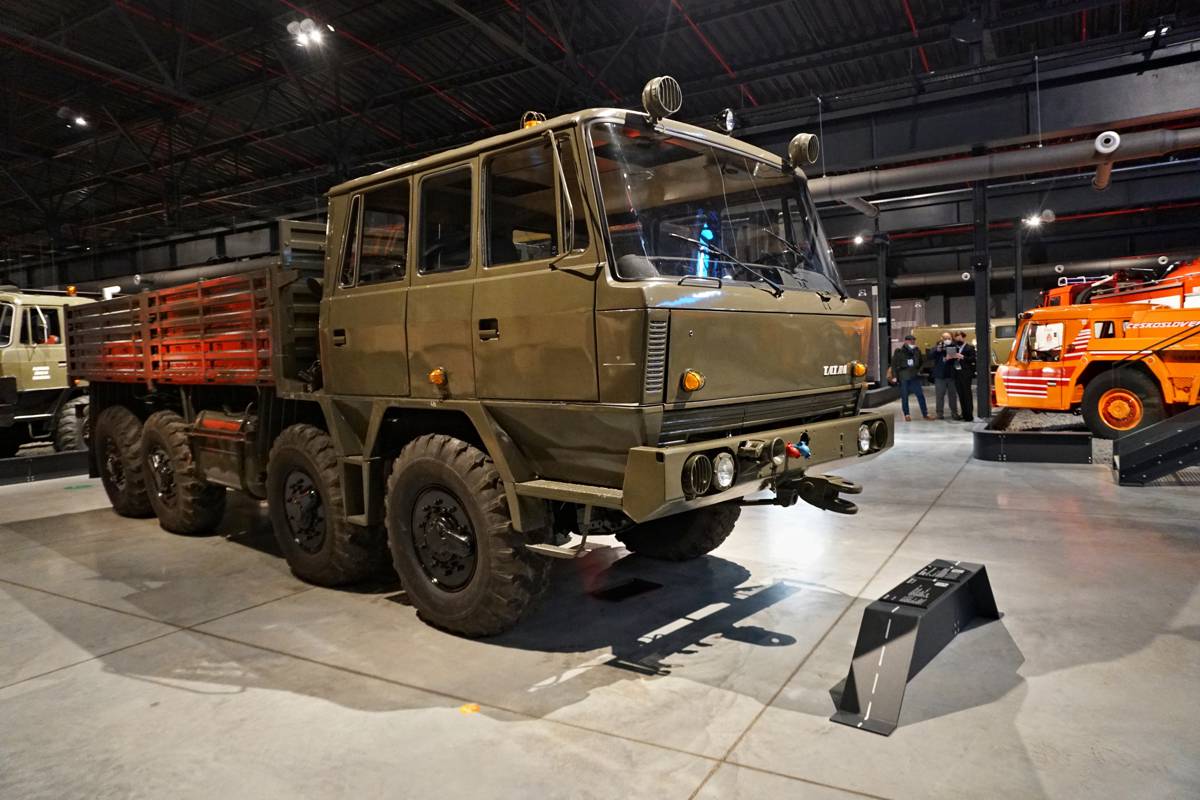 Visitors can also look forward to video mapping about the Tatra phenomenon projected in the back of the museum. “People can also learn about Tatra’s history through the authentic stories of former employees of the company. As part of the Stories of Our Neighbours project, children from local primary schools and high school students interviewed Tatra employees. The stories of the former Tatras focused mainly on the period around November ´89, they are interesting testimonies that can bring the Tatras atmosphere closer to the people,” said Zdeněk Orlita, director of the Museum of the Novojičín Region. However, the stories are already on the web and they will also be shared on the Memory of the Nation website. 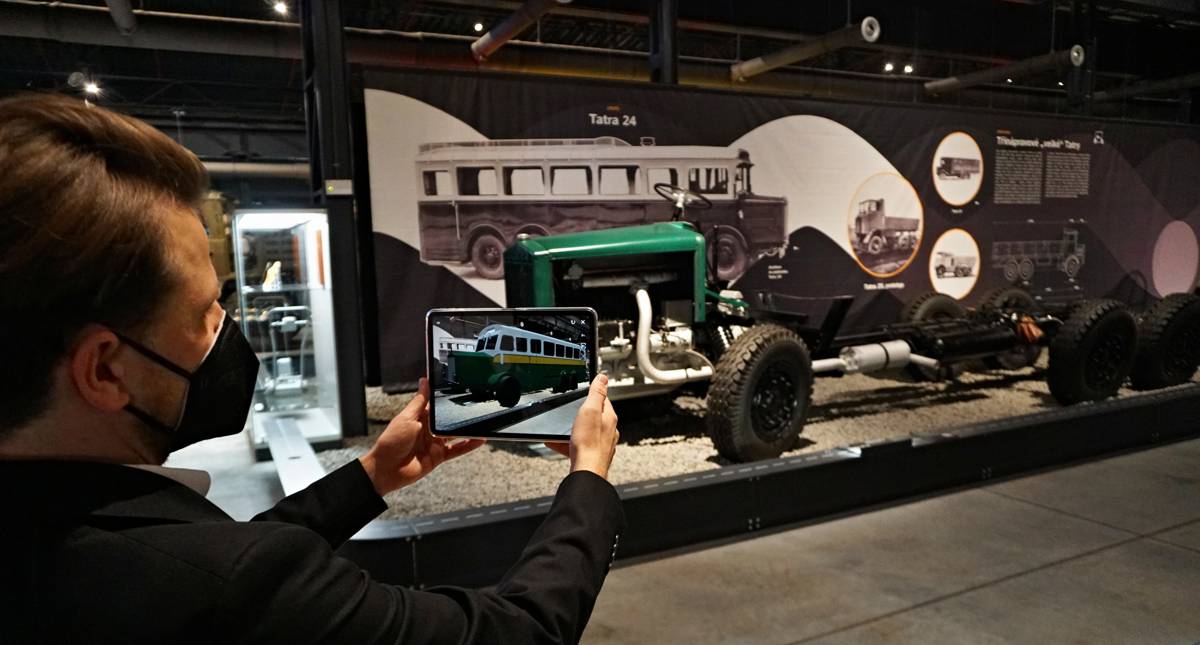 In addition to the Moravian-Silesian Region and TATRA TRUCKS, the city of Kopřivnice also played a significant role in the project of the new museum. “The town of Kopřivnice undertook the public space project, we dealt with the surrounding areas around the museum and the depository of the Slovak Arrow. The project included an entrance to the complex, access roads and sidewalks, as well as outdoor furniture and public greenery. Our costs were calculated at 31 million crowns, which the city covered purely from its budget. The opening of the museum is an important event for Kopřivnice, and we greatly appreciate the partnership with the region and TATRA TRUCKS,” said Miroslav Kopečný, Mayor of Kopřivnice. 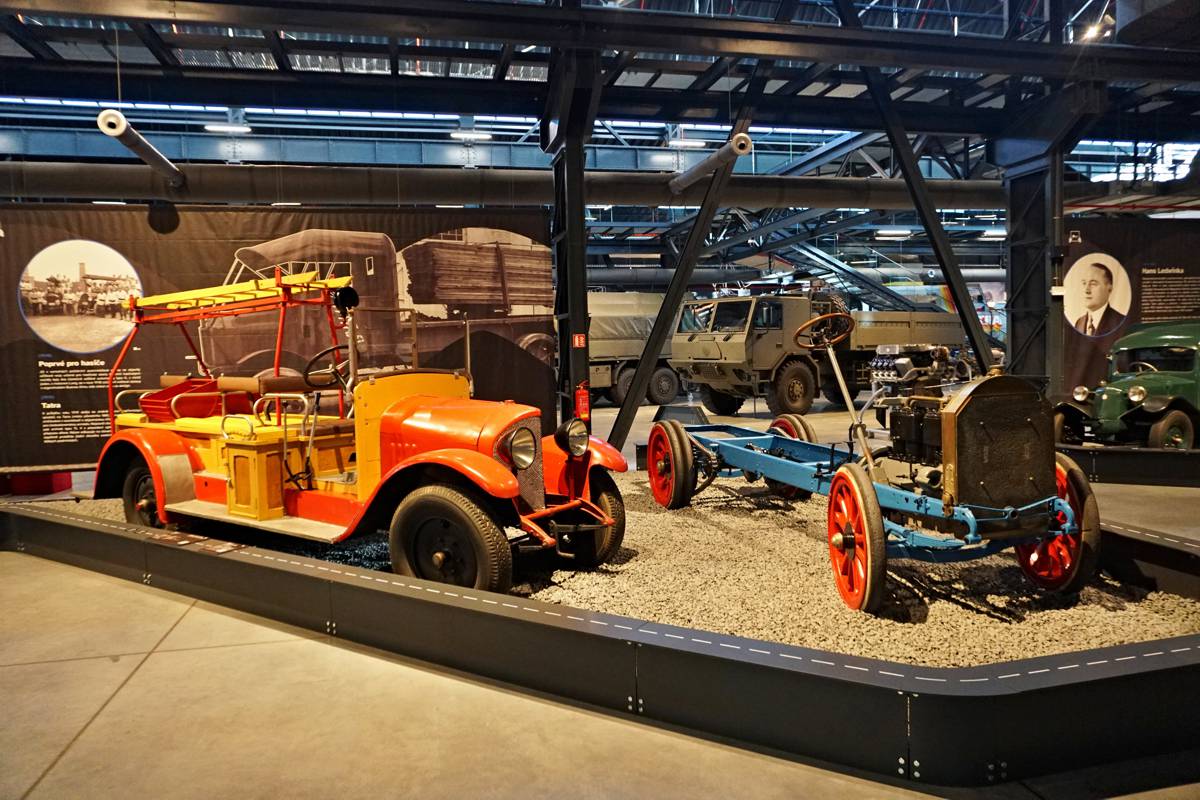 The new Truck Museum cost 171.1 million crowns. “The largest part of the costs was covered by money from the European Regional Development Fund, from which we received 105 million crowns for the Kopřivnice Museum. The state contributed six million to us, the rest was covered by the regional budget. The construction itself cost 141 and a half million crowns, the construction of the exhibition cost a total of 18.3 million, the rest of the funds were used for interiors and other costs. Construction of the museum began in July 2019 and lasted until the end of last year, this year intensive work was done on the exhibitions. I am glad that we managed to reach the whole project, our region has a new attraction for tourists and other evidence of the rich industrial history of the region,” concluded the Deputy Governor of the Moravian-Silesian Region for Finance, Investment and Property Jaroslav Kania.