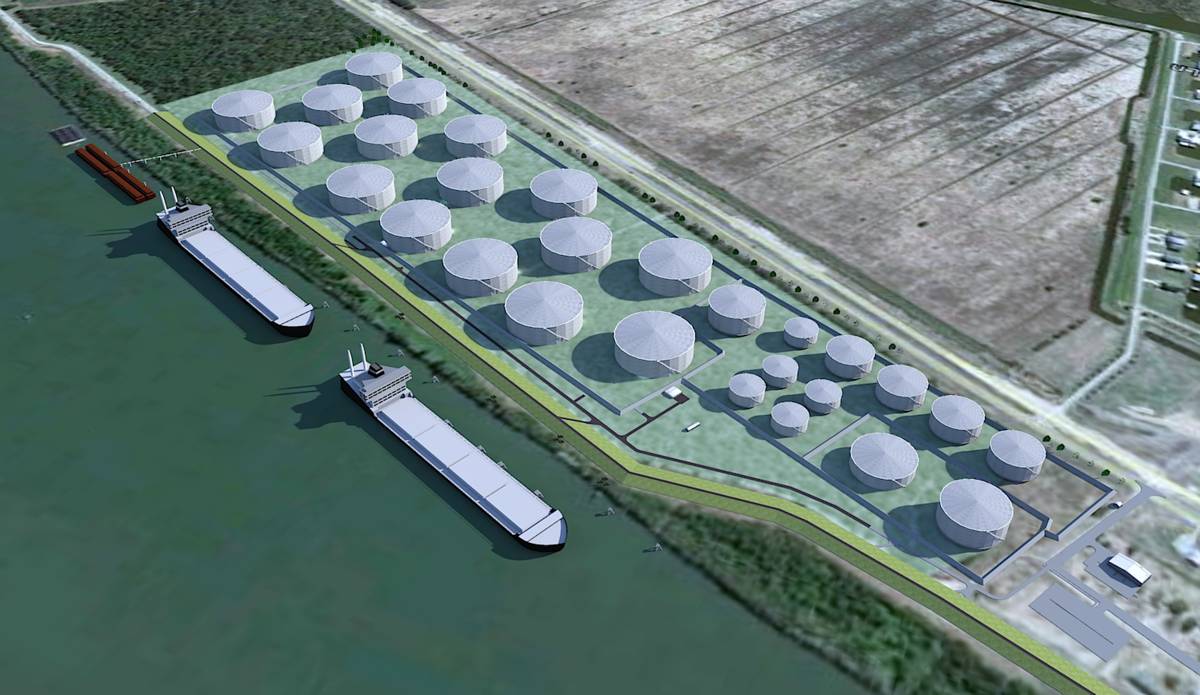 NOLA Oil Terminal, LLC announced today that it has begun construction on phase one of an oil and refined products terminal project in Plaquemines Parish, Louisiana, occupying 158 acres located at Mile Marker 59 on the lower Mississippi River.

The $300 million wharf and dock bond funding for this project was approved in summer 2021 and marks the largest bond issue approved by the Port of Plaquemines in over 50 years. NOLA Oil Terminal will be the first of its kind in the region, allowing Mississippi River access for much larger vessels, such as the New-Panamax and the Suezmax.

NOLA Oil Terminal in total is a $930 million dollar project. The initial water-side phase of the project includes two deep water berths for these tankers and one barge dock. These two berths will be capable of mooring 170,000-ton vessels. The barge dock will serve both inland and oceangoing tank barges. Land-side construction constitutes the second phase of the project.

NOLA Oil Terminal was founded in 2013 by two entrepreneurs: COO Christian Amedee and Principal Engineer Roy M. Carubba, PE. Amedee explains that this project, when completed, will be the newest state-of-the-art facility along the lower Mississippi River and is poised to add further value by offering blending, storing, and transferring needs with a superior geographical location. It is these factors, among others, which make NOLA Oil Terminal an attractive investment.

“Crude oil and clean petroleum products such as gasoline, diesel, and jet fuel are significant trade products for Louisiana, but we aren’t able to take advantage of the larger vessels,” says Amedee. “That changes today. This terminal will be the first in the area to be able to accommodate vessels which currently are too large and deep to dock in the Mississippi River or in most Gulf of Mexico and Eastern Seaboard ports. The positive impact on Louisiana’s economy will be immense.”

According to Benny Rouselle, former president of Plaquemines Parish and former chairman of the Port of Plaquemines: “This boost to our economy couldn’t come at a better time, and NOLA Oil Terminal represents the kinds of projects Plaquemines Parish is looking for. Not only will this flagship be an economic driver for the Parish, but it will also put us on the map as the first deep water wharf able to accommodate these massive tankers, signaling a bright economic future for Plaquemines Parish.”

Once completed and operational, Amedee explains that NOLA Oil Terminal will be able to accommodate up to six tankers each week. The completed structure, which is phase two, is expected to have a storage capacity as high as 10 million barrels.

In addition to opening new channels to import and export crude oil and other clean petroleum products, NOLA Oil Terminal expects to create over 1,000 construction jobs through completion of phases one and two. Additionally, the completed terminal is expected to sustain from 30 to 40 permanent jobs in Plaquemines Parish. Phase one, the wharves and docks, is projected to be completed in mid-2022.

All required permits are in place, and site preparation including site clearing, open channel drainage, construction access roadways, geotechnical investigations and pile load tests, and environmental studies is completed. Phase two, the land-side section, is in the development phase.