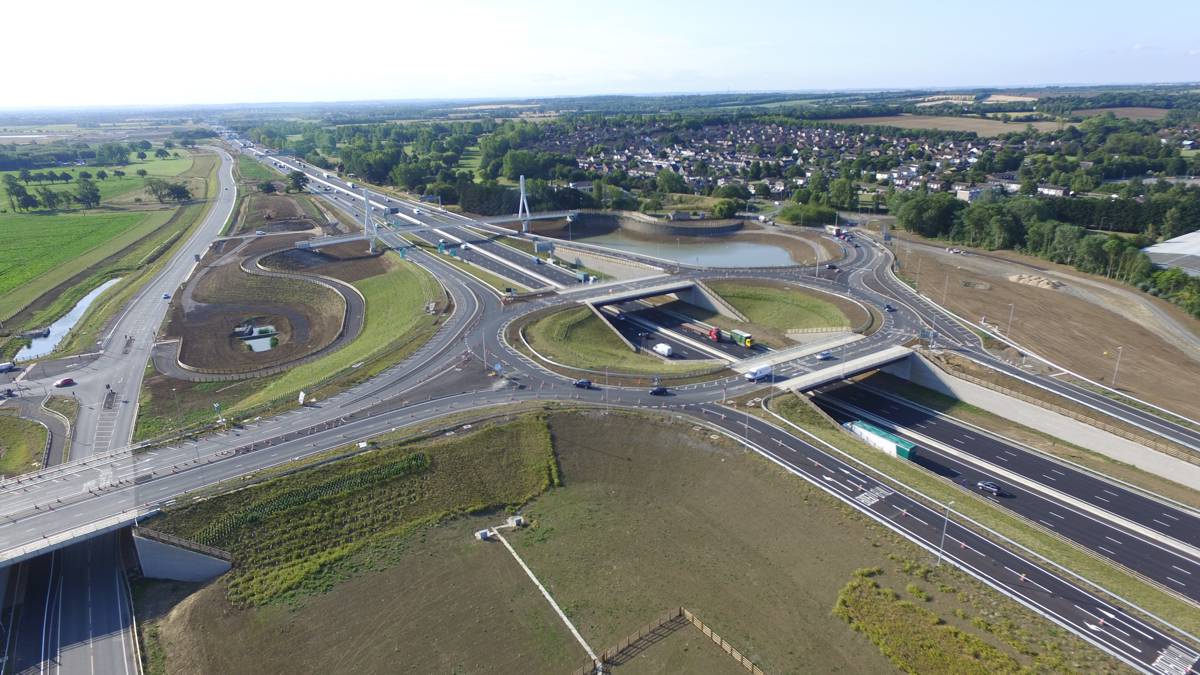 Anderton and Tensar delivering the UK’s most challenging infrastructure projects

Anderton and Tensar delivering the UK’s most challenging infrastructure projects

For more than 17 years, Anderton and Tensar International have collaborated on some of the UK’s most challenging rail and highways infrastructure projects. Utilising their combined experience of over 80 years, the duo has continued to set the standard for meeting the most demanding site designs and continuously progressing product innovation.

The most recent success story developed by the partnership is the £1.5billion National Highways, A14 Cambridge to Huntingdon Improvement Scheme, which saw the supply of 10,000m² of TensarTech® TW3 across 11 separate structures. 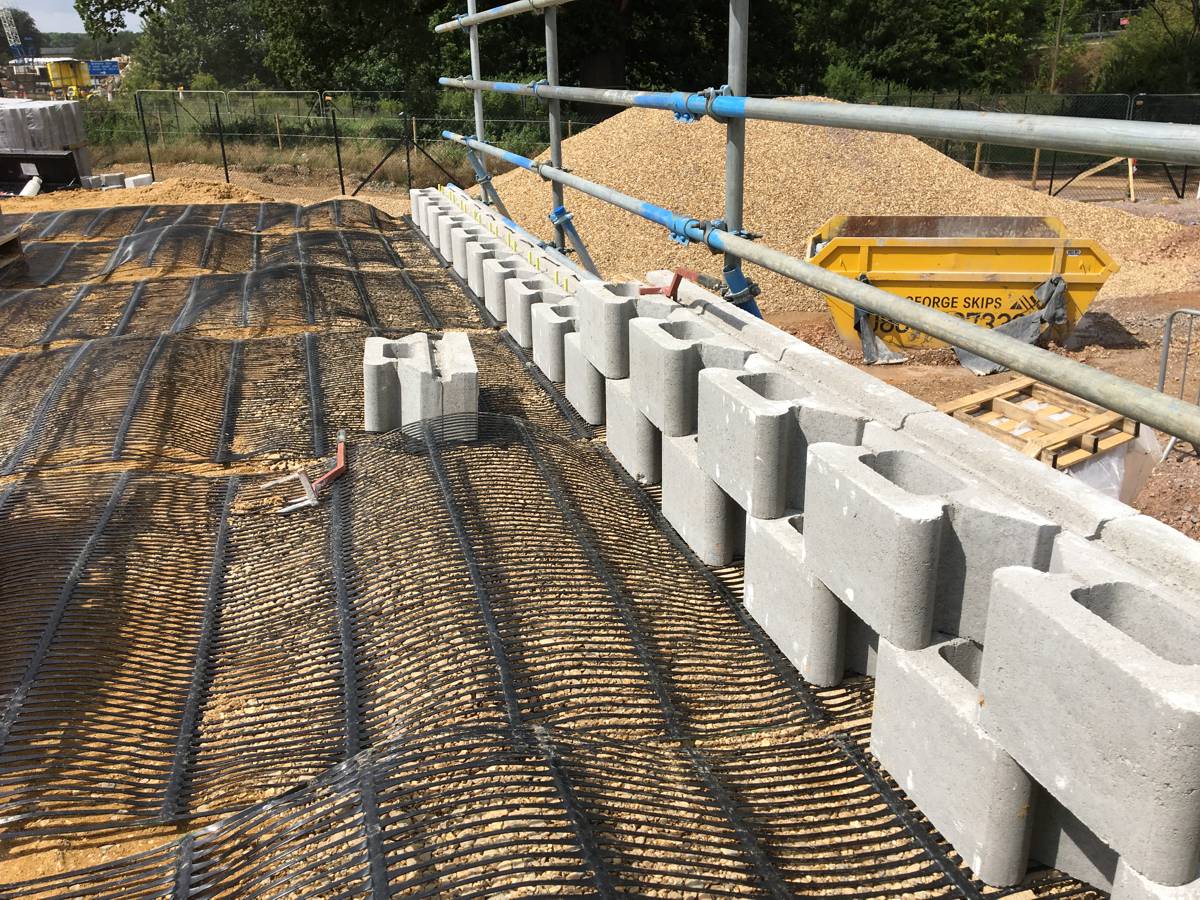 The A14 is a crucial national road link for the West Midlands and East Anglia and is also a part of the Trans-European Transport Network, connecting the M1 and M6 motorways to Felixstowe and various other key ports and commercial locations. One of the most heavily used sections of the road is between Huntingdon and Cambridge, which links the A1(M) motorway to the North of England and the M11 Motorway to London. This segment of road carries circa 85,000 vehicles a day, a quarter of which is HGV traffic – a statistic that surpasses the HGV national average expectation on roads at just ten percent.

The National Highways A14 project was developed to relieve congestion, increase capacity and make journey times more reliable, whilst also supporting regional and national economic growth. In addition to widening and making improvements to 34km of the A14, the project included the construction of the new 20km Huntingdon Southern Bypass, which was designed to divert large volumes of traffic off the A14. This included implementing upgrades to the A1, Huntingdon town centre and local roads, with better connections for horse riders, cyclists and pedestrians.

The TensarTech® TW3 reinforced soil retaining walls were built along key parts of the A14 to quickly and economically construct wing walls for new overbridges. Anderton Concrete’s Keystone product was specified over conventional reinforced concrete due to its robust and flexible nature, which accommodated the predicted settlements expected during construction and for several years after completion.

As part of Anderton Concrete’s commitment to producing  the highest standard in product quality and compliance, each concrete faced modular block and incremental panel reinforced soil  retaining walls are independently accredited in the form of complete BBA HAPAS certifications. For the  A14 project, the solutions also met the highly stringent technical approval (AIP) by National Highways.

“Our joint-progressive approach to the design and manufacture of retaining wall systems has resulted in improved cost efficiencies and ease of construction for the entire infrastructure sector,” explains Craig Roberts, Team Leader, Reinforced Soil Structures, Tensar International. “Our unique solutions set the standard by instilling confidence and improving on-site productivity, without compromising on quality or durability. We feel that together with Anderton Concrete, we’ve delivered an efficient and economical method of construction that has also helped achieve a reduction in carbon emissions and less traffic in and around project areas.”

Anderton Concrete’s Keystone (TW3) technology is at the forefront of the UK market for high quality retaining walling systems. It uses a unique high-strength fixing system that securely locks the component parts in place. At the centre of the system are pultruded fibreglass pins, which offer a high-shear strength that will last the lifetime of the wall.

Tim Fields, Technical and Development Manager at Anderton Concrete, said: “The partnership between ourselves and Tensar International has facilitated the creation of sustainable infrastructure systems that push the boundaries and expectations of the industry. Nowhere is this more true than with the A14 project, which demonstrated a new approach to the design and construction of economical, yet high performance retaining walls.”