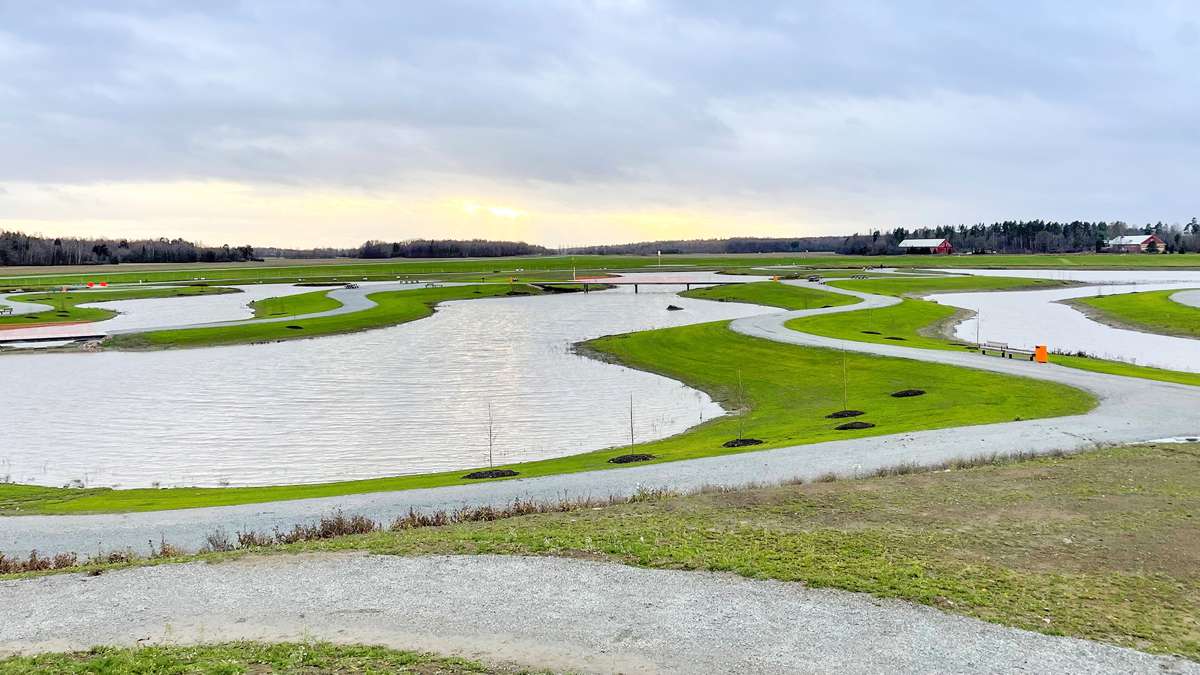 FVB expands water and sewage experience to include pipe networks

FVB expands water and sewage experience to include pipe networks

FVB has substantial knowledge in water purification and water supply but has thus far focused on plants and pumps. Now they are expanding our operations to also include pipe networks, which is something they have extensive experience with in other areas.

FVB is primarily known for working with district heating and district cooling but has also helped customers with water and sewage for many years. This primarily involves investigations, design of wastewater treatment plants, improving energy efficiency, and the control and monitoring of plants.

“Now we’re broadening our scope to also work with water and sewage systems. We have long and extensive experience with management issues in district heating, district cooling and gas,” says Gustav Myhrman.

“For the past three years, I have been a project manager for a new wetland park in Västerås, which was part of an EU project. It was recently inaugurated and was a really exciting project that received a lot of attention.”

The wetland park at Johannisberg in Sweden is nearly 15 hectares and has several functions. The main purpose is to purify rain and melt water before it reaches Lake Mälaren, but the park also promotes biodiversity and was constructed as a recreational area. There is also a hope that in the future the park can be a place for students who want to learn more about water treatment and biodiversity.

“There is increasing interest in creating wetlands, and FVB can now take on these types of assignments,” says Gustav Myhrman.

The greatest potential for water and sewage is in pipeline networks. Development areas are currently being expanded in many of Sweden’s municipalities. FVB can conduct preliminary studies on the need for water and sewage networks, design the system, and prepare technical specifications for procurement of contractors.

There is also an enormous need to upgrade and expand the existing water and sewage system. Major parts of the current system were built in the 1960s and ‘70s and were built for the needs that existed at the time. Now the cities are more densely constructed for a larger population and there are also fewer green areas to absorb and retain rain and melt water. There is also climate change, which can result in 25 percent more rainfall compared to when the systems were built. The requirements for how rain and melt water have to be handled have also gotten stricter.

According to a report from the industry organization Svenskt Vatten, Swedish municipalities need to invest SEK 23 billion per year in water and sewage over the next 20 years. Just over half the money needs to go to reinvestments in water and wastewater treatment plants and pipeline networks.

“There is a great need to replace old pipes in the ground. It’s really a neglected area. Because the pipes are underground, we don’t see how bad it is. If they were visible, we would never accept the poor condition many pipes are in today,” says Gustav Myhrman.

“The pipes are not sealed, they leak both in and out, which can cause problems. Rainwater enters the pipes and then gets into the treatment plants, which don’t have the capacity to receive as much water. Therefore, the water cannot always be treated properly,” says Gustav Myhrman.

This is where FVB’s know-how is going to be very useful according to Gustav Myhrman.