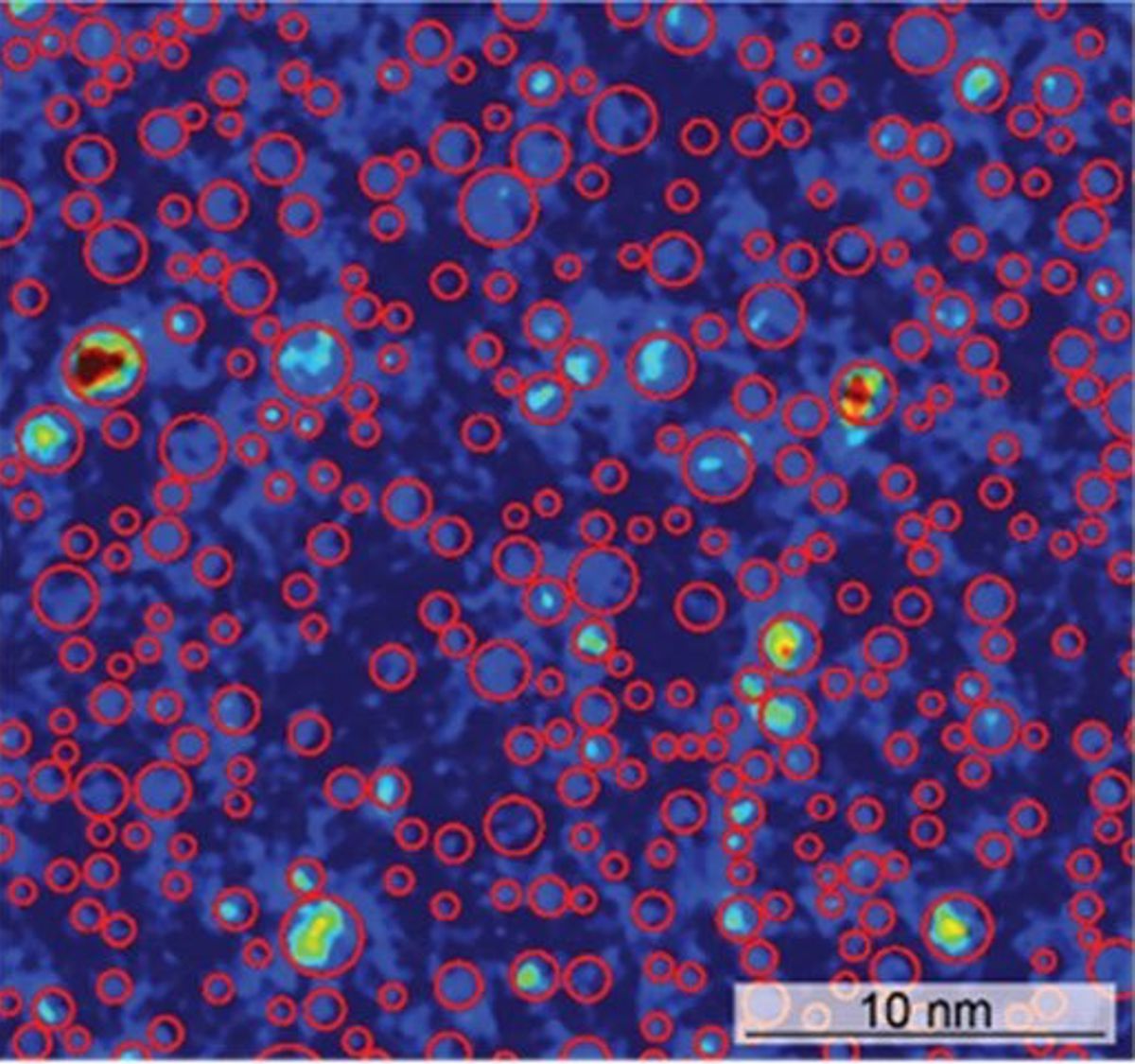 Atomic-scale Element Ordering responsible for the strength of Metallic Alloys

Atomic-scale Element Ordering responsible for the strength of Metallic Alloys

Metal alloys are materials that contain two or more atomic metal elements. They often have one primary element and smaller amounts of other elements. Scientists recently discovered a new class of alloys that have several elements combined in equal amounts.

Researchers call these materials “medium entropy alloys.” These alloys are very strong, but researchers did not fully understand the reasons for this strength. When these alloys are examined in a conventional microscope, the atoms from the different elements seem to be uniformly distributed in the material.

However, when examined in a high-resolution microscope, scientists observed unexpected clustering of the atoms. These atomic-scale clusters are the source of the alloys’ high strength.

Scientists are extremely interested in understanding why medium entropy alloys are so strong and ductile. This new research observed a compositional non-uniformity at the atomic level of the atoms in a medium entropy alloy. The researchers showed that this clustering structure is responsible for the alloy’s behavior. This new understanding might allow researchers to design advanced structural materials with targeted properties.

Medium entropy alloys are metal alloys with three or more elements, generally with the three elements combined in approximately equal proportion and mostly “solid solution” (homogeneous structure that is all one phase). Until now, scientists did not fully understand the source of their unusual mechanical properties. Microscopic studies of the materials did not show anything out of the ordinary.

Recently, scientists used the high-resolution transmission electron microscopy at the Molecular Foundry, a Department of Energy user facility, to image the structure of the alloy with atomic-level resolution. An analysis of the images showed that, although the three elements initially appeared to be randomly mixed, some elements were grouped together in very small clusters of just a few atoms. This is termed “short range order” (SRO).

The scientists determined that the degree of SRO could be manipulated through thermal treatments of the alloy. Mechanical testing showed a clear correlation between the strength of the alloy and the degree of SRO. Researchers can use this new understanding of the relationship between microstructures and their mechanical behaviour to design new alloys with targeted mechanical properties.

0 0 0
Previous : CEMEX invests in HiiROC breakthrough clean hydrogen technology
Next : Optical Material that assembles itself could enable manufacturing of NanoMaterials