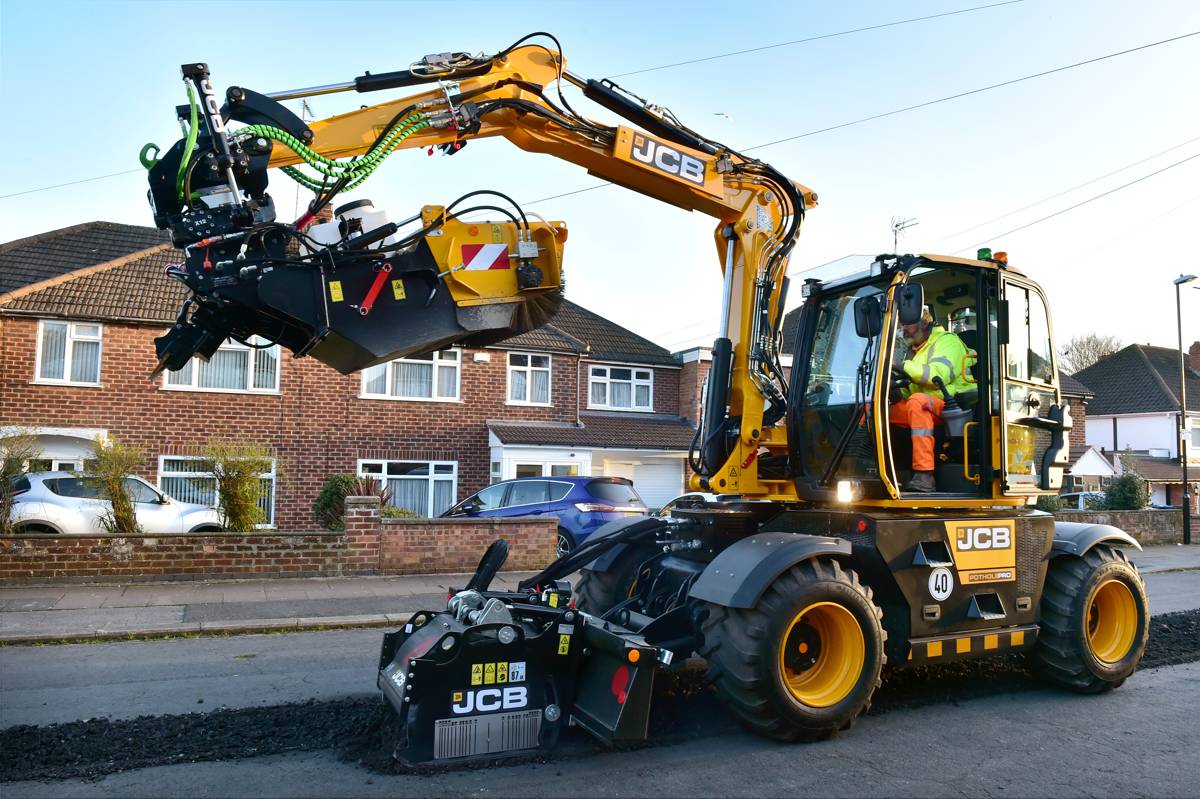 Coventry City Council has become the latest local authority to invest in a JCB PotholePro following a successful trial of the rapid road repairer.

The Uttoxeter-manufactured machine was put through its paces by the council last summer when it repaired more than 100m2 of road in just two hours – an area the council says would normally take four days to fix using traditional methods. The authority was so impressed with the JCB PotholePro, it has now bought its very own machine to help maintain more than 550 miles of road in the city.

Its first job was to repair a 40-metre stretch of road, which was one metre wide, in The Hiron, Cheylesmore, Coventry – a task completed in an hour, with a permanent fix, compared to a whole day using established techniques.

It follows the news that Stoke-on-Trent City Council – the first authority in the UK to invest in a JCB PotholePro last year – has repaired a staggering 10,000m² of road with its machine in just over four months – an area equivalent to eight Olympic sized swimming pools. Using traditional methods, this task would have taken a staggering 1,040 days or almost three years.

Coventry City Councillor Richard Brown, Cabinet Member for Finance, said: “This is a solid investment in an impressive machine. It is a game changer and is a great example of how we are using innovation in the way we provide services.”

Councillor Patricia Hetherton, Cabinet Member for City Services at Coventry City Council, added: “Innovations like this are really important. We’ve almost 900 kilometres of road to look after, so anything that can speed up the process of repair and maintenance and save money is a win-win. The highways team are really pleased about the way it is working.”

Nick Beardmore, one of the Council’s PotholePro operators, added: “It’s a powerful machine and really does make a massive difference.”

The development of the JCB PotholePro has been personally led by JCB Chairman Lord Bamford. He said: “I’m delighted that Coventry City Council is joining other authorities across the UK in investing in the JCB PotholePro, which is exceeding expectations with its speed and productivity.”

Tests with local authorities and contractors show the JCB PotholePro completes a permanent pothole repair in under eight minutes – equivalent to up to 250m² a day or 700 potholes a month.