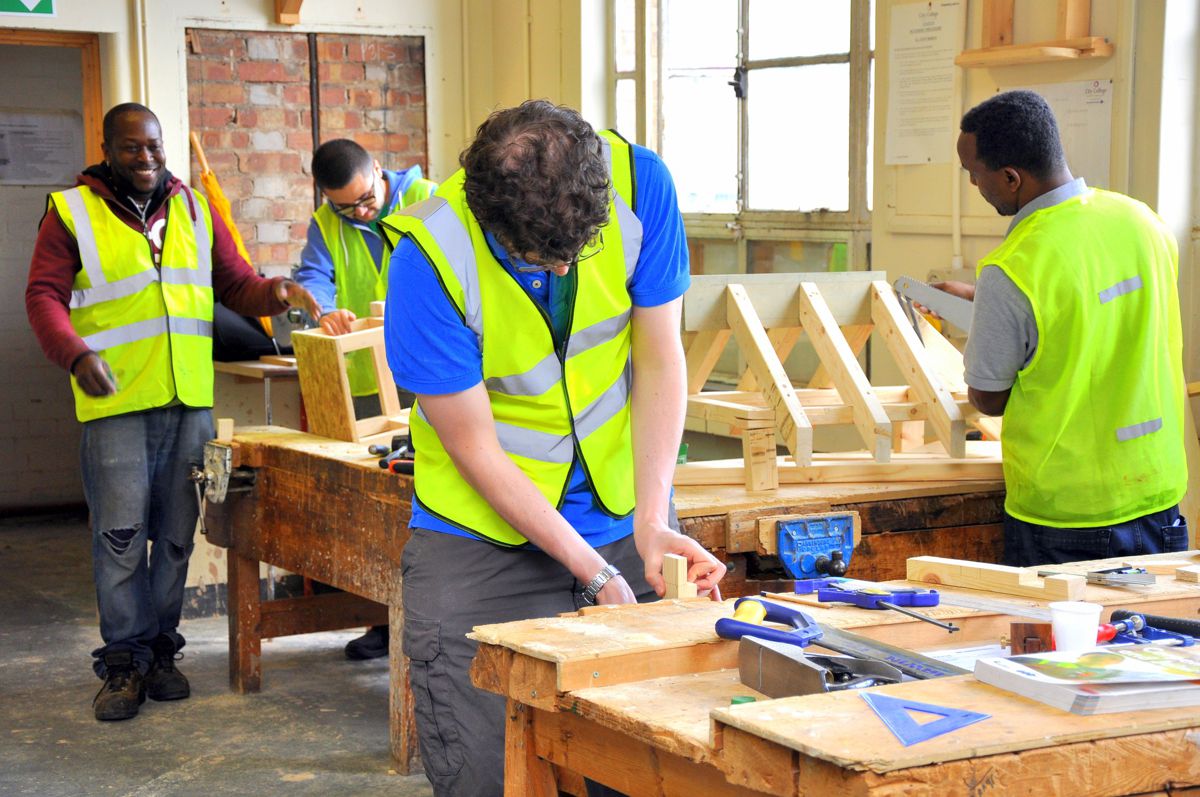 Education is the key to solving the Construction Labour Shortage

Education is the key to solving the Construction Labour Shortage

Existing workers are inching closer to retirement, the median age of construction workers is 41, and there isn’t enough new blood to replace them when they retire.

According to a report put together by the Home Builder’s Institute, the industry needs 740,000 new workers every year for the next three years to keep up with the growing demand. That’s 2.2 million new workers between 2022 and 2024. The industry has been brainstorming new ideas and ways to solve the labour shortage. Is education the key to bringing new blood into the construction industry?

Give the Industry a PR Facelift

One of the biggest problems with recruiting in the construction industry is the public perception of the work. When people think of construction, they picture long hours, back-breaking work, unrewarding career paths, and working yourself to death under the hot sun. While a lot of the work is hard, this image of hard and dirty work is one that persists, and it’s one that many young people just entering the workforce are not keen to become part of.

Gen Z, especially, is loathe to tie themselves to “slow adopters.” Any company that doesn’t work at the cutting edge of its field isn’t worth their time. Companies that don’t describe themselves as transformative — and actively make changes to live up to the word — will find themselves struggling to bring in workers that belong to the younger generations.

Bringing in new employees from these younger generations is going to require changes on multiple levels, and that starts with giving the industry’s image a facelift. There’s a great number of essential jobs on any given construction site that don’t require the sort of heavy manual labour the industry is known for — people just don’t have the opportunity to see them.

Despite the constant need for people in the trades that keep the world running smoothly, kids for the last few decades have been raised with the misconception that the only way for them to succeed in life is to get good grades in school, spend a ton of money to go to college, and get a degree they’ll probably never use or look at again. The public school system has spent decades emphasizing college over trade school, including eliminating some trade-related classes like shop in favour of courses that could push students toward a college path.

Convincing current adults — even young adults who are just entering the workforce — is just part of the solution. The rest lies in the generations making their way through their scholastic career. The military is allowed to recruit in high schools through their JROTC programs — but there is nothing stopping other industries from doing the same by offering trade-school scholarships, guaranteed work, and on-the-job training for students interested in beginning a new career.

The lack of encouragement toward trade schools means that beyond what they see in the movies and on television, most young people don’t have any idea what opportunities are available to them in the construction industry — or how much they could make creating the foundations and infrastructure for the future.

Construction managers, for example, can make an average of $97,180 per year, according to the U.S. Bureau of Labour Statistics. This position does require industry experience and a bachelor’s degree, but for the most part, these managers aren’t the front-line construction workers the average observer might picture. They’re in charge of everything from budget management to scheduling deadlines and everything in between.

Other specializations, like heavy equipment operators, plumbers, electricians, or HVAC technicians, all require apprenticeships or the completion of a trade school program. Solar installers and engineers are going to be in higher demand than ever, thanks to the push toward creating a more sustainable future. Where the construction industry is expected to grow 10% between 2018 and 2028, the solar industry is expected to grow a whopping 63% in that same period.

Education in general, and specifically with a focus on these trades and specialties, can help students of all ages begin to understand that college isn’t the only option for a fulfilling and lucrative career.

The cost of a college education is climbing rapidly, leaving many students wondering how they’re going to afford education. While inflation has risen 236% since the 1980s, the cost of attending a college in the United States has increased 1,200% in the same time period. Adjusted for inflation, it cost $1,856 to attend college in 1980, with the number climbing to $10,277 for private colleges.

Today, the cost of a standard public college is up to $9,403, and up to $34,054 per year for a private school. The rising cost of a college education is unsustainable, and often out of reach without costly student loans.

Following the money can be a great way to entice new employees to join the construction workforce. A four-year bachelor’s degree program can set you back $132,000, whereas a comparable trade school program will only cost an average of $33,000. Most current students don’t know you can get a complete education and start a lucrative career for less than one-quarter the cost of college, with less debt and a larger pay check, because it’s never provided as an option.

Working on education as an option to overcome the labour shortage means students need to understand all the options available — and presenting them with hard numbers that represent the kind of career they can build is appealing to nearly all age groups.

Continue Education Once You’ve Got Them

Enticing new employees into the construction workforce is only one piece of the puzzle. Once you’ve got them there, the challenge is to keep them. Employee turnover is part of every industry, but in construction, where people spend years honing their skills, the cost of replacing an existing worker can be costly. Now is the time to shed the perception that construction is a dead-end, labour-intensive career. Instead, offer both new and existing employees a chance to grow and thrive within the industry by offering continued education options.

This can range from connecting employees with trade shows and seminars, all the way to offering reimbursement for classes or certifications if someone wants to continue their education or pursue a new career within the industry. It will represent a significant investment, but when you compare the cost of a degree — and the skills that come with it — to the cost of training a replacement, there really is no comparison.

Give your employees — both new and existing — a career path and goals they can work toward and you’ll go a long way in both retaining your existing crew and enticing new employees into the workforce, which can help lessen the impact of the labour shortage.

As we move into 2022, it’s becoming easier to put the struggles of the last two years behind us. But that doesn’t mean the fight is over yet. These labour shortages have the potential to make the entire construction industry unsustainable in the long run.

These shortages can’t continue, and it’s up to everyone already in the industry to look for solutions to help keep construction moving forward.