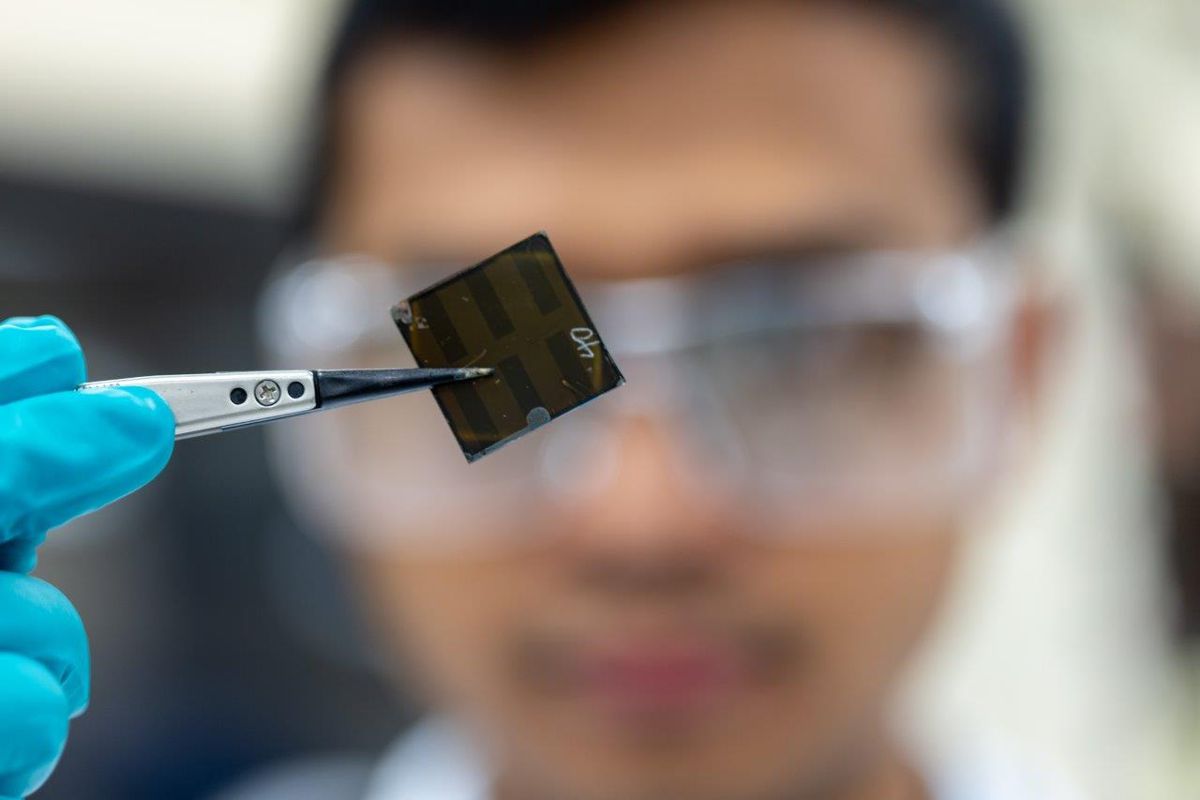 Photo Credit To King Abdullah University of Science and Technology

As global sustainability and clean energy megatrends impact how we approach energy strategies toward a greener future for the planet, renewable technologies such as wind and solar are leading areas of focus for research. In the solar technology space, the emerging field of perovskite solar cells (PSCs) has gained popularity within the last decade and a half.

However, in a field dominated by silicon solar cells, the relatively new technology of perovskite solar cells must besides offering high power conversion efficiencies (PCEs) also meet two other crucial requirements to be successfully commercialized: stability and scalability.

In a recently published Science paper, King Abdullah University of Science and Technology (KAUST) researchers have reported a significant milestone through the first-ever successful PV damp-heat test of PSCs.

The damp-heat test is an accelerated and rigorous environmental aging test aimed at determining the ability of solar panels to withstand prolonged exposure to high humidity penetration and elevated temperatures. The test is run for 1,000 hours under a controlled environment of 85% humidity and 85 degrees Celsius. It is meant to replicate multiple years of outdoor exposure and evaluate factors such as corrosion and delamination.

The harshness of the test is in line with commercialization requirements of photovoltaic (PV) technology needing to cover 25 to 30 years of warranty for conventional crystalline-silicon modules. In order to pass the test, the solar cell has to maintain 95% of its initial performance.

Led by Randi Azmi, a postdoctoral fellow in Stefaan De Wolf’s KAUST Photovoltaics Laboratory, their research had to overcome an enduring weakness in encapsulated PSCs to prevent packaging leakage. This vulnerability of 3D perovskite films is what allows the unwanted infiltration of atmospheric agents and offers limited resilience against heat. The solution found by the KAUST researchers is the engineering and introduction of 2D-perovskite passivation layers to simultaneously enhance the power conversion efficiencies and lifetime PSCs.

The specificity of perovskites is that it’s a thin-film technology. As is the case with conventional solar cells, two contacts made of specific types of materials are still required. One will collect electrons and the other’s function is to collect positively charged ‘holes’—which represent the absence of electrons. But, unlike silicon wafers, perovskites can be coated directly on a glass substrate, using a precursor solution. The solution is made with a solvent that gets crystallized into a solid state.

One of the significant advantages is that precursor materials can be made without the need for expensive facilities and energy-intensive environments of over 1,000 degrees, which is typical for more traditional semiconductors such as silicon.

“It’s a very simple way to make solar cells. Also, while the optoelectronic properties are not unique, they are excellent. They’re on-par with very high-quality traditional semiconductors. That’s quite remarkable,” explained De Wolf. By altering the composition, it’s also possible to tune the spectral sensitivity across the solar light spectrum from UV up to infrared. This is quite attractive for certain applications.

The remaining challenge, after performance and stability, is scaling. Most solar cell applications are focused on utility-scale sectors as well as rooftop panels.

“The market is silicon-based, and it will be silicon-based for the next 20 years at least,” said De Wolf. “So we are mainly focused on improving the performance of perovskites solar cells in order to advance more efficient ‘tandem’ solutions pairing both traditional silicon and perovskites, where the current findings will aid much in increasing the reliability of such perovskite/silicon tandem solar cells.”