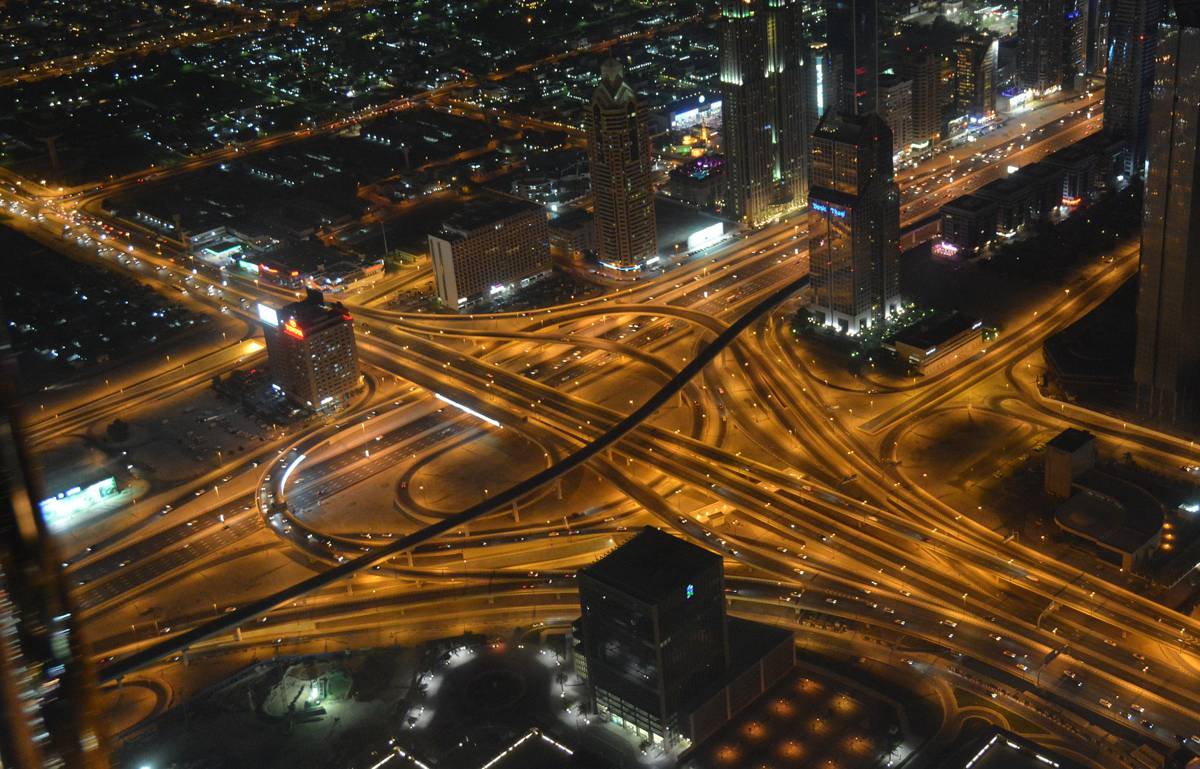 Every day, hundreds of thousands of commuters across the country travel from houses, apartments and other residential spaces to commercial buildings — from offices and schools to gyms and grocery stores. These destinations, combined with transportation between them, account for more than half of the total energy consumed in the United States each year.

To determine how these daily mobility patterns affect energy usage, researchers at the U.S. Department of Energy’s Oak Ridge National Laboratory partnered with the Smart City Division within the City of Chattanooga’s Department of Information Technology. Benefits from this work could ultimately include more efficient heating and cooling of buildings based on their populations and faster, better informed responses in emergency scenarios.

The team studied traffic data captured by 45 sensors stationed at major intersections in the busy downtown area of Chattanooga, a technologically advanced “smart city” in Tennessee that boasts a total of 100 traffic sensors and is home to multiple ORNL-led projects.

Although the sensors are designed to monitor traffic flow and reduce congestion by optimizing the timing of signal changes, the dense network was suitable, too, for the researchers to study the energy consumption of nearby buildings. They used Voronoi diagrams, which are computational geometry maps that assign buildings to one or more intersections within walking distance, to create occupancy schedules that estimate vehicle arrival and departure times. The schedules also approximate the number of people present in specific structures over the course of a year.

Led by ORNL researcher Andy Berres, the team focused on two adjacent sections, or “cells,” containing a finite number of intersections and buildings to obtain useful data while maintaining the privacy of individuals. The results are published  in Building Simulation.

“There are a lot of aspects for which the number of people in a building makes a difference, and with these improved occupancy schedules, you can get a much more accurate picture of what’s actually happening energy wise,” Berres said.

Increases in building occupancy can lead to more demand for heating, ventilation and air conditioning; electricity; and other utilities, whereas decreases in occupancy may result in energy wasted on amenities in unoccupied areas. Although stock occupancy schedules can provide some insights into this balancing act, the team’s custom counterparts include more detailed data for individual buildings. The researchers anticipate that tracking monthly and seasonal trends in these schedules will reveal opportunities for enhanced efficiency.

“Basically, we’re trying to get a better idea of how many people are where at what times of day,” Berres said. “We are currently compiling hourly schedules, but those could be broken up into shorter segments of 5 or 10 or 15 minutes to be more precise.”

Because traffic and building occupancy decreased during the COVID-19 pandemic — especially in March and April of 2020 when many businesses were closed — Berres compared measured energy use from 2019 provided by EPB of Chattanooga with simulated energy use for both default and custom occupancy levels in 2020. Outside of those two months, weekdays in both years saw similar levels of activity.

This work builds on a previous project focusing on Chicago, Illinois, by many of the same team members. Berres, ORNL’s Jibo Sanyal, Computational Urban Sciences group leader, and their collaborators ran simulations based on data from the Illinois Department of Transportation, the National Household Travel Survey and LandScan using the Titan supercomputer. (Titan was decommissioned by ORNL’s Oak Ridge Leadership Computing Facility, a DOE Office of Science user facility, in 2019.)

Instead of Voronoi diagrams, which are centred around the area of interest and typically ensure that adjacent vehicles are assigned to the same cell or neighbouring cells, the researchers simulated building occupancy schedules using quadtrees. These computer graphics data structures, which resemble genealogy charts, sometimes place vehicles from the same geographic vicinity in separate branches of the tree, which presents them as distant relatives rather than immediate family members. The team’s work was published in the proceedings of the IEEE International Conference on Big Data.

“We went from enabling simulation capabilities in Chicago to actually capturing real-world data and applying these techniques in Chattanooga,” said Sanyal, who leads the Regional Mobility project through which the team obtained access to traffic sensor data. “Voronoi segmentation is one method for overcoming some of the challenges of studying how a transportation network affects energy applications.”

Better building occupancy schedules could also help first responders determine how many people from each building may need help evacuating during emergency scenarios, such as natural disasters. Between this effort and related projects focused on developing digital twins of both buildings and roadways, Berres envisions a future in which daily operations could be adjusted in real time to maximize energy savings in response to traffic incidents.

“If there’s construction on the interstate, people might come into work later because they didn’t account for that amount of traffic,” they said. “So, it might be beneficial to start the air conditioning in an office building a little later to save some energy because most people are not there yet.”

Updated traffic sensors with the ability to count pedestrians, bicyclists and public transportation users in addition to cars could further improve the accuracy of building occupancy schedules in Chattanooga and other smart cities, both nationally and internationally.

“Buildings account for about 40% of energy consumption in the United States, and HVAC systems play a major role,” Berres said. “Gaining a better understanding of the time people spend in buildings and adjusting HVAC schedules accordingly could really improve energy efficiency.”