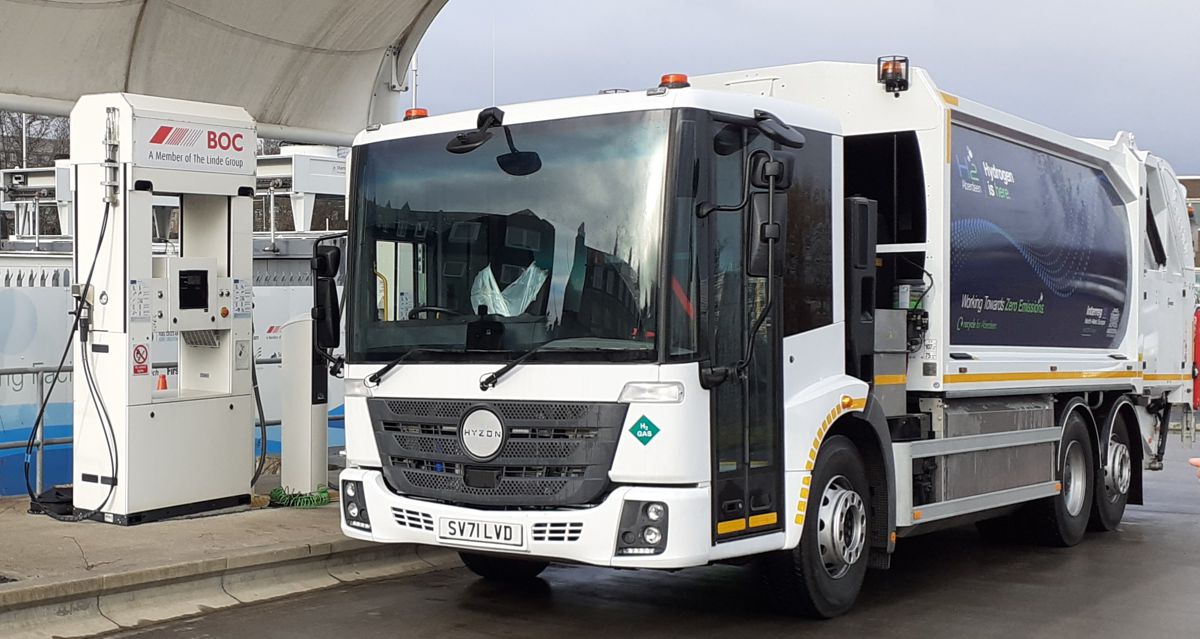 Allison Transmission has announced that it has been selected to provide the propulsion system for the UK’s first hydrogen fuel cell refuse collection vehicle (RCV).

Aberdeen City Council has chosen to pair a 250 kW Hyzon electric motor with an Allison 3000 Series™ transmission in conjunction with a 45 kW fuel cell. The council’s decision to select the 3000 Series transmission is a testament to the capability of Allison’s dynamic portfolio of propulsion solutions, which can support and optimize emerging propulsion technologies such as hydrogen fuel cells.

The RCV, which is powered by Aberdeen’s existing hydrogen infrastructure, has a range of 155 miles (250 km), enabling it to travel greater distances than existing electric vehicles. This range enables these refuse trucks to complete their route without returning to the depot to recharge.

Aberdeen City Council’s innovative new hydrogen-powered refuse truck is based on the 4200 mm wheelbase HH-Mercedes-Benz Econic Hydrogen chassis and has a 15kg tank capacity at 350 bar and 140 kWh batteries at 700 volts.

The vehicle is the latest step in the ‘H2 Aberdeen’ initiative, which aims to bring about a hydrogen economy in the city’s region. In 2018, Aberdeen City Council deployed the UK’s first hydrogen-powered sweeper vehicle, which also features an Allison transmission.

“Aberdeen City Council currently operates 500 vehicles equipped with Allison transmissions and has been impressed by their drivability and durability for many years,” said Nathan Wilson, Account & Area Sales Manager, United Kingdom & Republic of Ireland at Allison. “Allison’s automatic transmissions are well-designed to support alternative-fuel and new-power vehicles. For these reasons, the Council specifically requested that its new hydrogen-powered RCV be equipped with an Allison transmission as well.”

Aberdeen City Council’s new hydrogen-powered truck combines the Econic’s low-entry cab with a vehicle body made in the Netherlands by waste collection solutions specialist Geesinknorba Group. Equipped with a combi split bin lift, this vehicle went into service in March on a domestic refuse collection duty-cycle which includes constant stop-starts for 7.5 hours per day and 5 days per week.

A manual or automated manual transmission (AMT) would struggle to meet these demands because of wear and tear on the clutch. Allison’s fully automatic transmission replaces the mechanical clutch with a patented torque converter. This reduces maintenance requirements and improves drivability, making vehicles easier to control during stop-starts and low-speed manoeuvres.

The Allison transmission also provides the power take off (PTO) required to support vocational vehicles, such as refuse collection vehicles.

0 0 0
Previous : The Jordan Company acquires four businesses from Trimble
Next : Lifting the lid on Business to Government Commerce